Leading up to our trip to the South I… of course read a lot and did research on 2 main topics: Slavery and Hauntings! I wanted the real back stories of the places we were going to see before I went and I am so glad I did! We arrived to Savannah late Saturday night and immediately went to do a haunted tour…. 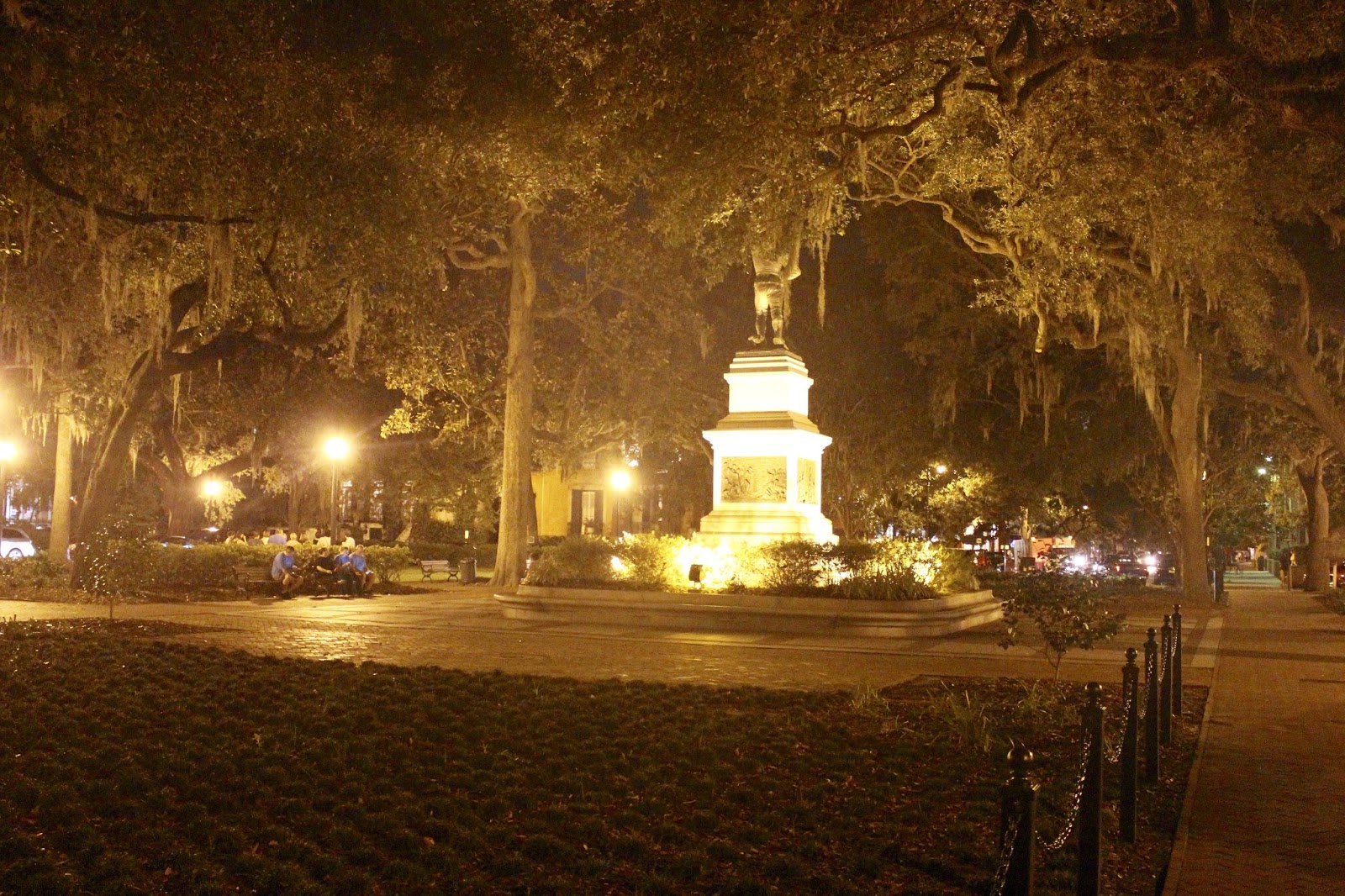 This home is one of the most haunted in the country….. this has been featured on The Travel Channel, Ghost Hunters and Ghost Adventures. When you have a house from the 1700s, that housed slaves, deaths, wars and hundreds of years.. I mean how could you not? One instance is when the lady of the home realized her husband was sleeping with a slave she killed herself and then that slave hung herself in the home as well. This is documented deaths and several times these shows caught EVP’s of the slave saying she was raped. It’s insane! 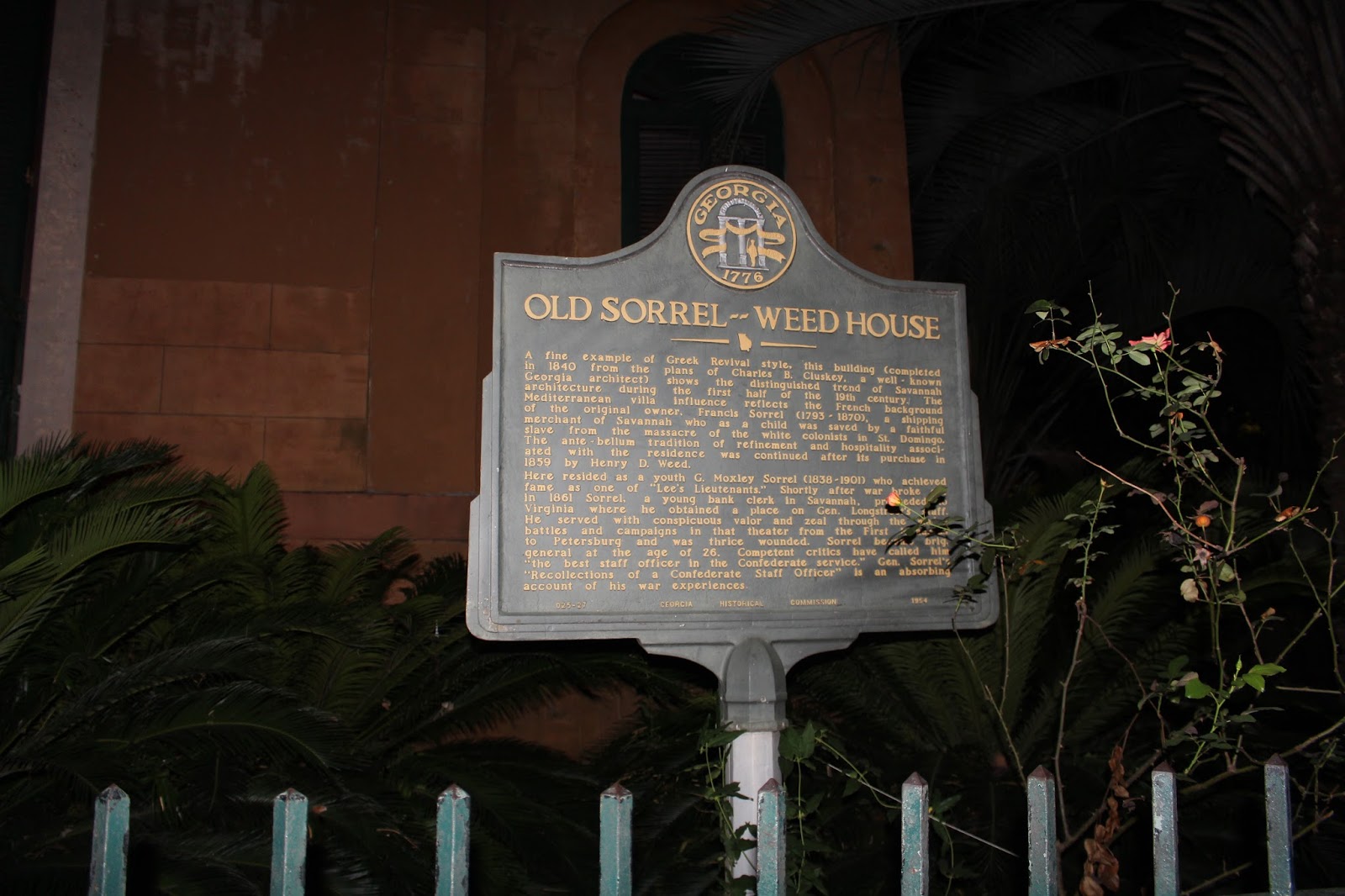 I was so excited for this and Matt and I did LOVE the tour but sadly 6 guests on our tour were so drunk and rowdy that they almost got escorted out and that really ruined the time I had. I believe in this and wanted to take it serious and these people made that near impossible. 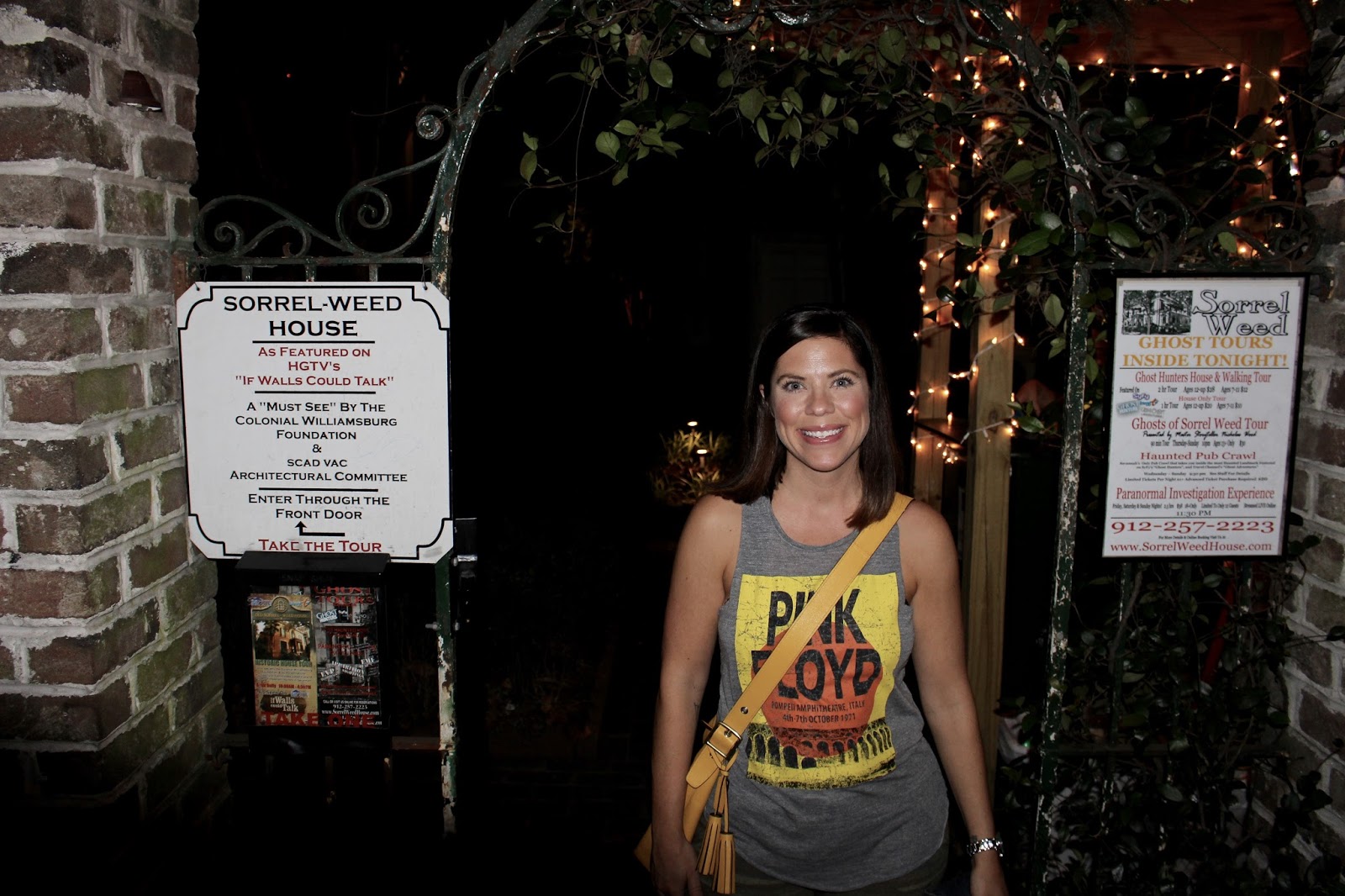 This is the original mirror from the 1700s that several paranormal shows have caught pictures and light anomalies in. Smile Matty…. 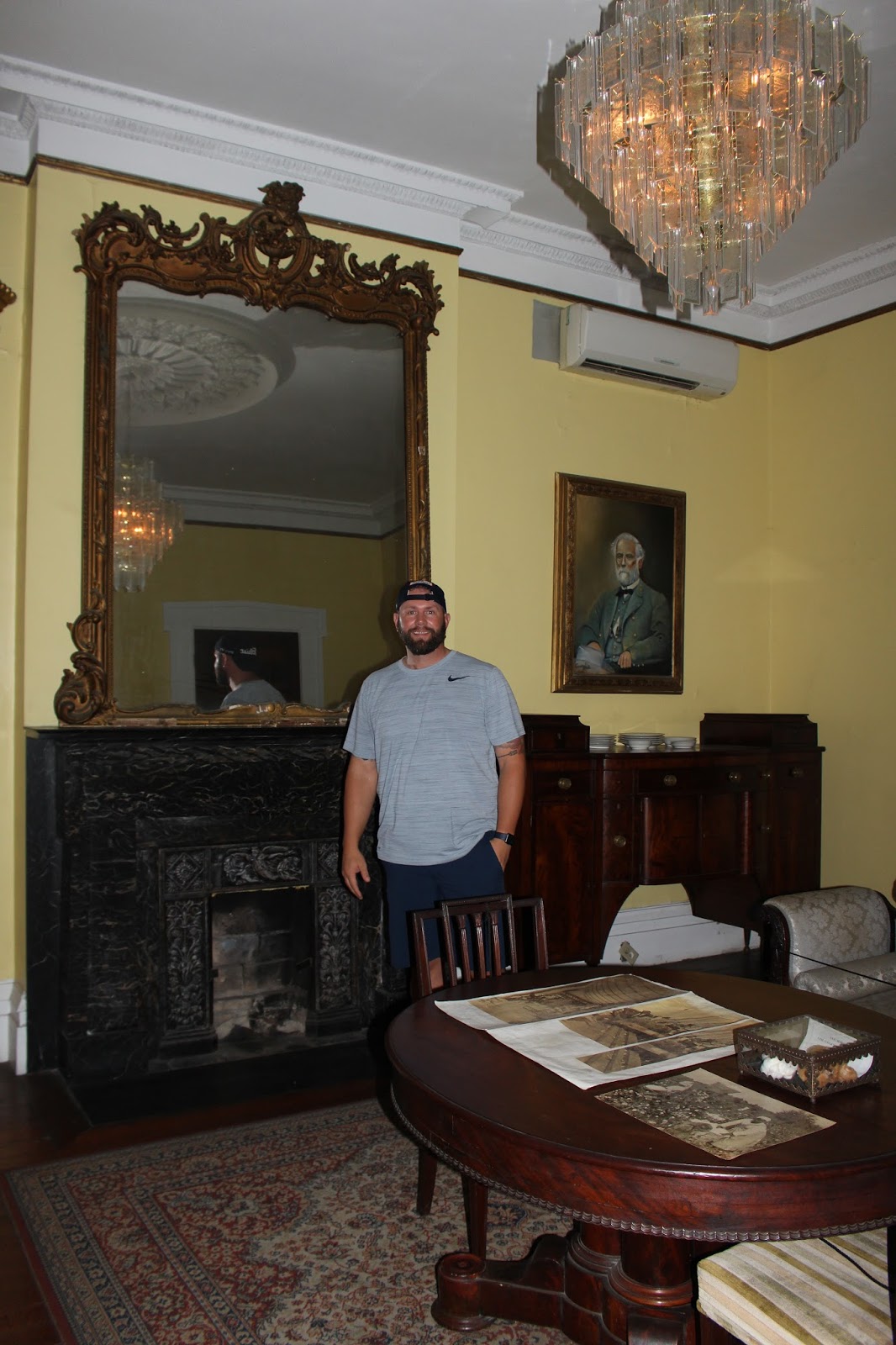 I am 99% sure that this picture I took was a light distortion but this is in the basement which is the most haunted place in the home. A former resident performed autopsies in this basement and used it has a funeral parlor for sometime. But you never know, maybe this picture IS in fact something. 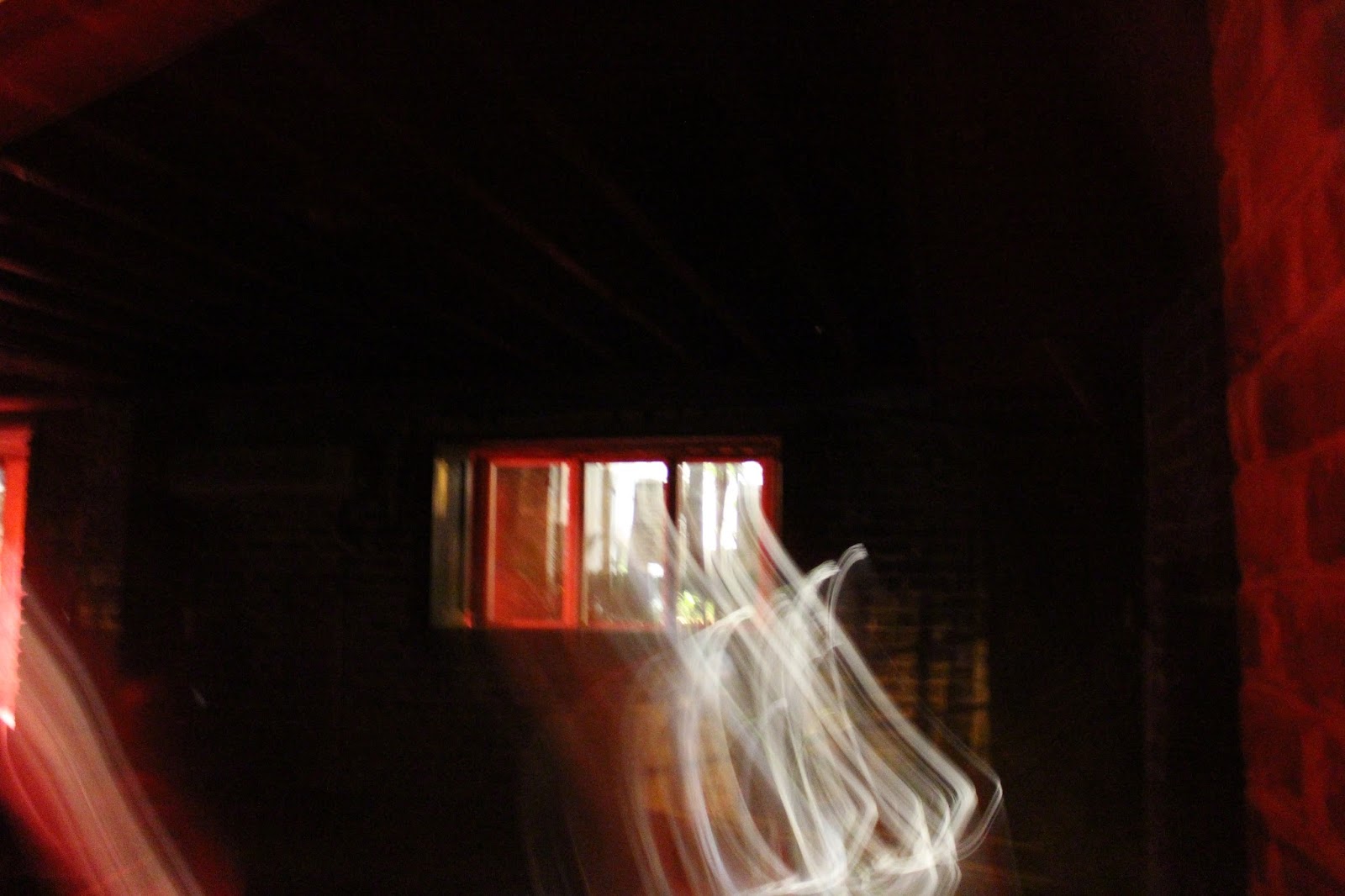 Across from the Sorrell Weed home which you can learn more about HERE is this home below…..
and here is the story. A while (long time ago) back a very distinguish guest stayed in this home and he experienced a night full of paranormal activity and he actually LOVED it! He then sketched the home over the weekend and went back home to California. This guest then had this home re-built exactly in this “theme park” he was building…… yes, you guessed it Walt Disney himself!! This home is the real Haunted Mansion that Walk stayed in and that inspired him! SOOO cool! 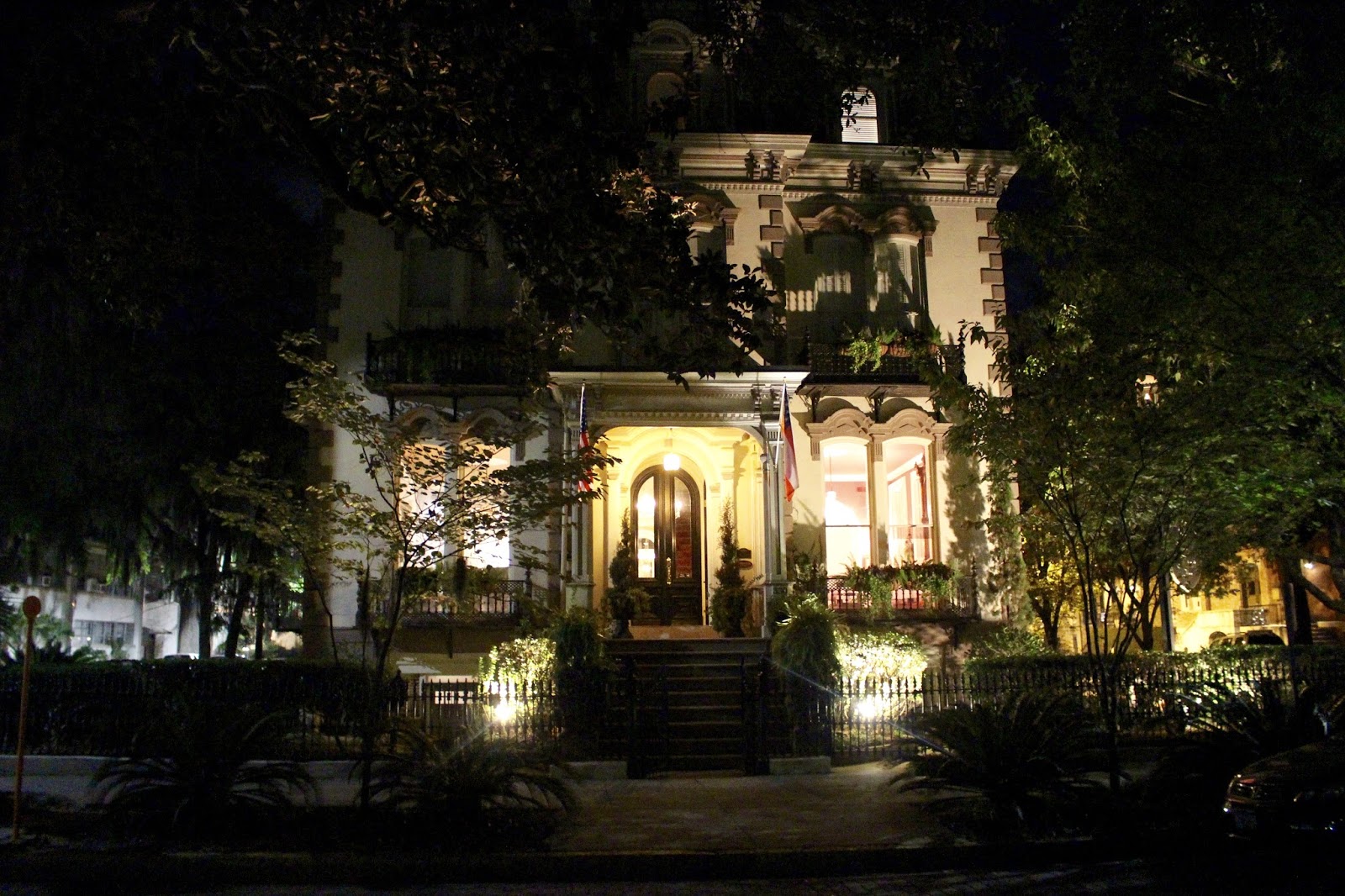 With Farmers Insurance we took a historic Mansion tour by trolley one day and I LOVED this home! This was a very famous home that also has the carriage/slave house still in tact. And we got to take a private tour… 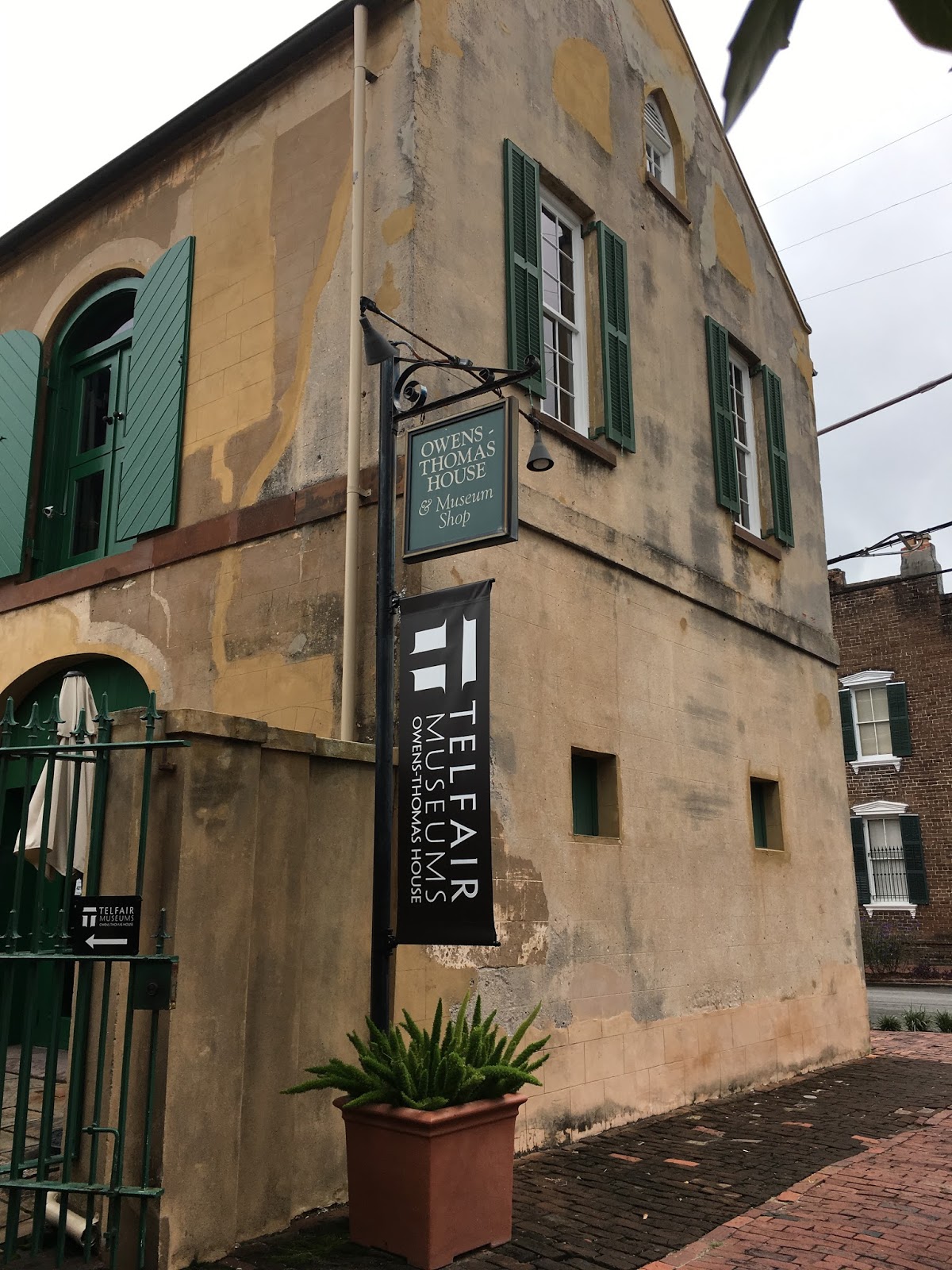 Can you just picture 10 slaves in this room over the open fire making dinner for large parties? This home is also said to be very much haunted and I loved stepping back into time. 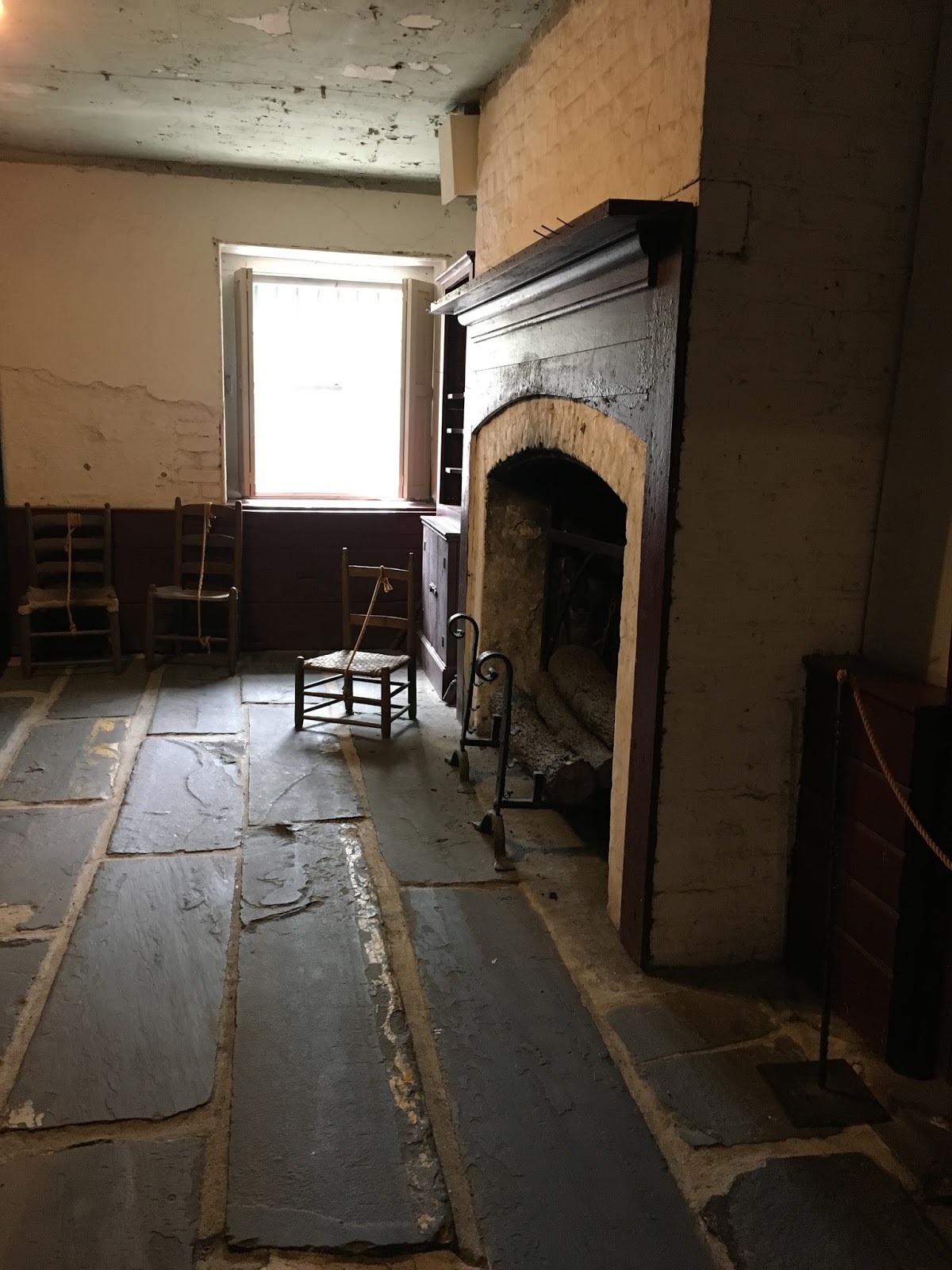 But this one picture is my FAVORITE this right here is a ceiling and is the largest preserved Haint Blue paint discovered in the world. Haint plaint was made with indigo and it is what slaves would paint their doors and ceilings with to ward off evil spirits and this came from Africa where these slaves were taken from. I was in awe standing under this …… 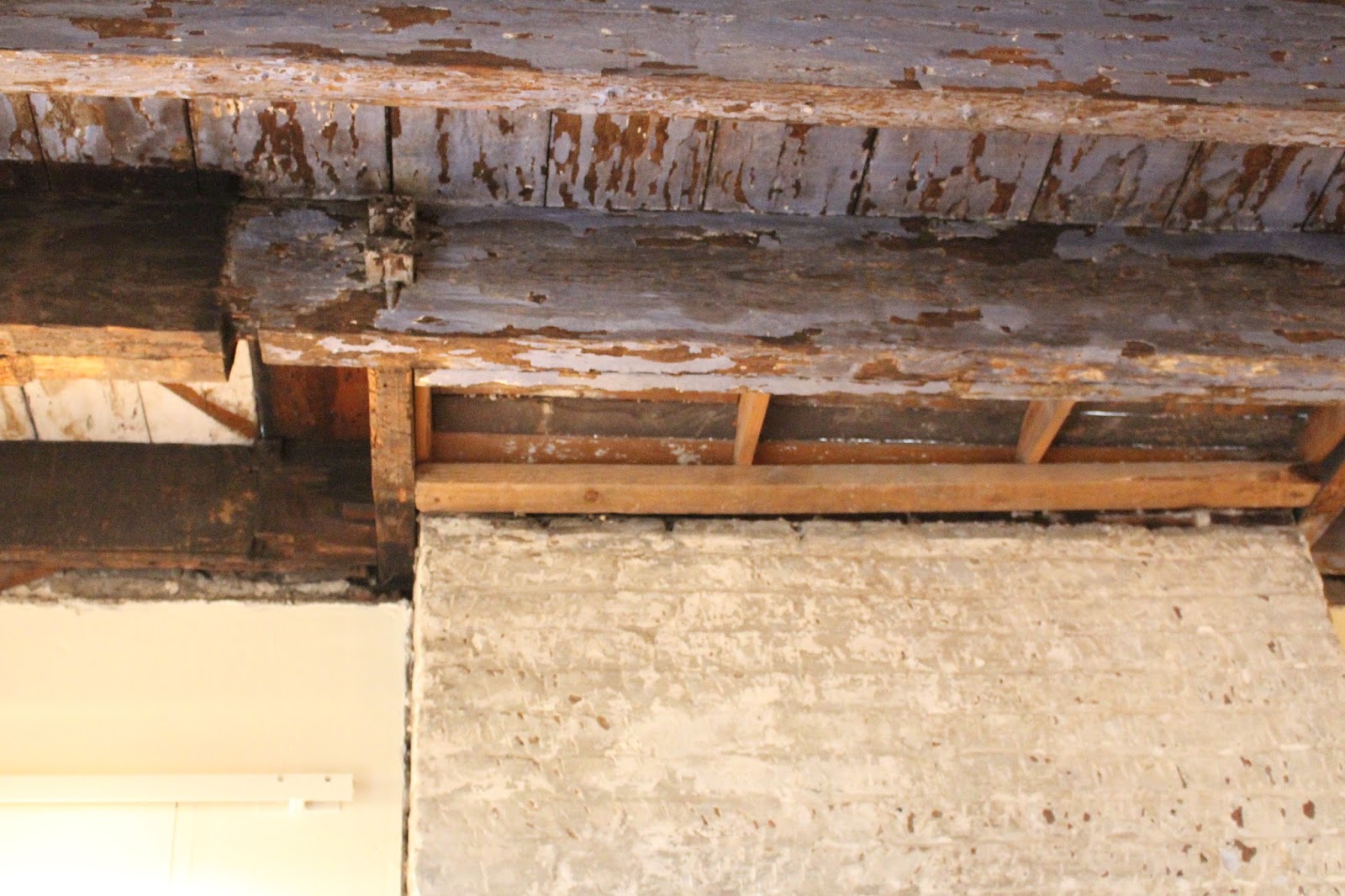 I have so many more stories but I have a lot to do today friends! I will be back later!