Hey Guys! Happy Monday, I hope you all had a wonderful weekend….. we had a nice one! I will have some movie reviews for you guys later this week but I am still on vacation posts today.. I know, yes there are a few more!
What I noticed about Charleston is that it seems to be 1 part Colonial, 1 Part Spanish and 1 Part Modern and all of those parts make for one incredibly beautiful city full of rich history. I LOVED how every street was lined in vintage gas lamps and I learned while there that the city MUST keep those lamps. Any place in Charleston over 75 years old MUST remain exactly the same on the outside as it was over 75 years ago. An expensive law that keeps this city the popular destination it is today! 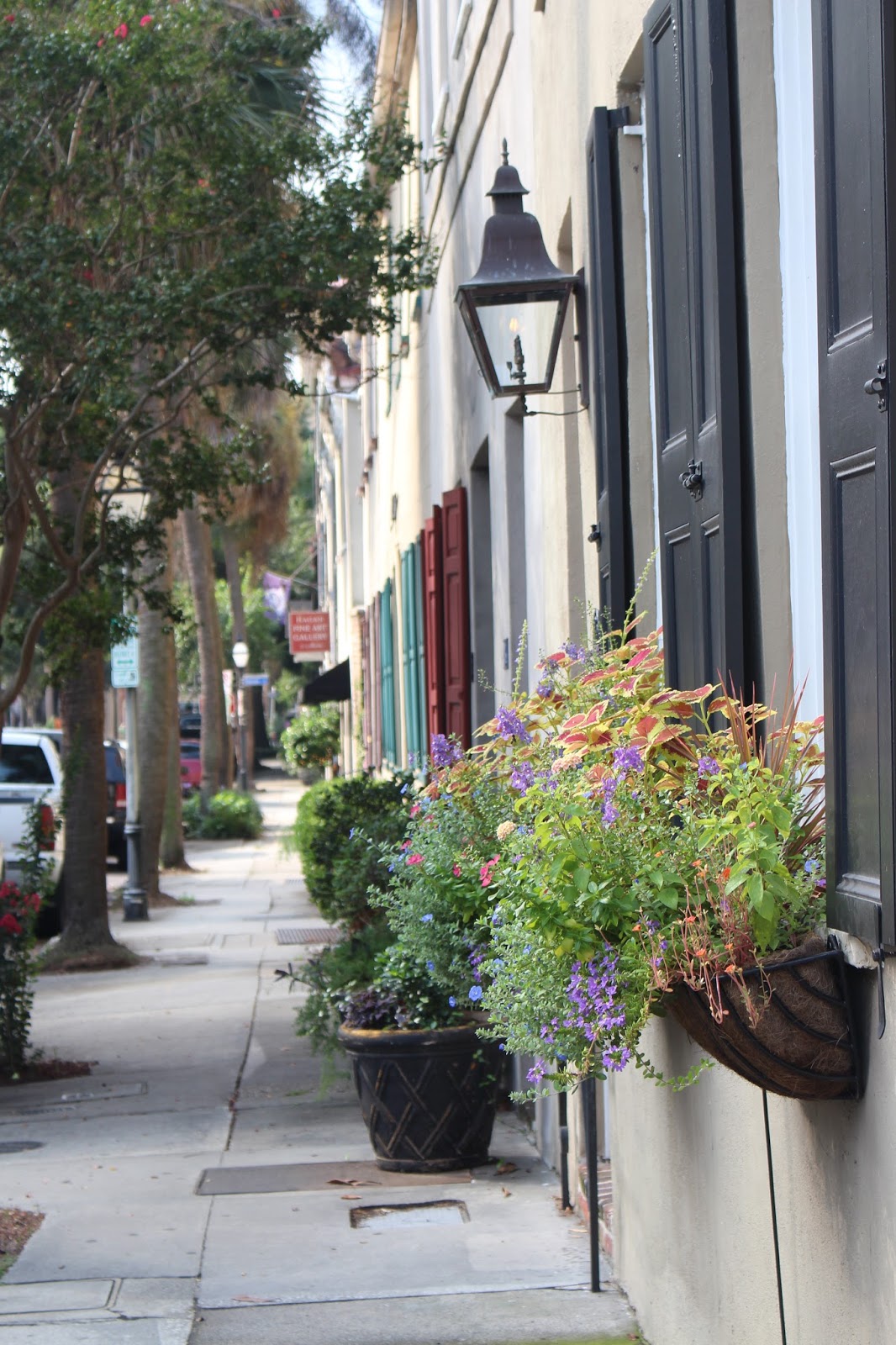 While Matt was off golfing on the STUNNING Kiawah Island which ranks as the #6 Golf course in the US I set off to explore the city. My first stop was the Slave Museum, which is really where and how this city and our nation got its start. Charleston was the largest port for bringing in slaves and selling them, they estimate that over 300,000 people were bought and sold here right here at this location. 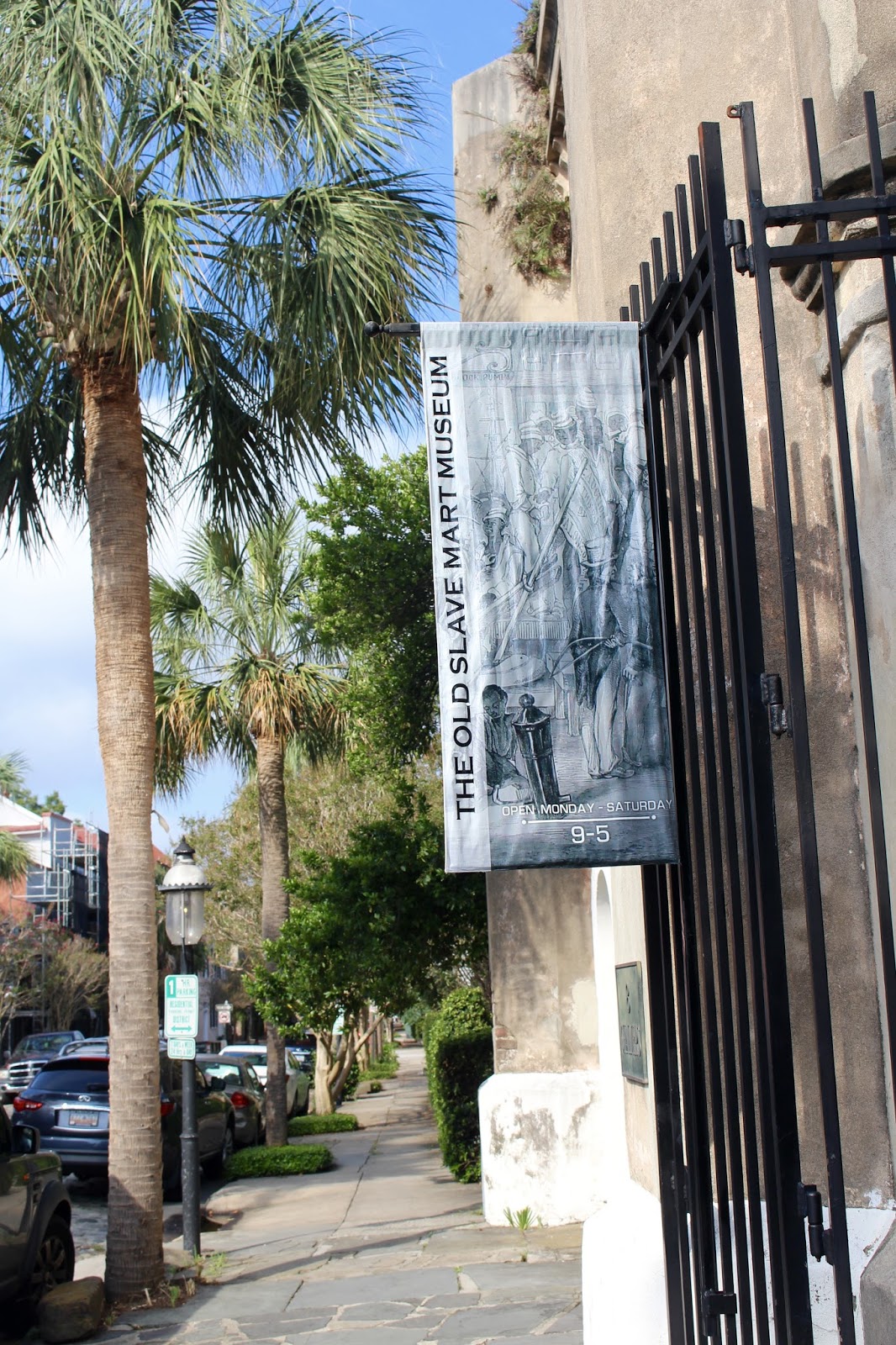 This building which housed the halls where REAL people were sold is now a museum. I can barely let my mind wander to picture what it was like back then for the people inside these walls. The artifacts and diagrams on the wall depicts what life was like back in the 1700s-1800s and you really need to see it for yourself. 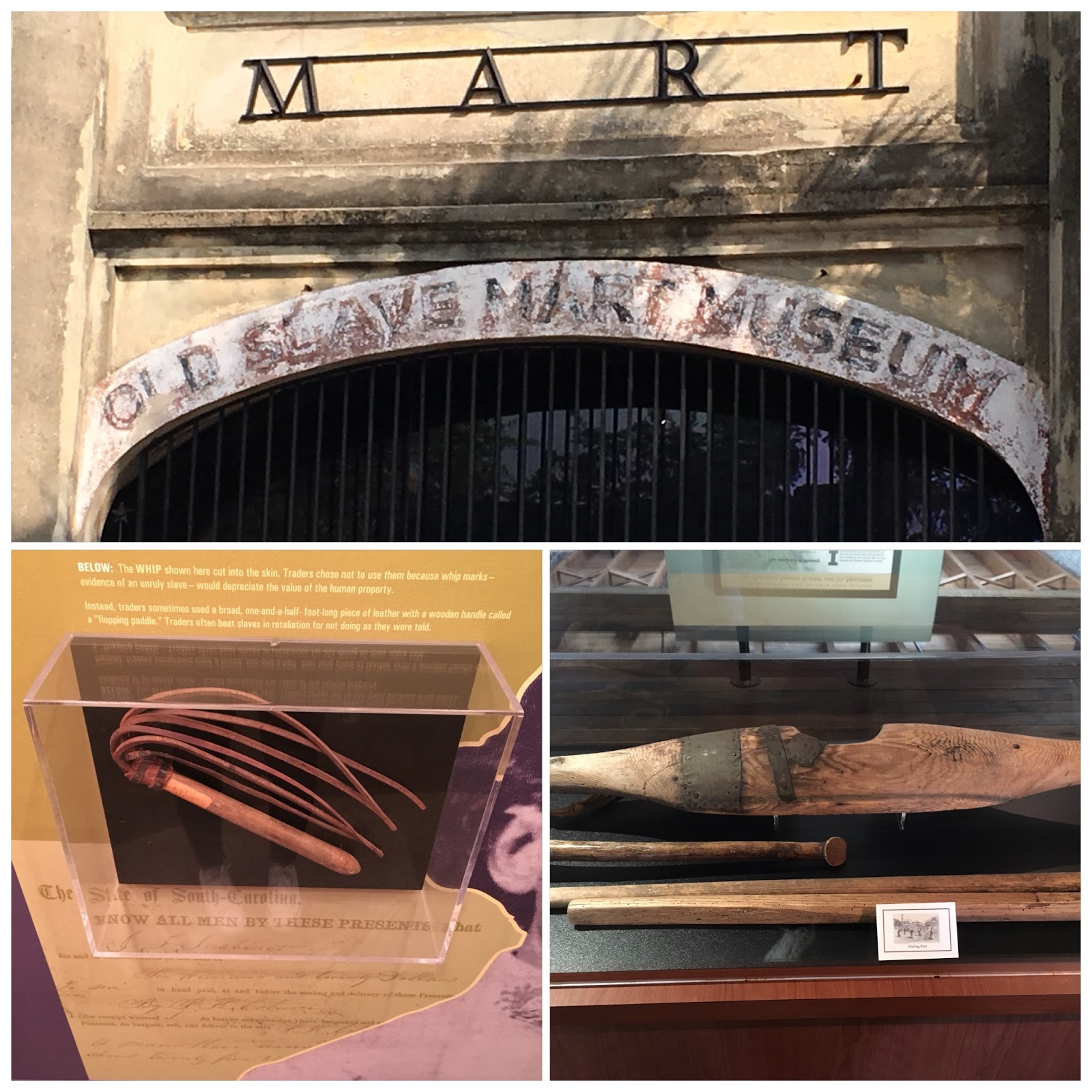 Next I followed in the steps of the slaves to the Museum of the Aiken-Rhett house. This house was once the governors mansion and was built in 1820. Not all slaves worked on Plantations this home had a slave house and was literally frozen in time. I took the audio tour which was so interesting, I wish Matt could of toured this with me. Below I am inside one of the slave rooms which sadly for that time was quite nice. 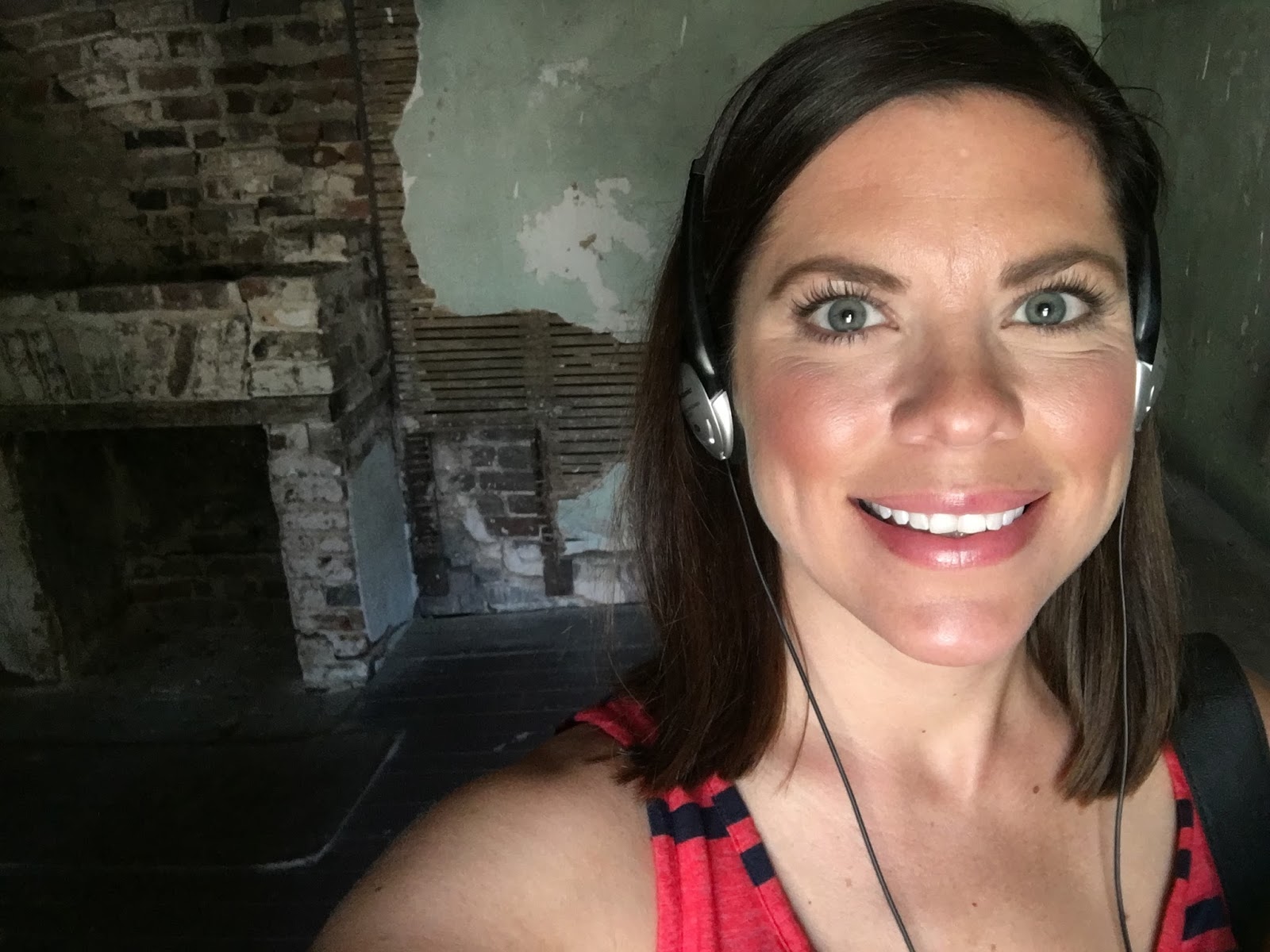 What I LOVED about this home was that instead of restoring this mansion, they let it be as it was… dilapidated and all. It was eerie and beautiful at the same time and I HIGHLY recommend this tour if you are going to be in Charleston! You can learn more about the home and tour HERE 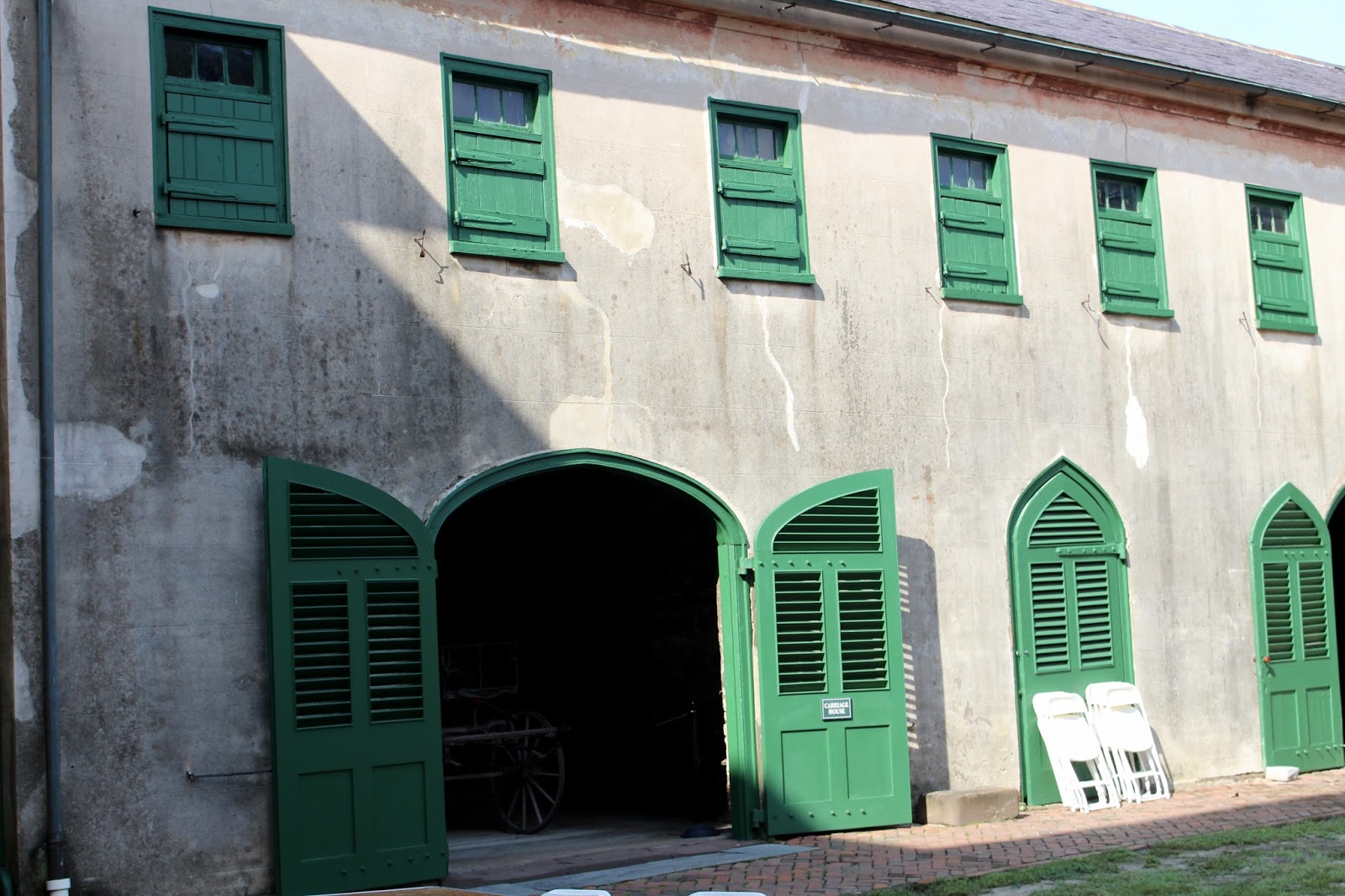 The picture above is the outside of the carriage house that housed the buggy, horses as well as additional slave quarters on the second level. Below is what remains of the kitchen, imagine the slaves in here cooking for the big house. 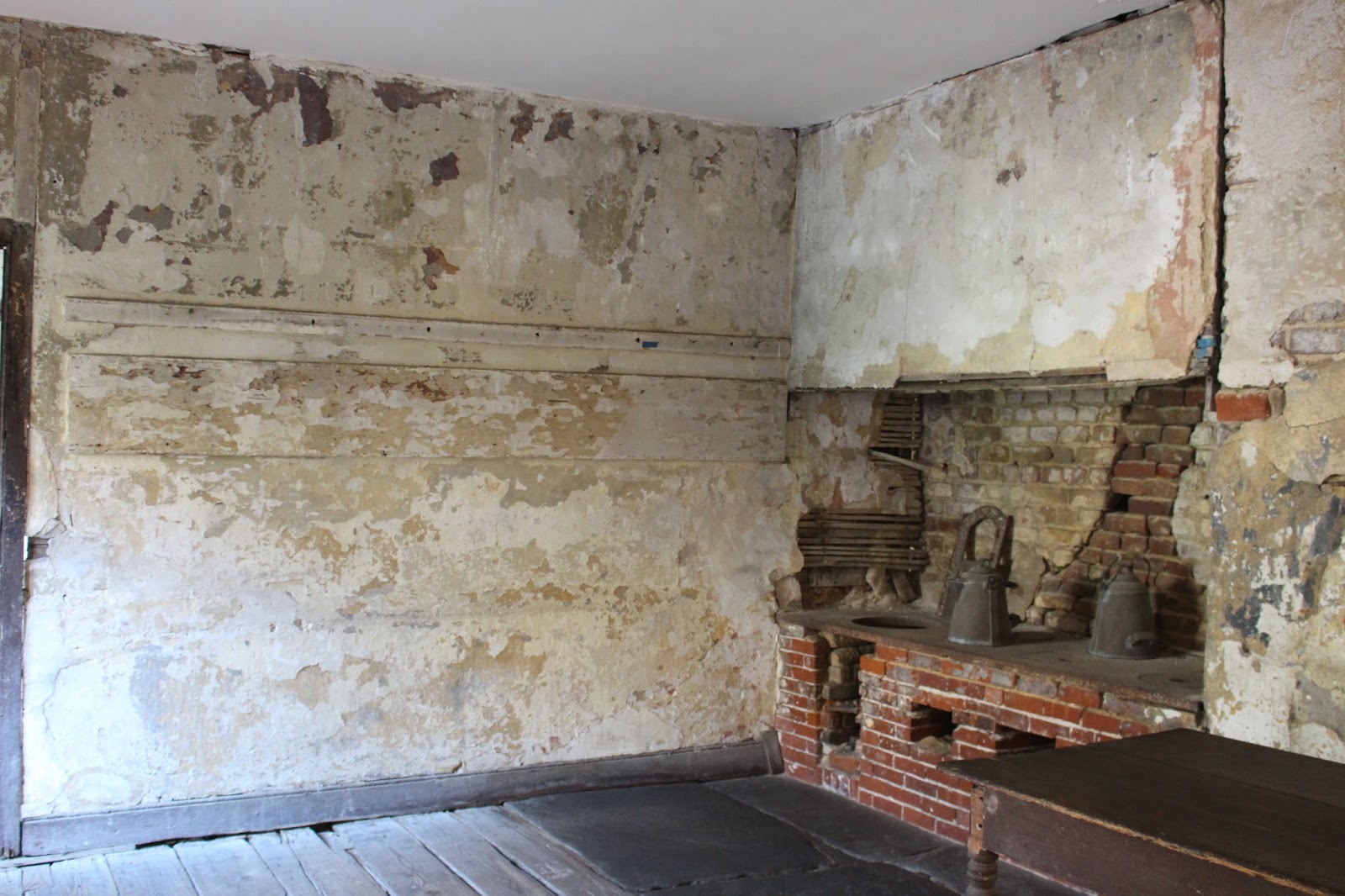 This was another room in the kitchen that most likely housed the pantry items and the cooler box as well as the hearth used to cook items in addition to the “stove”. Back then the kitchen was always a separate house that way in case of a fire the big house would be spared. 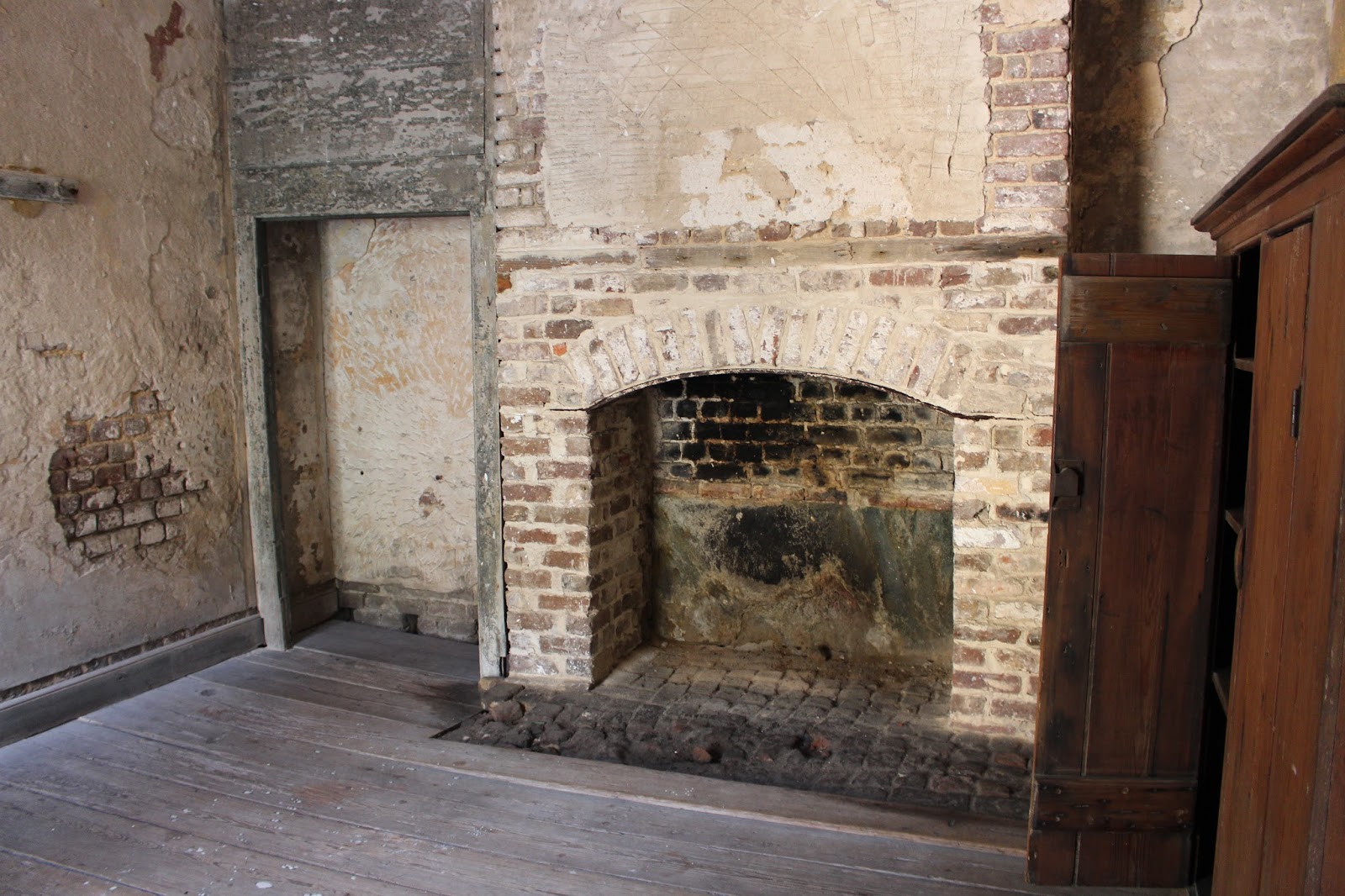 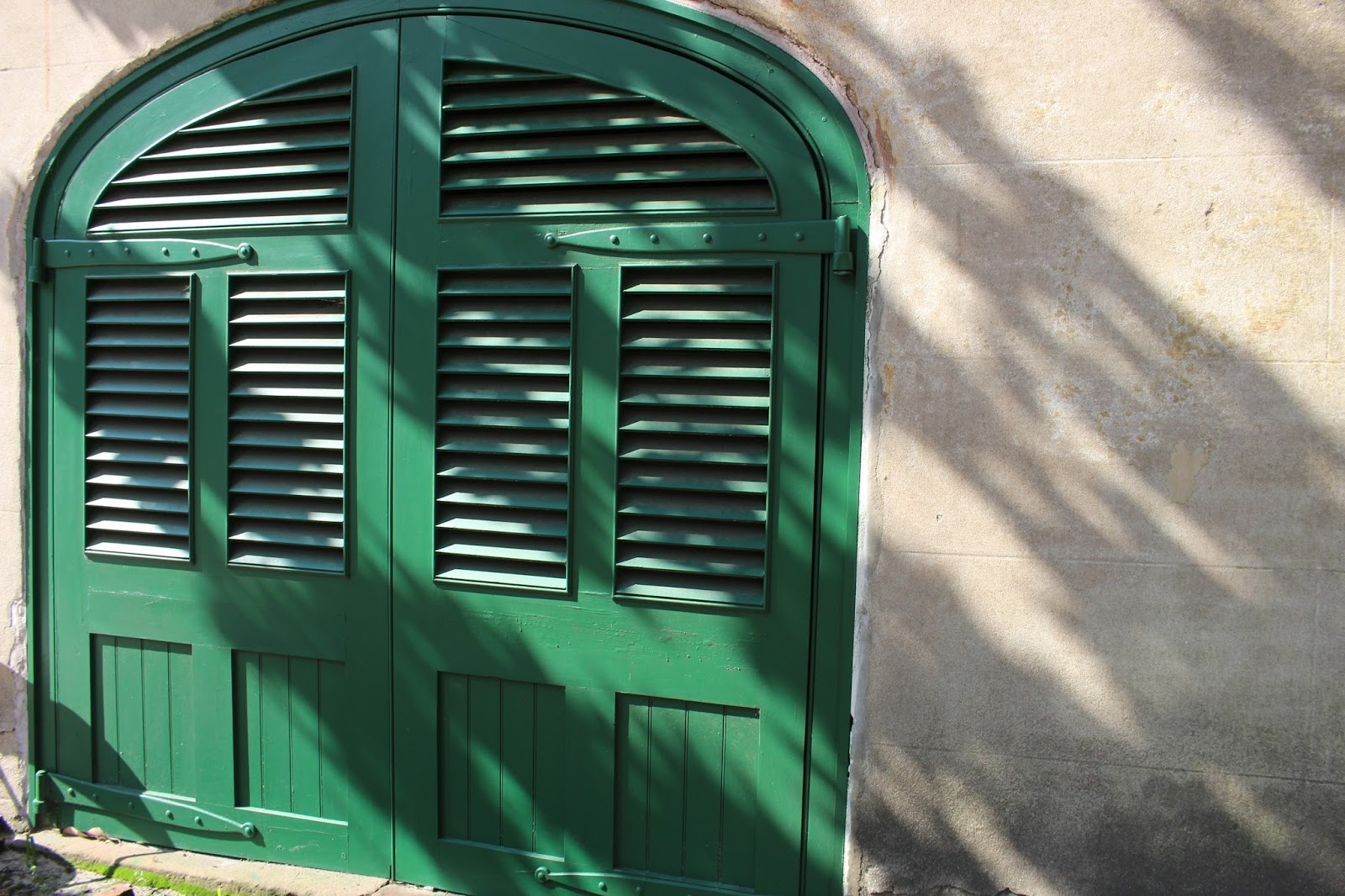 This is the main parlor room of the mansion and a painting of the former governors wife. It’s incredible isn’t it? 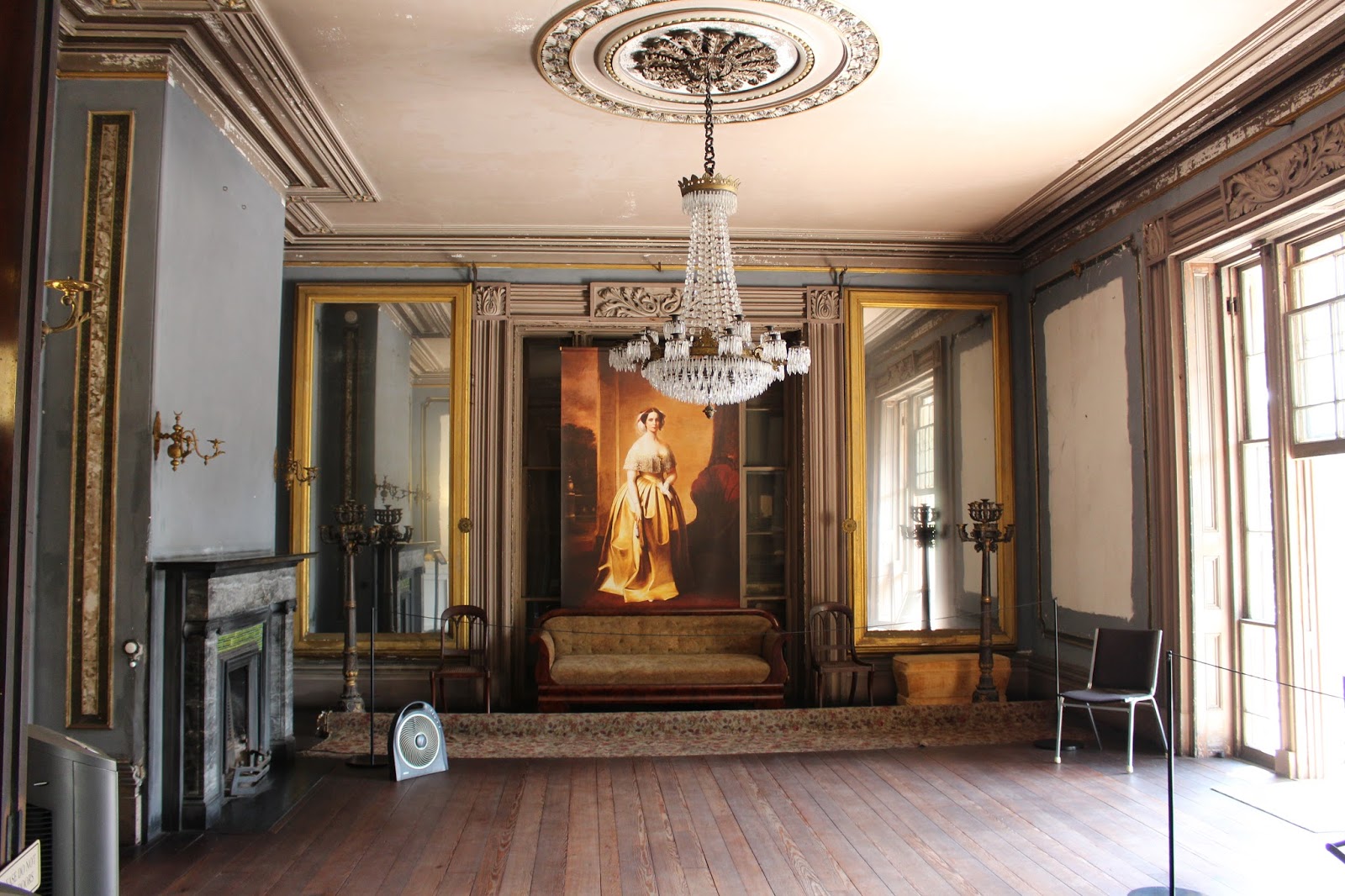 This was the former ballroom where all of Charleston High Society came to socialize. I loved this tour and have so may more pictures that show off this incredible piece of history. 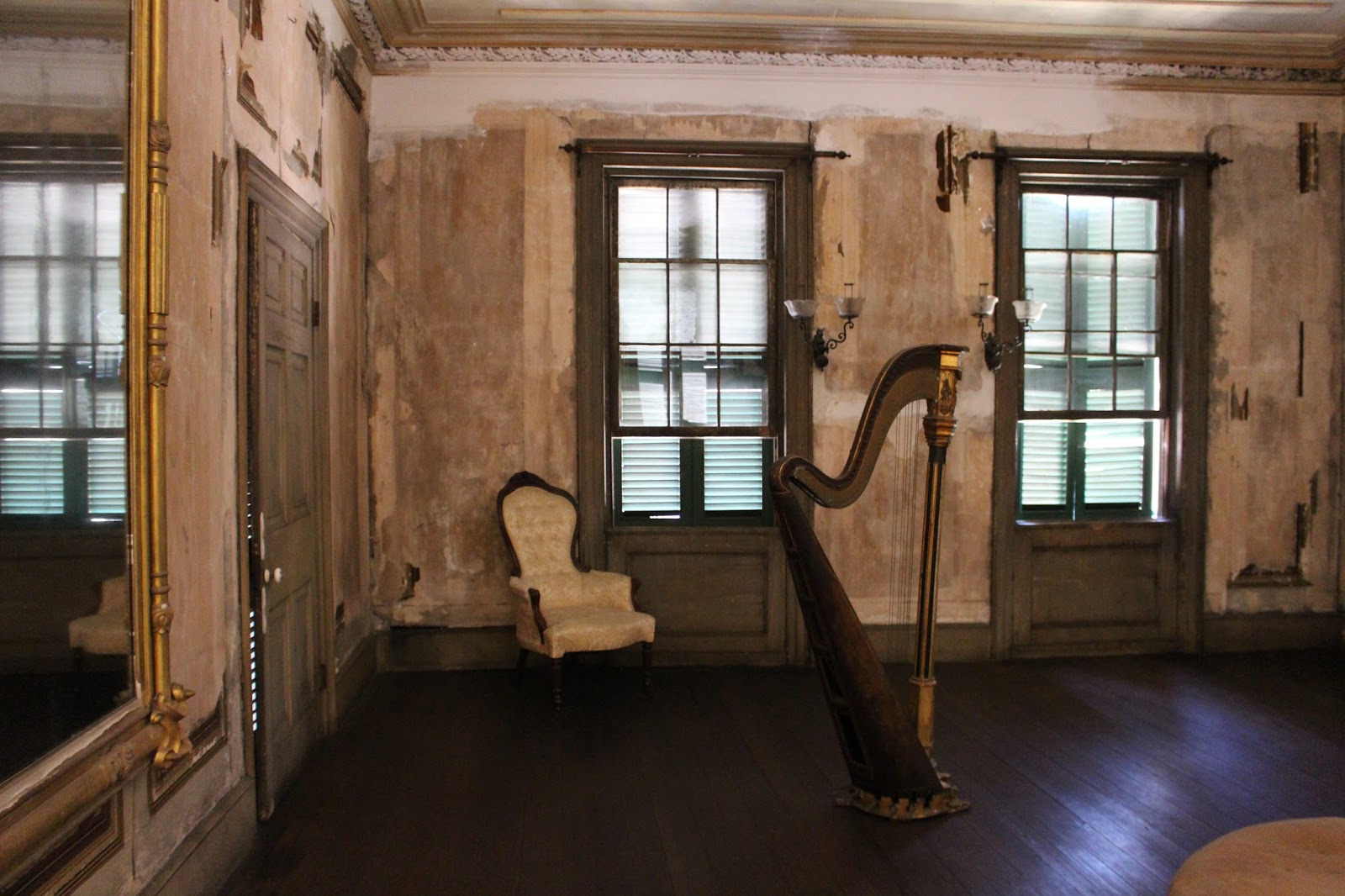 This building my friends is the OLDEST building in the United States, the first Powder magazine. This was built in 1713 and it is original. You know how it goes you need a building to hold all your explosives and magically this building never blew up. 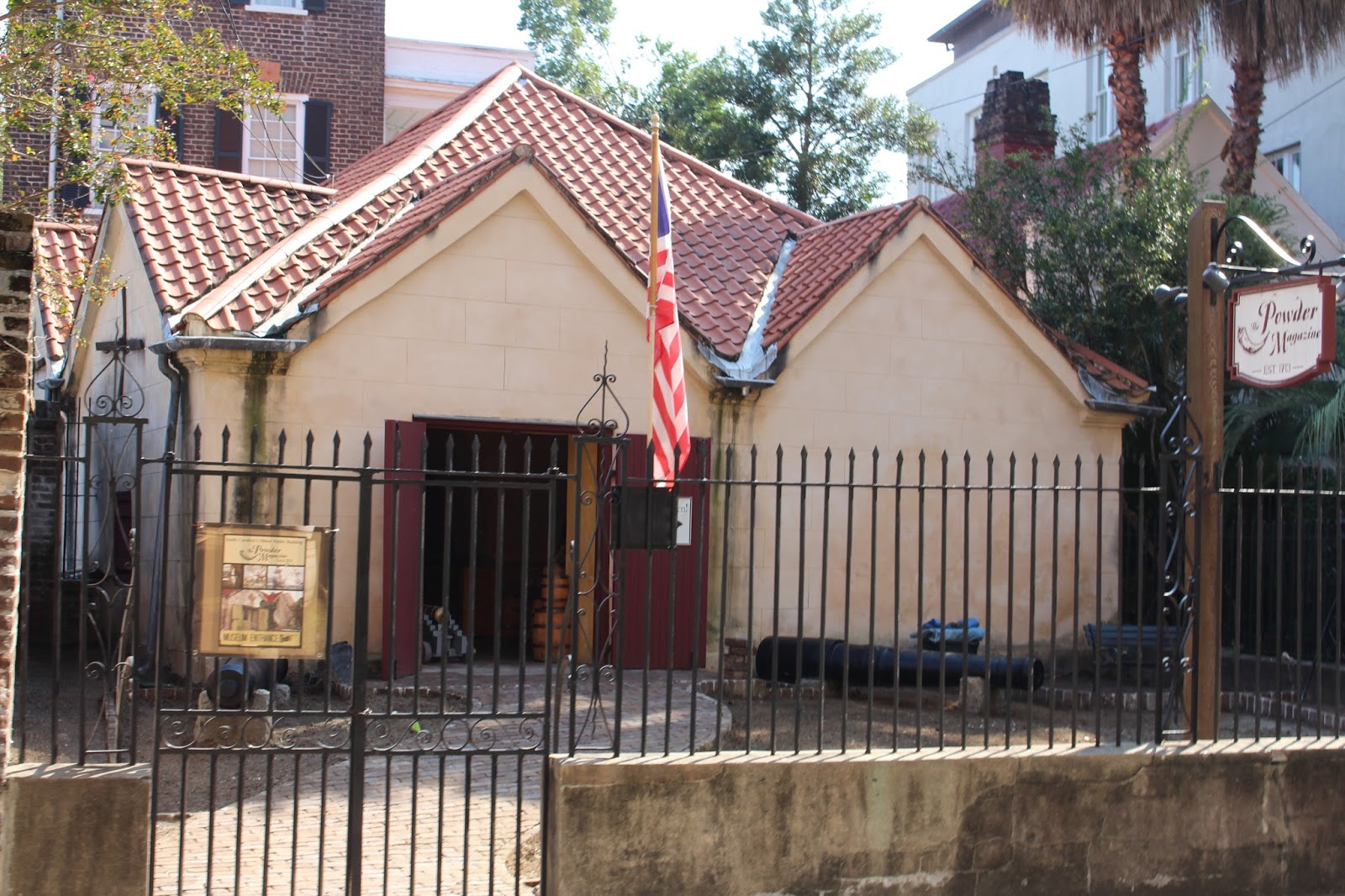 Next up is this incredible space which has lived lives as an insane asylum and the first prison in Charleston.  I have a sad story about this place….. We were scheduled to take a night time ghost tour inside here but I had a migraine and we decided it was best to skip it. The next day when we went by here and saw what we missed I was devastated to say the least! Woah is me! 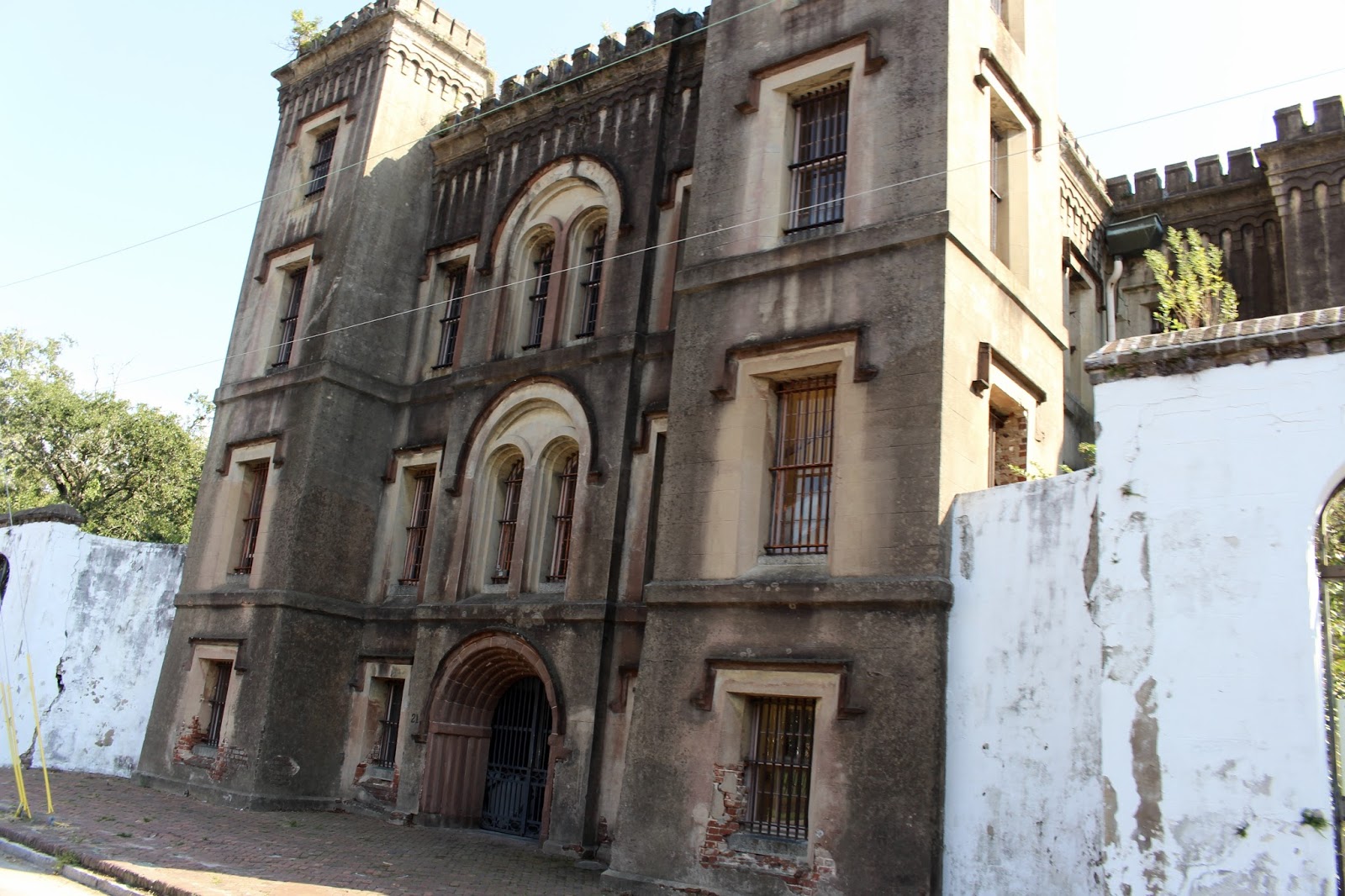 Another highlight of our trip was this dungeon, also the first “jail” of Charleston. Inside this exact room is where pirates were jailed and for a brief time period Blackbeard himself was here as well as many other notable pirates! I mean gosh if these walls could talk!? And they do not even know how many people died down here but they are assuming hundreds! 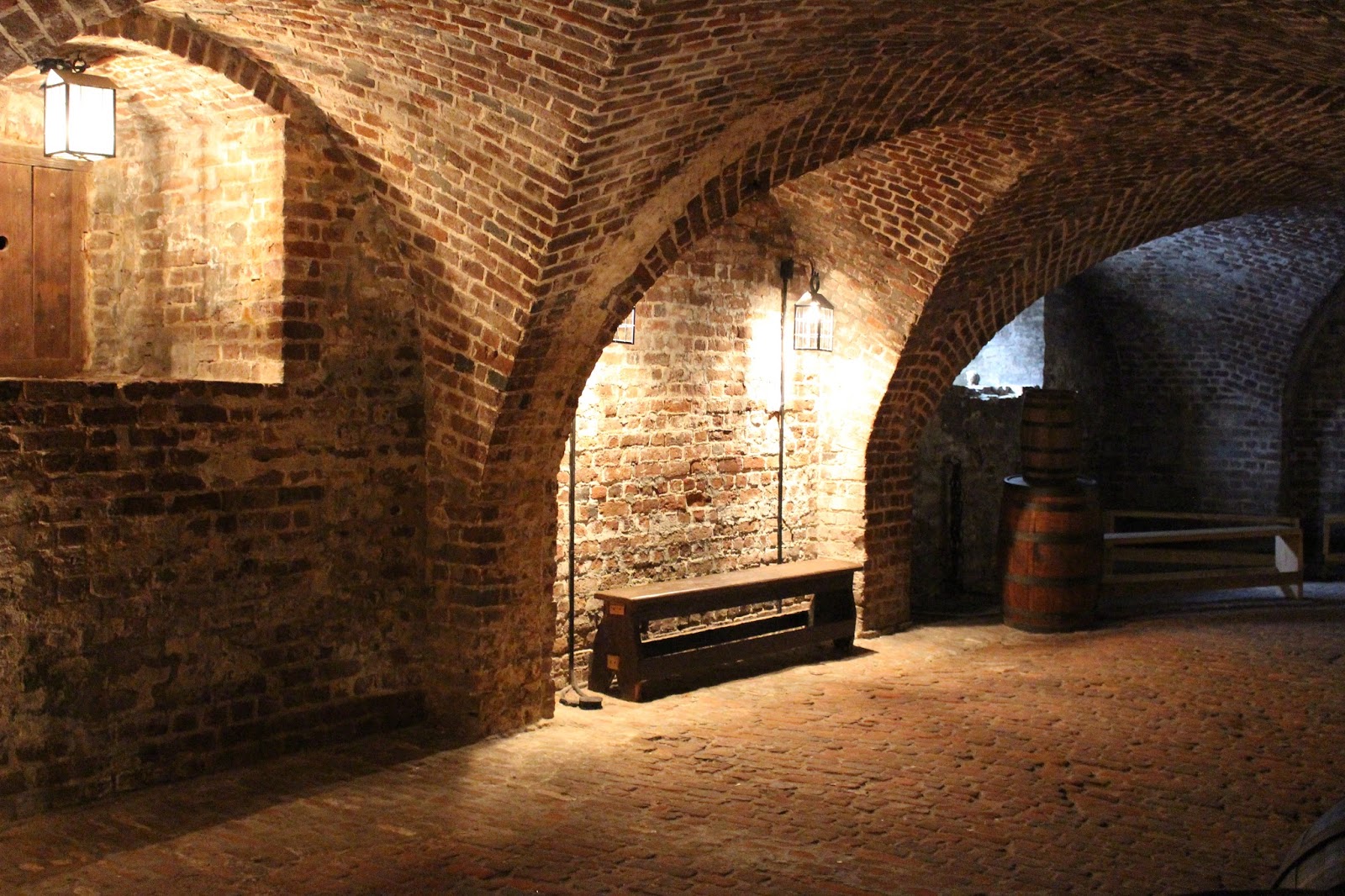 I LOVE that Charleston really lets you immerse yourself into the past, you don’t have to imagine what it was like… only step inside!