The Walking Dead is on of our favorite shows and has been for 7 years, we are 2 OG’s….. meaning we watched the premier on AMC, no bandwagon lovers in our house! ha! TWD is so huge that there is a conference for Zombie Lovers that includes our favorite stars from the show! When I saw it was coming to Denver I was so excited and I paid $50 a piece for our tickets! Here we are bright eyed and bushy tailed excited to see our favorite peeps…….. 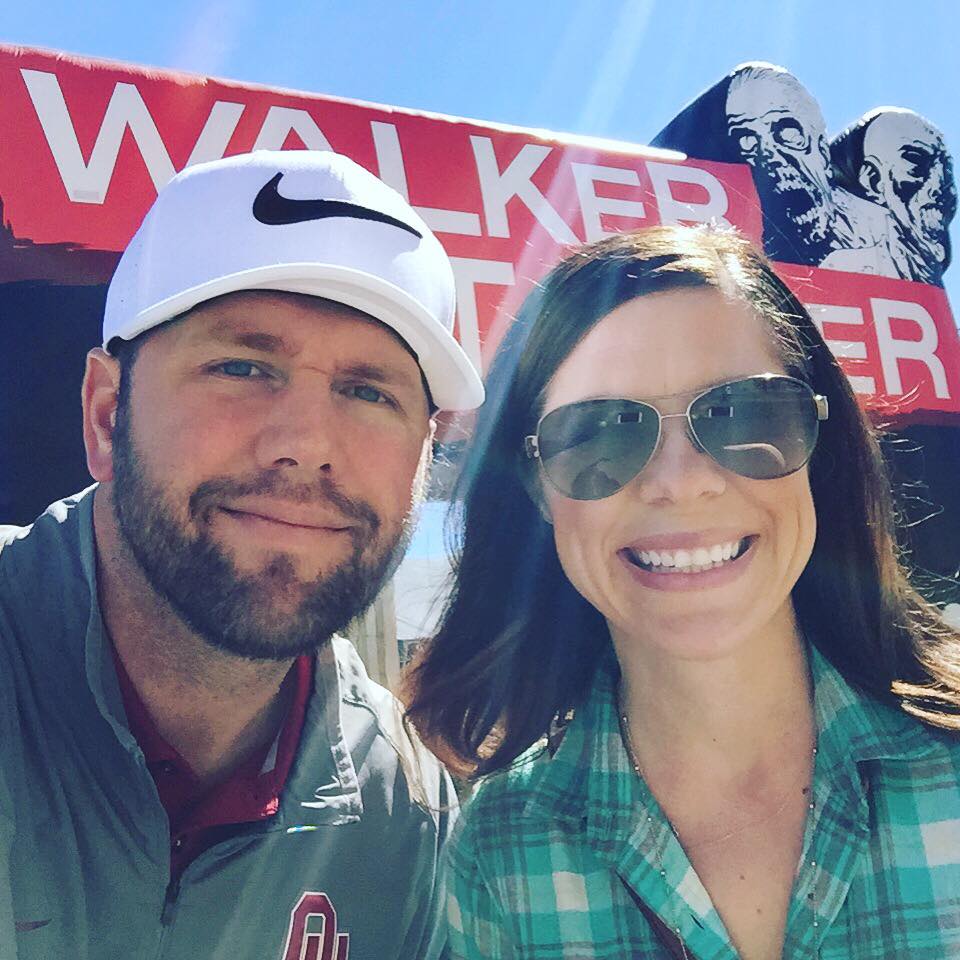 BUT….. here is the thang….. after you pay all that money to get in, that gets you NOTHING! If you want to meet, get an autograph or a picture with any of your favorite stars you need to have your pockets full of cash! $40 per autograph, $40 per picture and that is insane!!! And each line is about 50-100 people deep BUT I would have waited in if it was FREE! 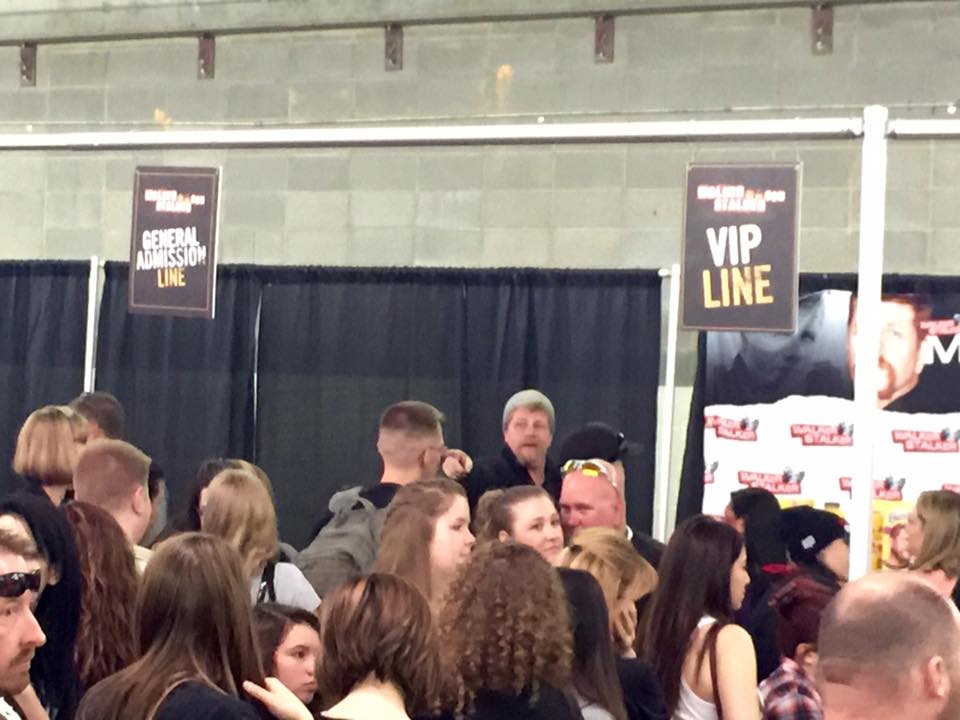 Would I have loved to get a picture with Abraham?? YES but for $40? NO! We decided that if Rick or Daryl had been at the conference we would of paid for a picture with them only. I’m not gonna lie it was super disappointing. BUT…… I did get to play Michonne for a hot minute at the “Sword Booth”….. 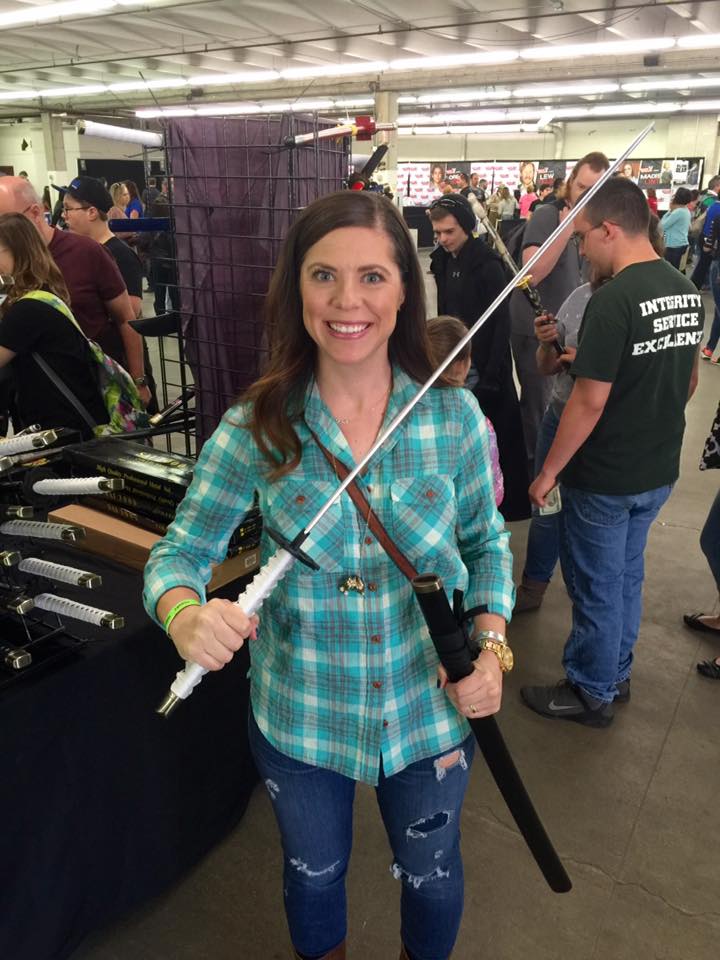 And in case you were wondering Eugene’s mullet is just as awesome in real life! But man, these celebrities must have banked all weekend with prices that high! We were able to walk around and take these second hand pictures of everyone and I was excited to still be able to see them especially one day before the finale! SO I don’t regret going but unless you bring a ton of cash there is nothing for you to do other than stare. 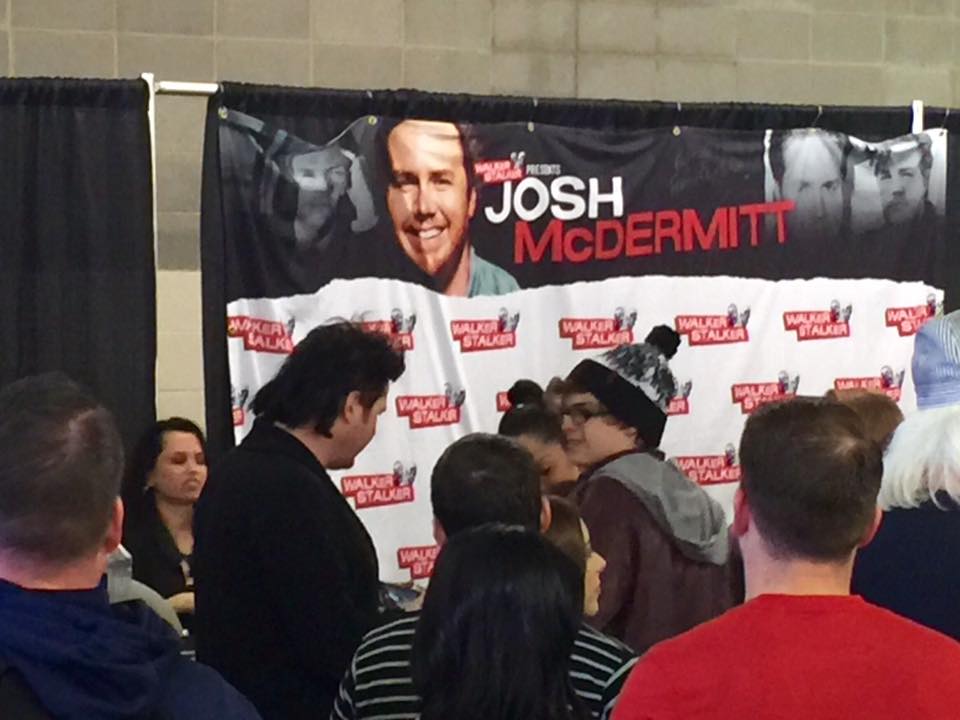 Anyhow, it was a fun Saturday for Matt and I but I would really think about how much you are willing to spend and that will be your level of fun to be had! wah wah