Lump first met Picasso on April 19, 1957 at La Californie, Picasso’s hillside mansion in Cannes. His owner, David Douglas Duncan, had photographed Picasso for the first time during the previous year. On this occasion he chose to bring along Lump, as the Dachshund didn’t get along with his other dog.[1] While having lunch with his future wife Jacqueline Roque and Duncan, Picasso enquired if the dog had ever had a plate of his own. When Duncan responded no, Picasso picked up a brush and paint that were on the table and painted a portrait of Lump on his own dinner plate. With the work dated and inscribed to Lump, he handed the plate to Duncan as a gift.[3] The dog felt immediately at home and stayed with Picasso for the next six years at La Californie, living with Picasso’s Boxer Yan and a goat named Esmeralda.[1] Duncan spoke of Lump and Picasso, “This was a love affair. Picasso would take Lump in his arms. He would feed him from his hand. Hell, that little dog just took over. He ran the damn house.”[2]

Duncan would return to visit Picasso during this time, and photographed the artist with Lump on several occasions along with Picasso’s children. While Picasso preferred to work alone, he would often be accompanied by Lump. In one series of photographs, he made a rabbit out of a sugar impregnated cardboard cake box for the dog, who carried it into the garden to eat.[1][2]

Duncan spoke of Lump’s stay with Picasso, “Lump had an absolutely pampered life there. Picasso once said, ‘Lump, he’s not a dog, he’s not a little man, he’s somebody else.’ Picasso had many dogs, but Lump was the only one he took in his arms.”[1]

In 1964, during a visit with Picasso, Duncan was informed that Lump was unwell. The dog was suffering from a spinal condition leaving him without the use of his back legs and was being looked after by a local vet in Cannes. Duncan visited the vet and was informed that the condition could not be cured, and the vet was no longer feeding him.[2] Duncan sought a second opinion, taking back the dog, he drove it to Stuttgart, Germany, where he found a vet who was willing to treat Lump. The treatment took several months, but Lump would go on to live for another ten years, albeit walking as Duncan would describe “a bit like a drunken sailor”.[2] He died ten days before Picasso, on 29 March 1973.[1][2] 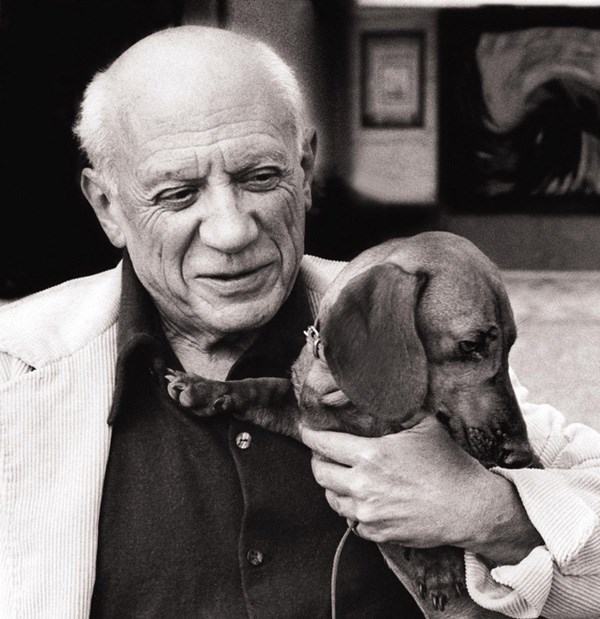 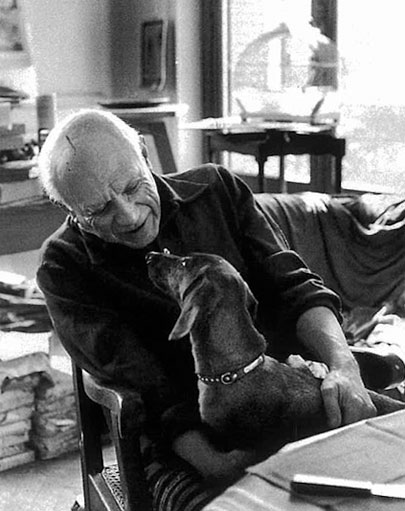 I loved this drawing not only because it was a weenie dog but there was back story about a weenie who inspired a great artist and last Fall when we got Oscars diagnosis I already had my mind made up that this is how I would honor him. 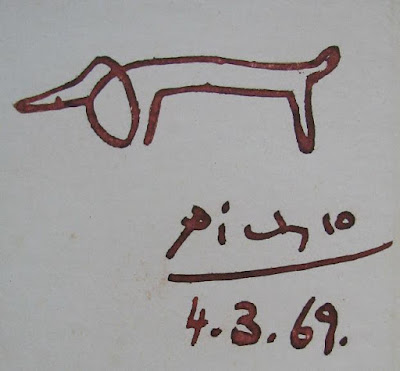 SO Saturday was the BIG day, the day that I would get a piece of Oscar to always carry with me. And ya, I know it’s small but that soft spot on your arm hurts REAL bad. But it only took 30 minutes, thankfully! Matt is still deciding what he wants to do to honor Oscar. 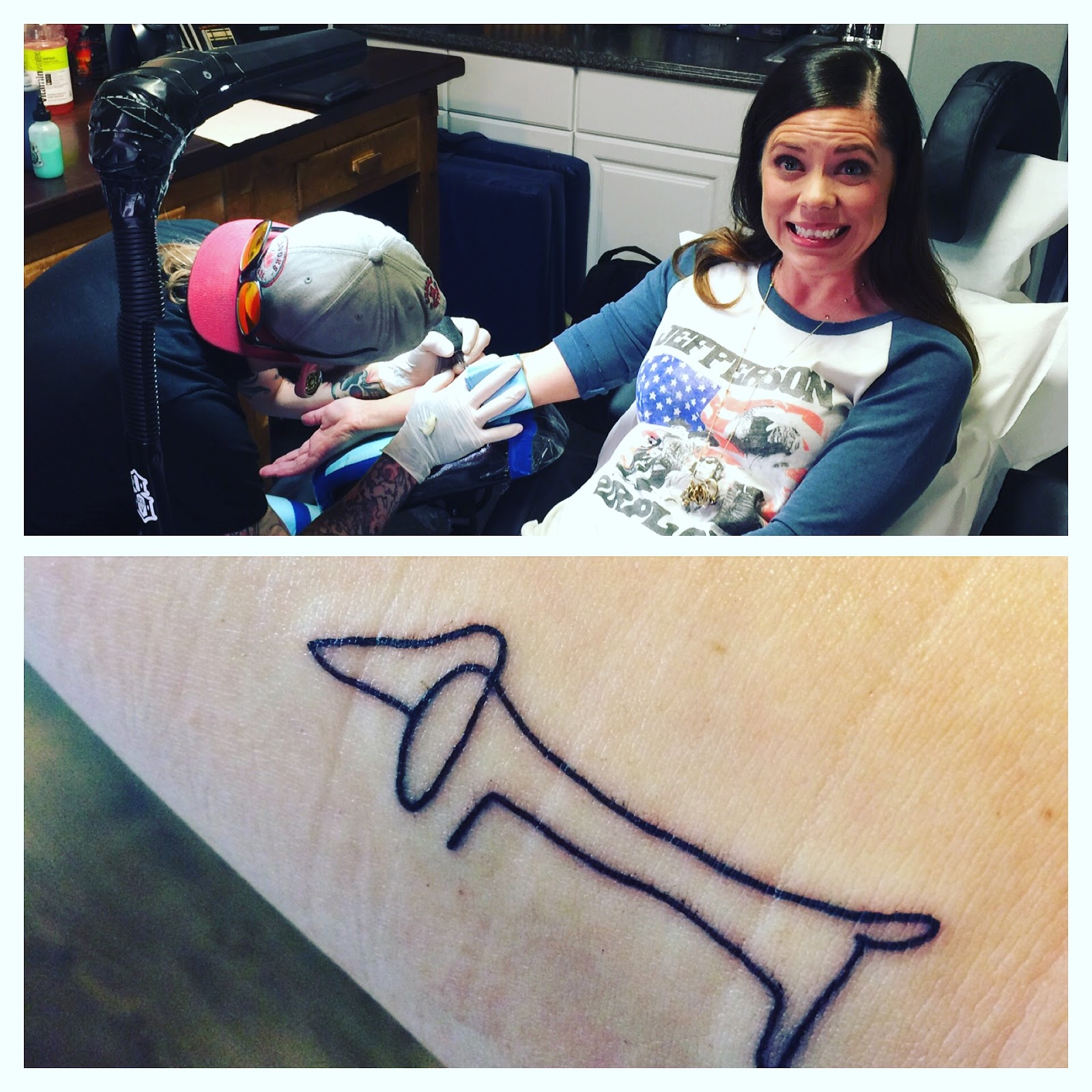 This is the finished result, I am so super happy…. it’s perfect, it is artistic, it has several layers of stories to it and it completely represents my boy Oscar. 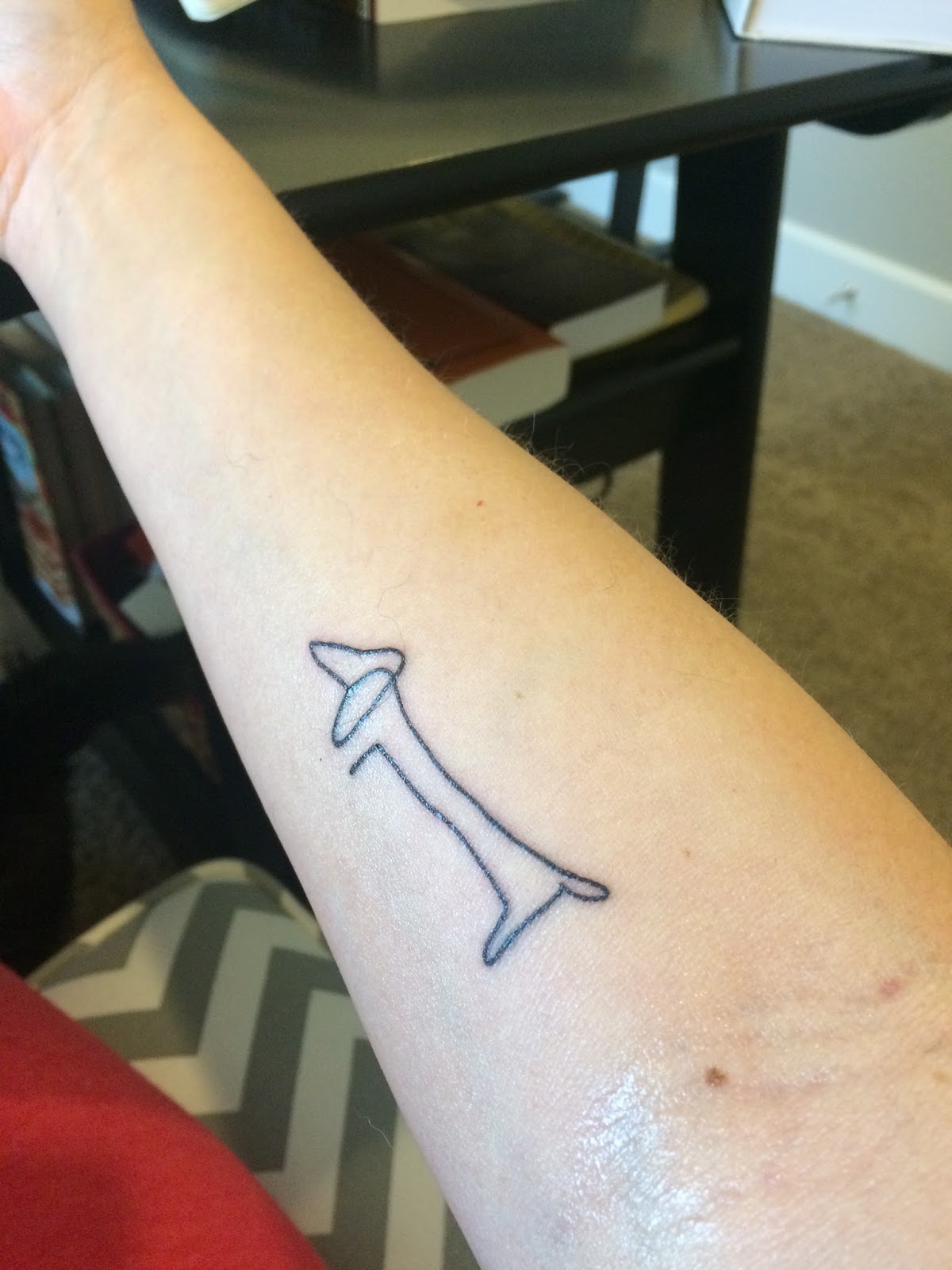 I am/ We are 100% still grieving and I break down all the time but that just reinforces the love that we shared. It was complete, real, honest, loyal and forever. 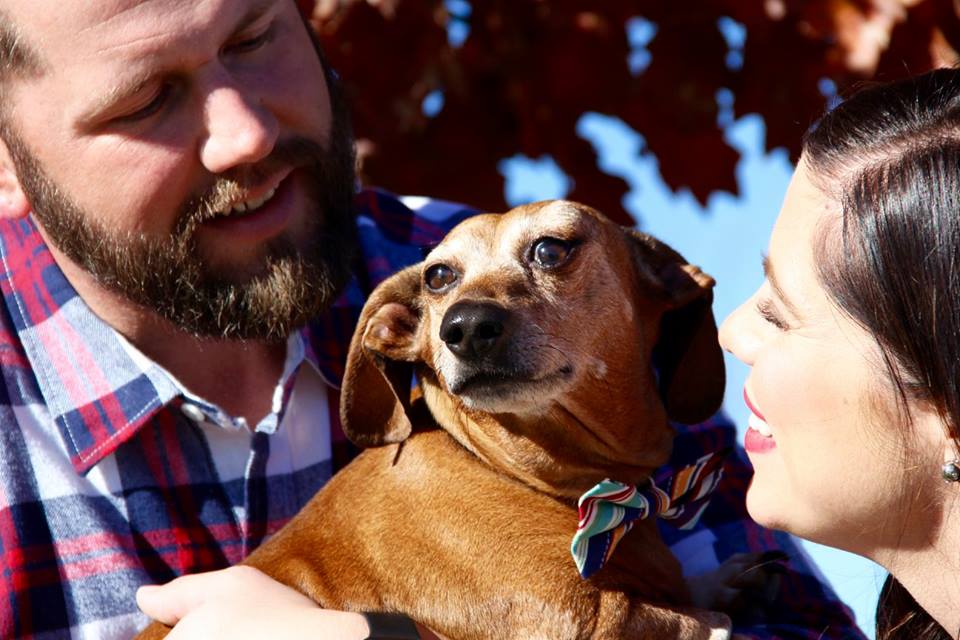