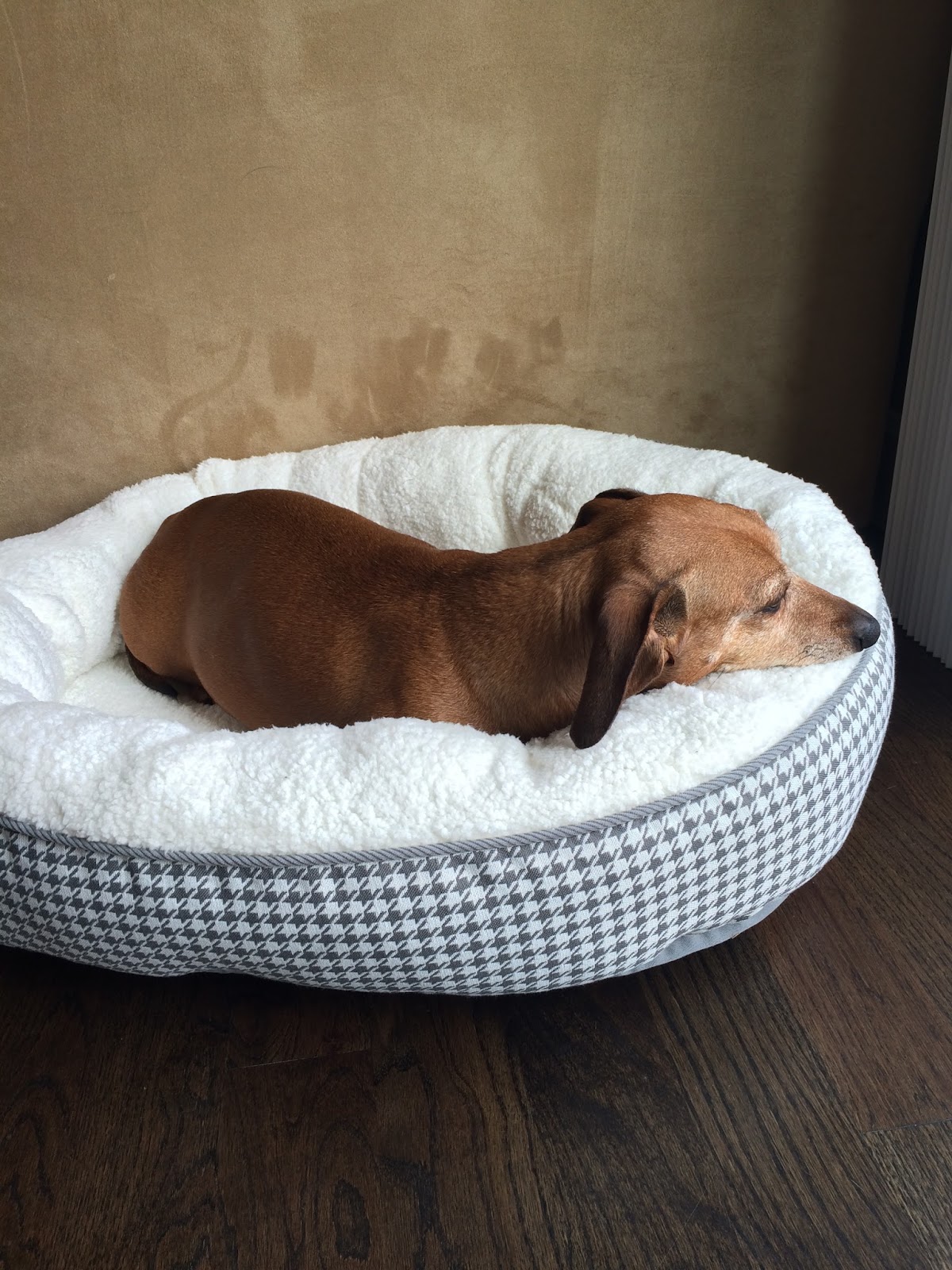 I wanted to fill you all in on and update you on our boy Oscar….
A few weeks ago I noticed some bumps right above his eyebrow on his left eye, so I kept an eye on it. Last week when we go home from San Fran I noticed that the bumps grew and it was making his eyelid hood his eye some. But you see Oscar is acting completely normal, no behavior changes.
Anyways…
I took him to the vet on Tuesday who immediately told me to get him into the Ophthalmology specialist ASAP. She said he most likely has a tumor and she wasn’t even sure as to how much he could see out of that eye. So ya, that was a lot to take in.
Yesterday I took Oscar to this special vet hospital and poor baby was poked and prodded for over 3 hours. And here is what we know…..
* The Ophthalmologist said he does believe he can see out of that eye currently but the eye is in distress.
* He is about 90% sure it is a tumor growing in his eye socket which could mean Eye Socket Cancer, which is extremely rare!
* On October 13 he will under go a CT Scan and a biopsy and until then we don’t know for sure and we can’t even guess what will happen after.
* ALSO…. they discovered he has a heart murmur and he has heart valve disease. More bad news huh? After X-rays the cardiologist did give him the ok to be put under for the biopsy but he will be on heart meds from now on. She said that heart disease is not that uncommon in dogs and he can live many more years happily under the medicine.
I mean he is only 8 years old, but that is middle age in Dogs and just like humans things can start to happen I guess.

So…. That is a lot to take in. And now we literally have to just wait until the 13th for the biopsy. The doctors all said they do not think he is in pain or really aware of what is going on right now, but he might have a slight headache due to the pressure the tumor is putting on his little eye!
I mean I have not processed this at all. It’s crazy and seeing how awful yesterday was for him was hard for me. Not to mention the expense of all of this is going to be INSANE! We already paid $1200 just for yesterday!

SO….. I am having a HUGE garage sale in 2 weeks to help pay for this. I am going to put the peddle to the metal and get that all fixed up in hopes that we can make enough money to help offset the medical costs for our boy Oscar! I just hope we can get enough people to come by because I ams feeling some great stuff!
We have a lot going on right now and we are in the middle of a second IUI round of fertility so we have that to work with and then yesterday I got summoned to Jury Duty starting the last week in October! So ya, we had a lot hit us right now. But ya know, it is what it is. And we love Oscar more than anything just like all our animals and we will do what it takes.