Well I saved the BEST vacation post for LAST…. drum roll…… Alcatraz! You see as someone who is very “into” the Paranormal and the history of locations that make them that way Alcatraz has always been a Top 5 on my Bucket List! And in fact, Alcatraz was the sole reason we picked San Fran or let me rephrase that…. Alcatraz was the reason Matt let me pick San Fran as our spot! 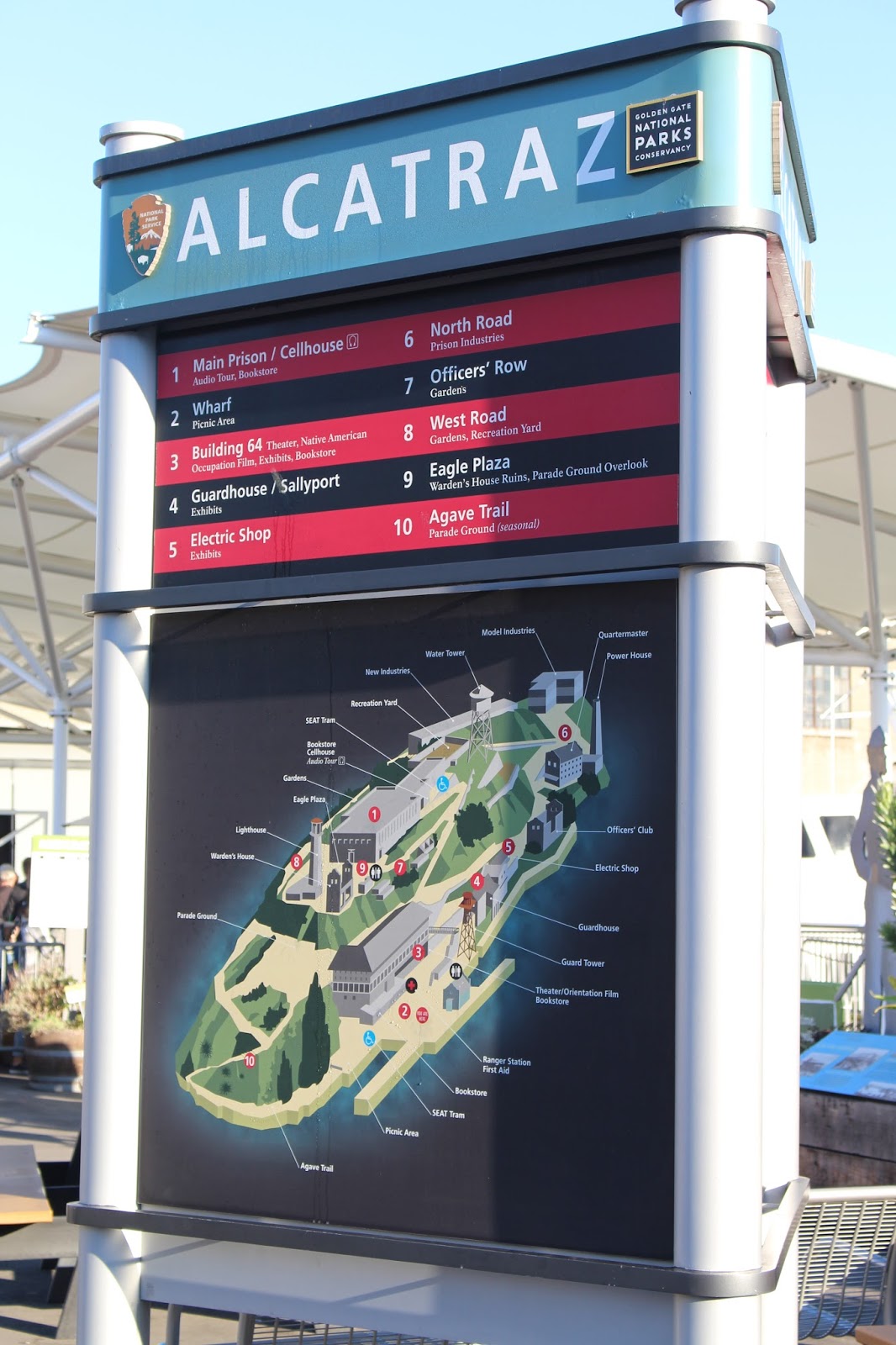 I booked our tickets 6 weeks in advance because I was NOT going to miss this, although we did miss out on a night tour…. they book out 6 months in advance. 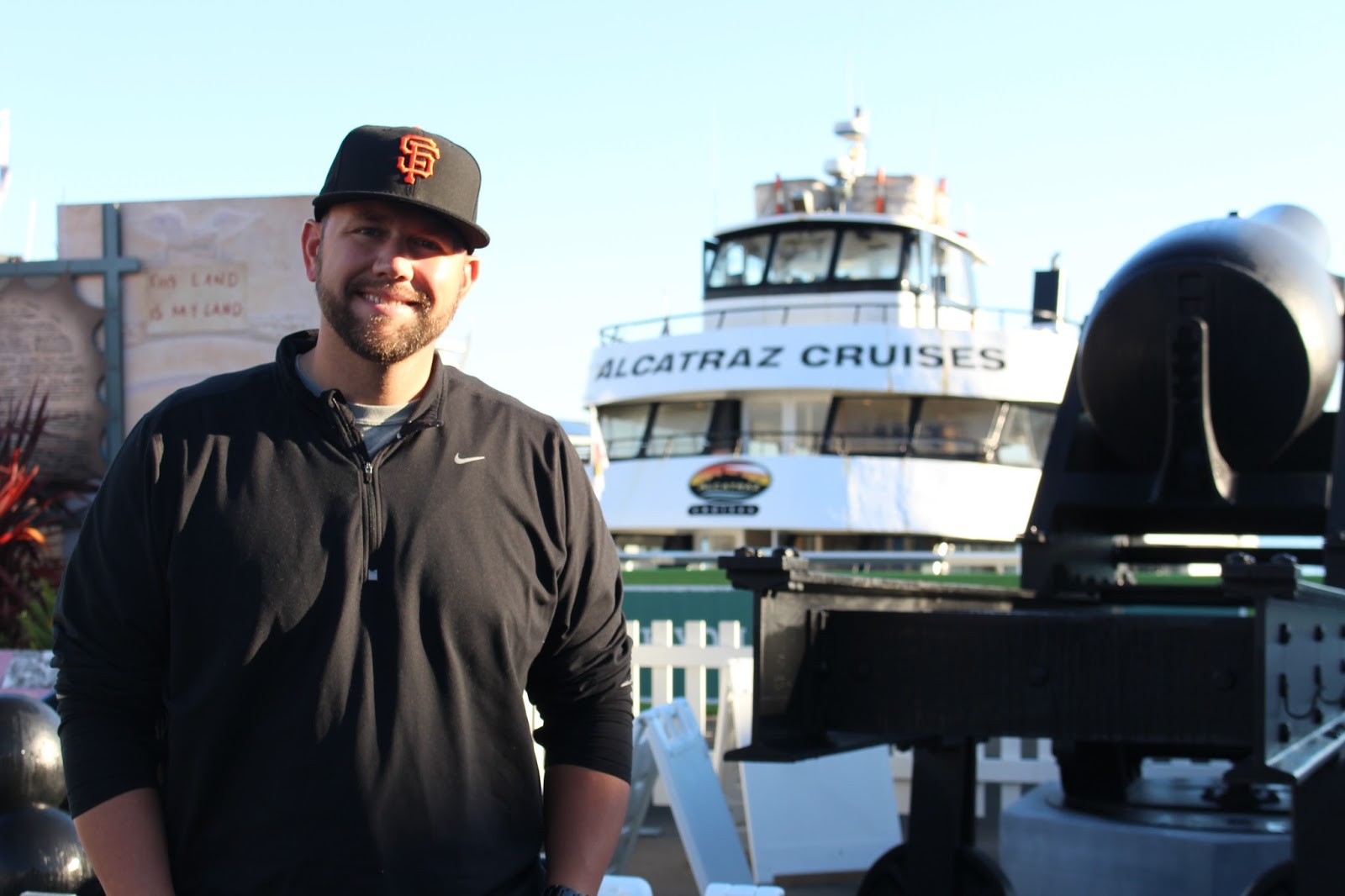 So the ferry ride to the island is only 20 minutes but JUST long enough for me to get sea sick…. literally, I am so pathetic! But in-between waves of motion sickness I really tried to place myself back in the days when inmates would arrive here and see the island ahead. It really is something to see. 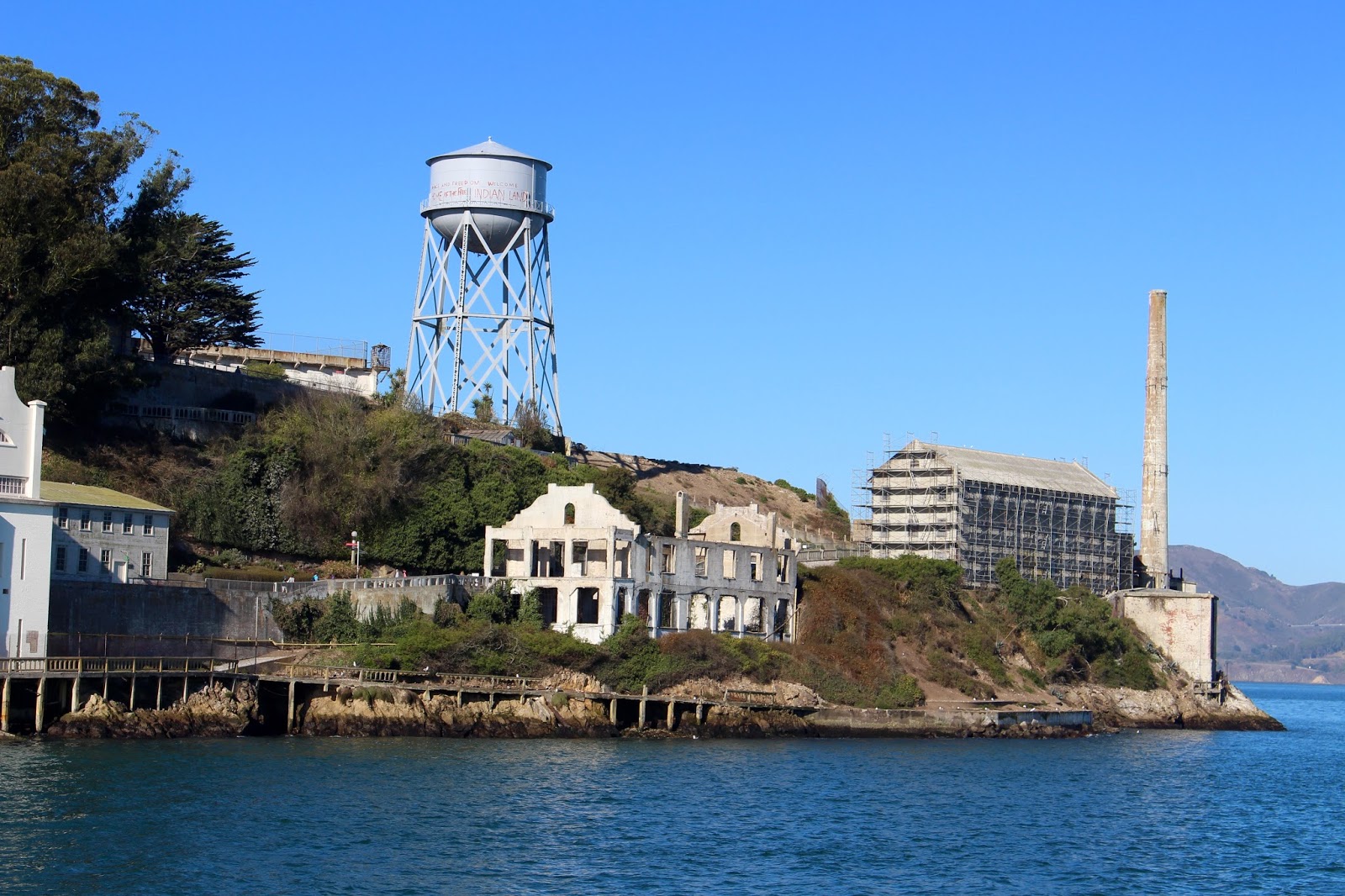 I read a few books to “prep” myself like any nerd would on the Island before we came out so I knew about the Indian Occupation. After Alcatraz the Penitentiary closed Native Americans basically held an almost 2 year “sit in” claiming this island was theirs. Long before the US seized the island from the Spanish, made it a Civil War Military base Native Americans had already laid claim. 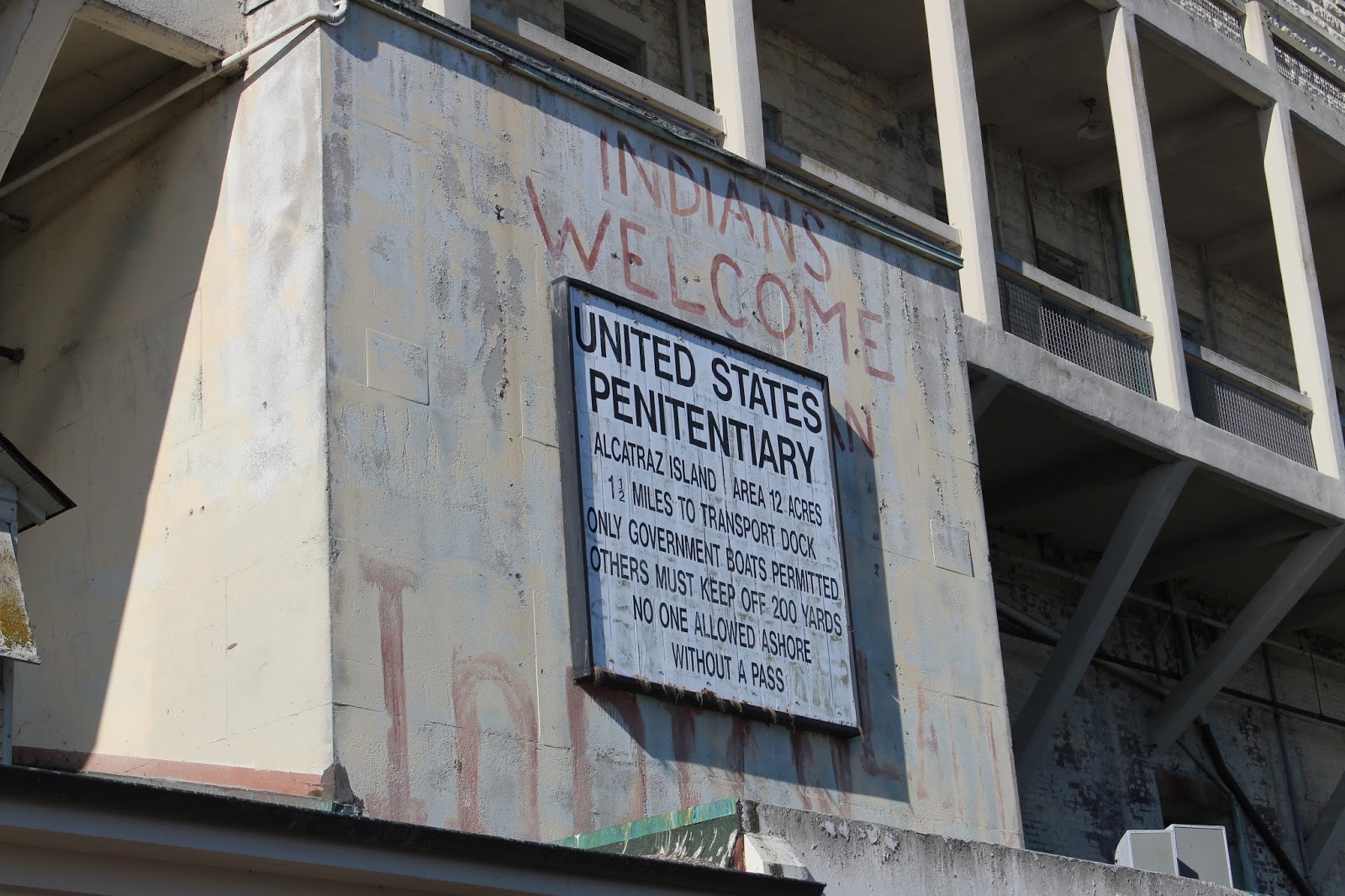 Besides the history, the paranormal and the fact that this Island overlooks the San Fran Bay…. it is beautiful…. the dilapidated buildings speak to me. HA! 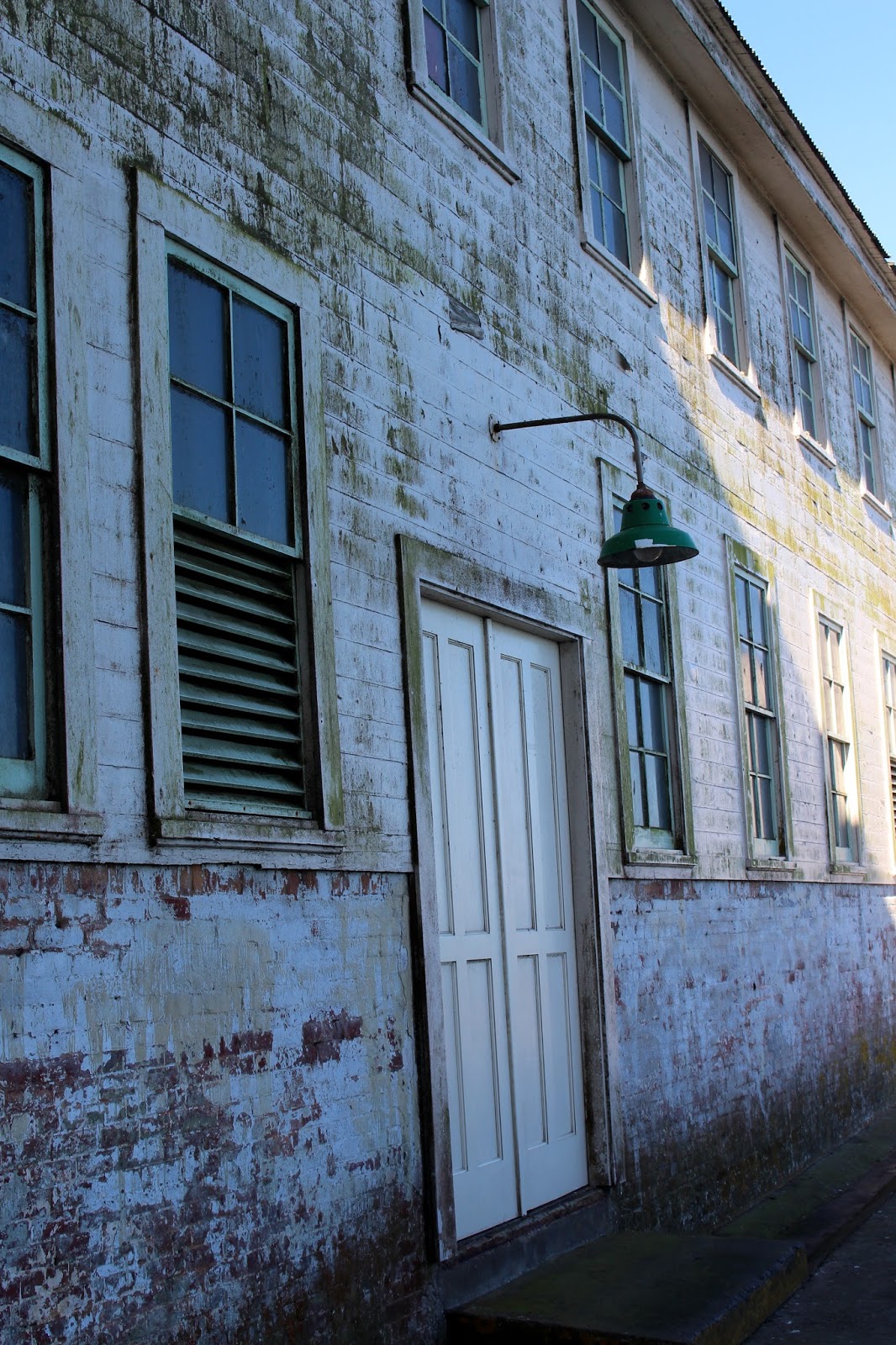 This TINY little building was the morgue, inside were rows where I assume the bodies where held and a table in the middle for the newest body…. but it was really small. BUT with that being said there are only 8 recorded deaths on Alcatraz. 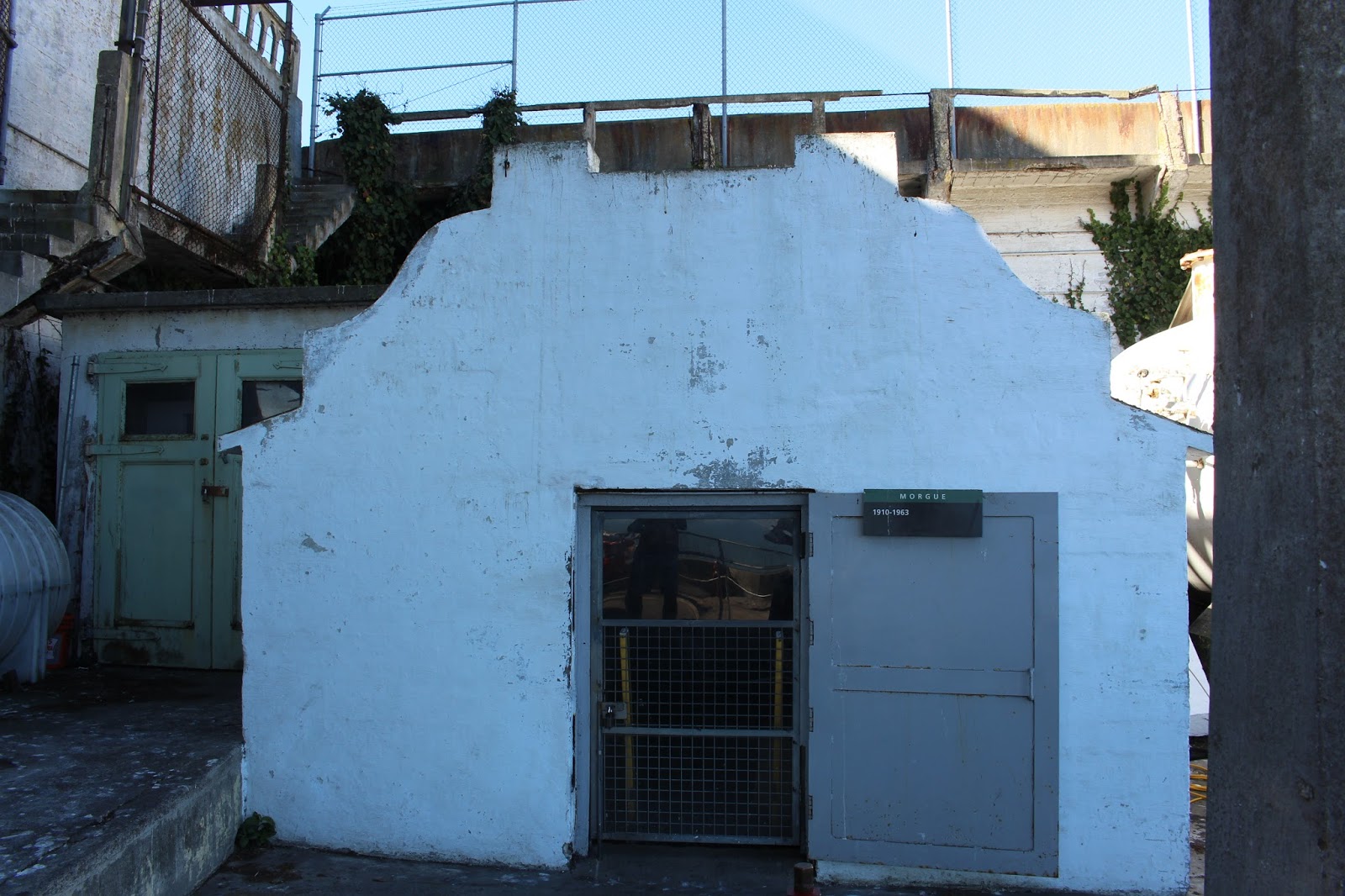 Check out this old Guard post from the Penitentiary… 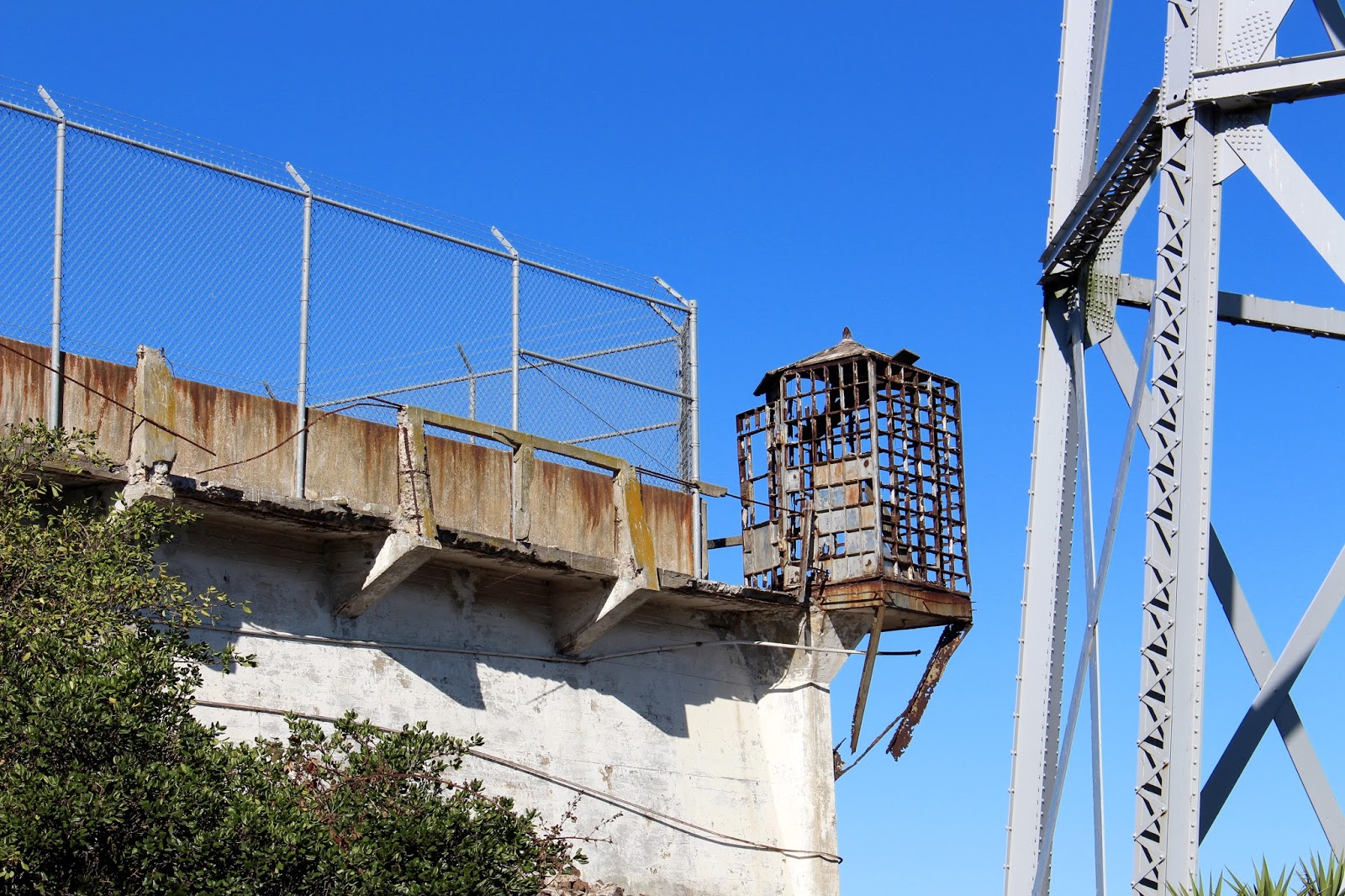 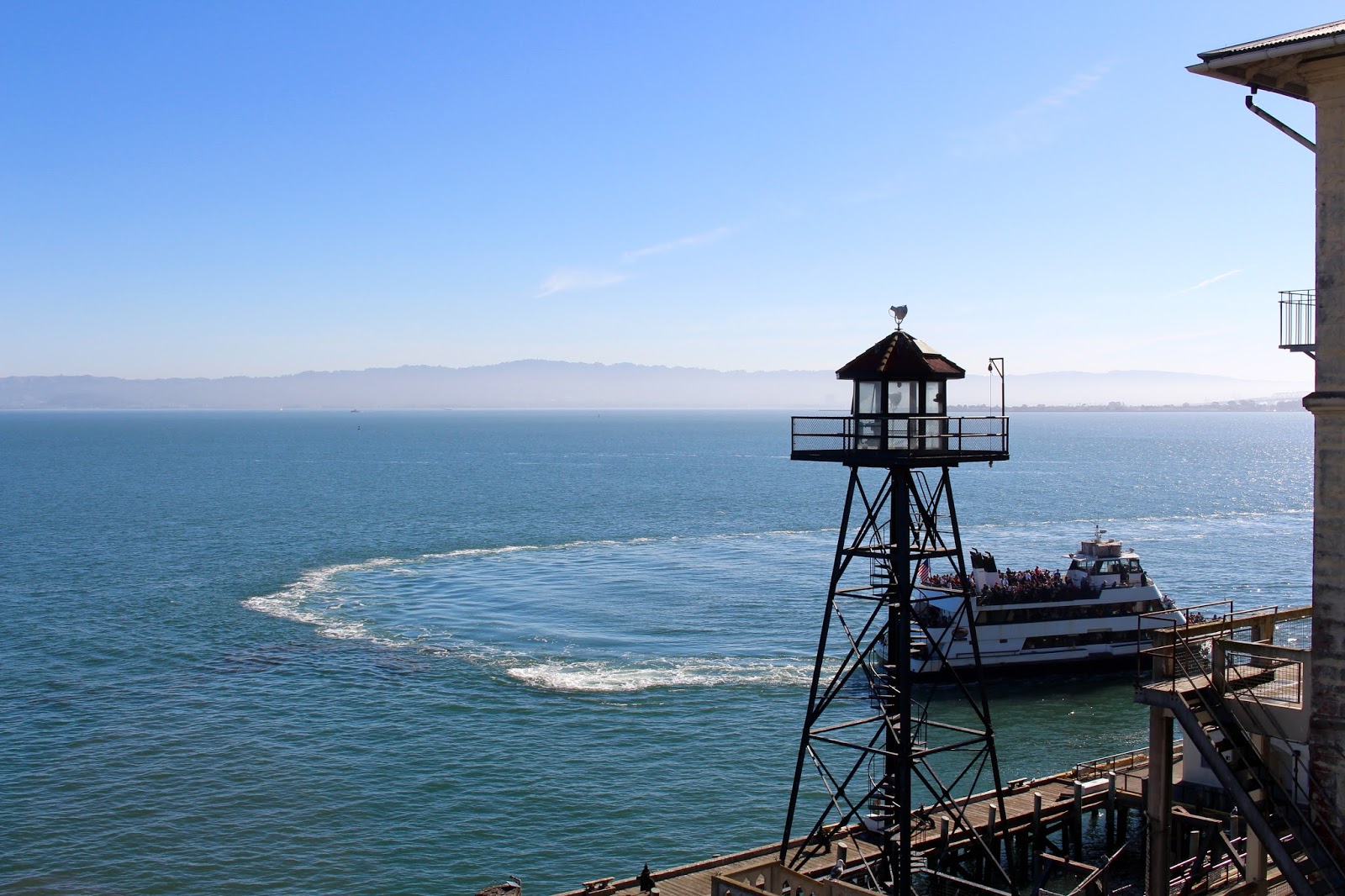 Sprinkled around the main prison were the work locations that inmates helped run. 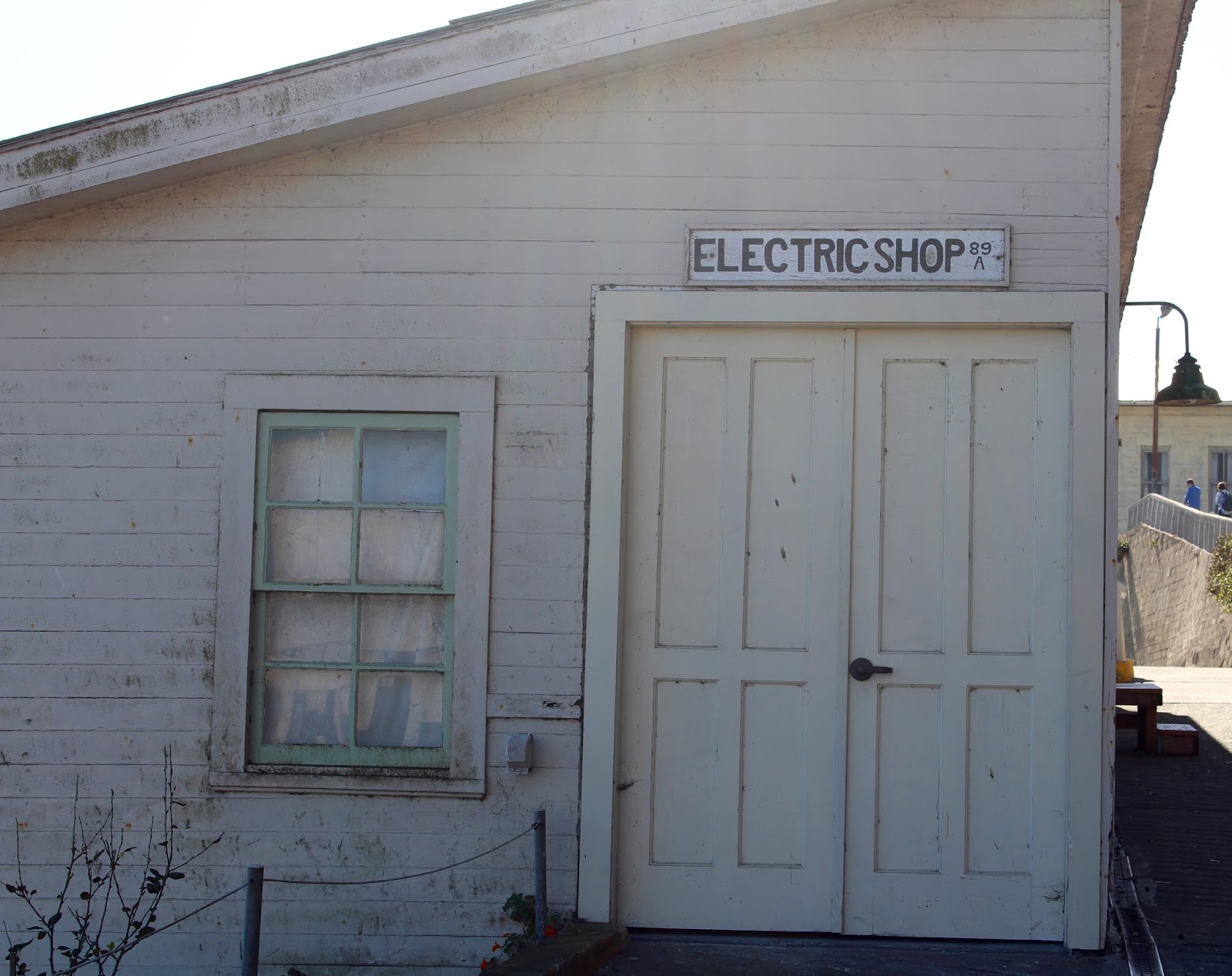 The showers, I can only imagine how this room probably saw a lot of violence. How could it not? 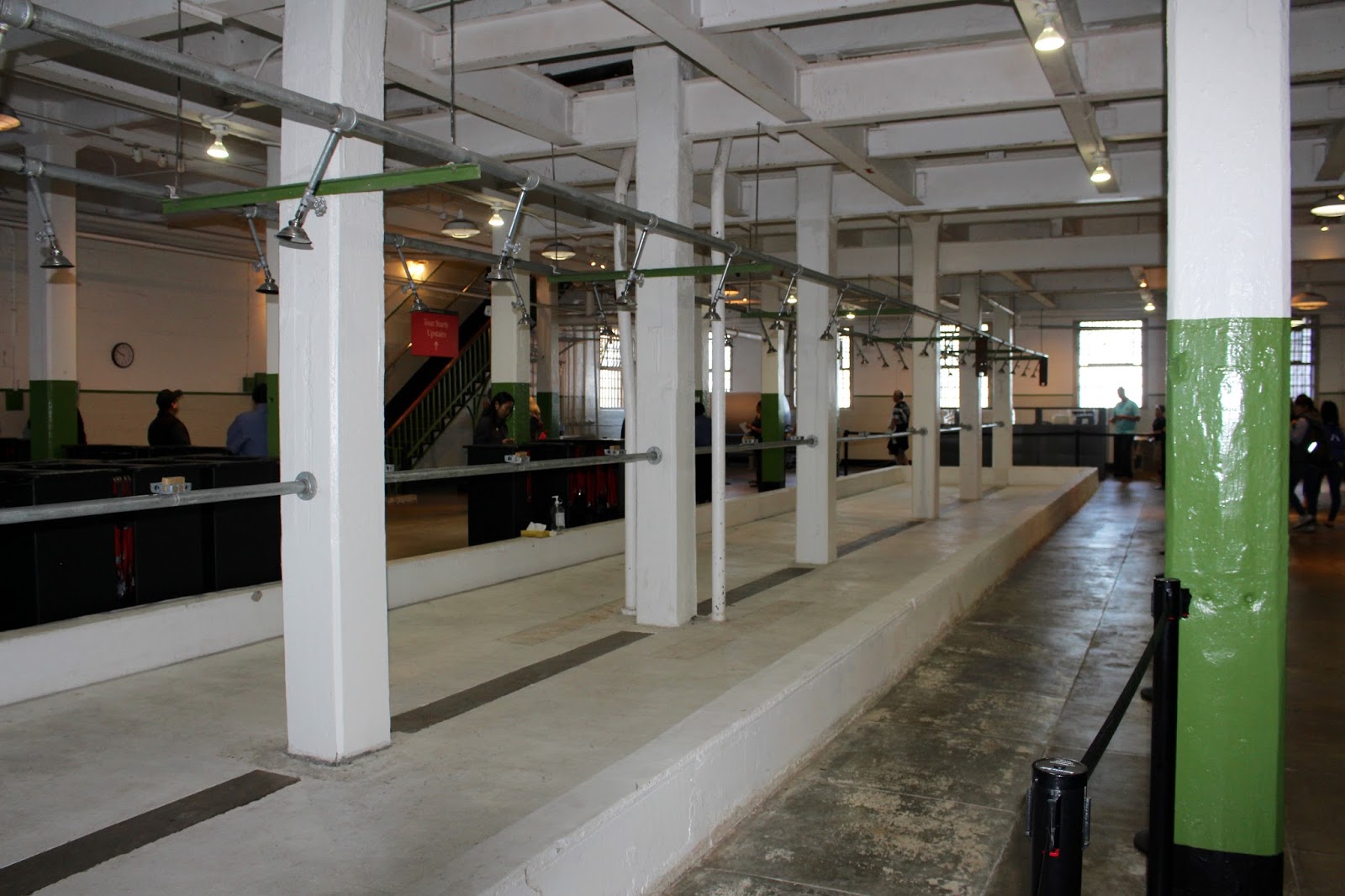 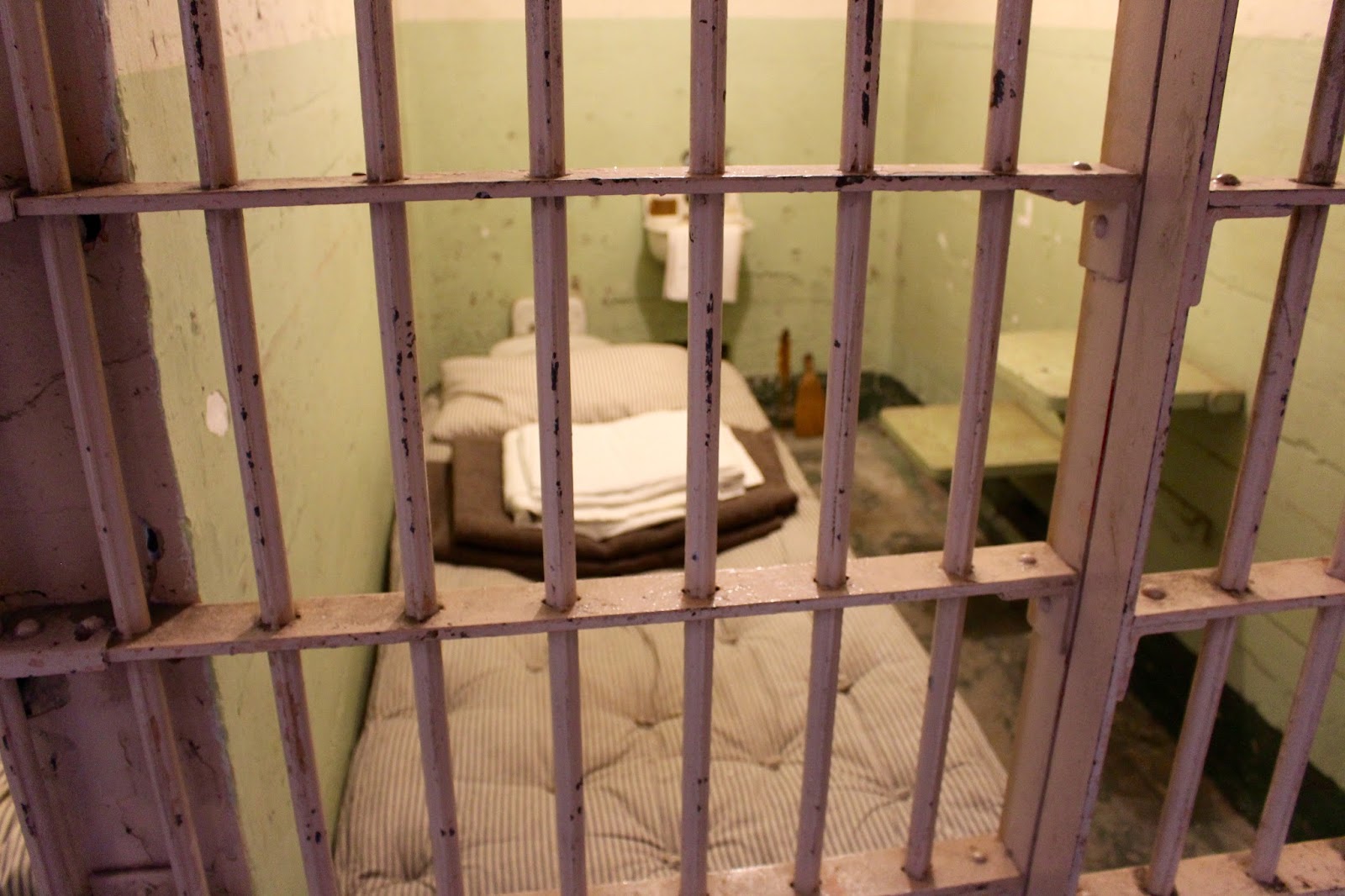 This is the work yard where inmates who earned privileges could come out and see the sun and play a game or two of baseball. 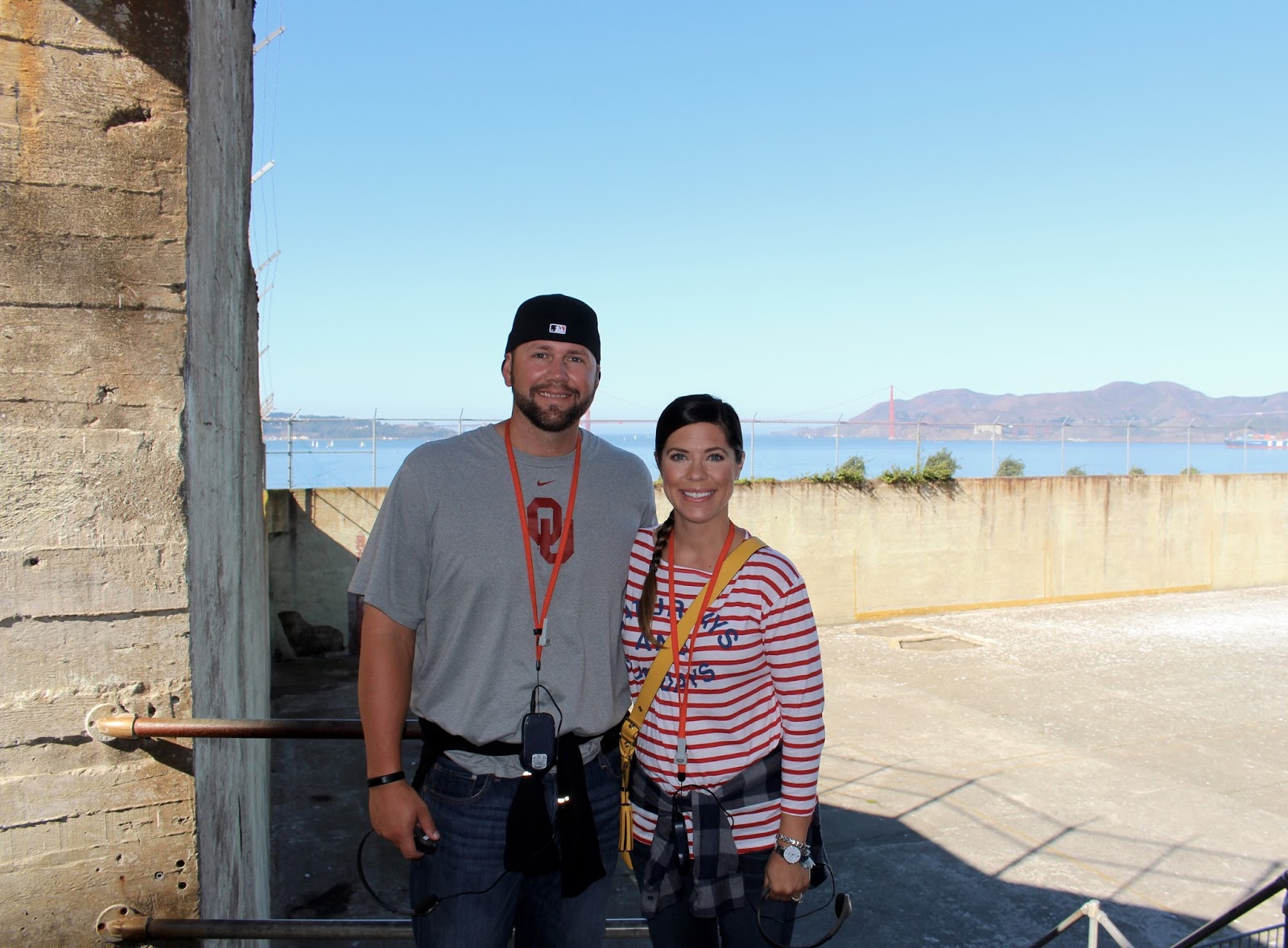 Everyone has been asking me if I “felt” anything, had a paranormal experience and sadly this picture below shows you exactly why that isn’t possible……. because you are on the tour with literally like 1,000 other people. You have to fight to get pictures and you are never alone. 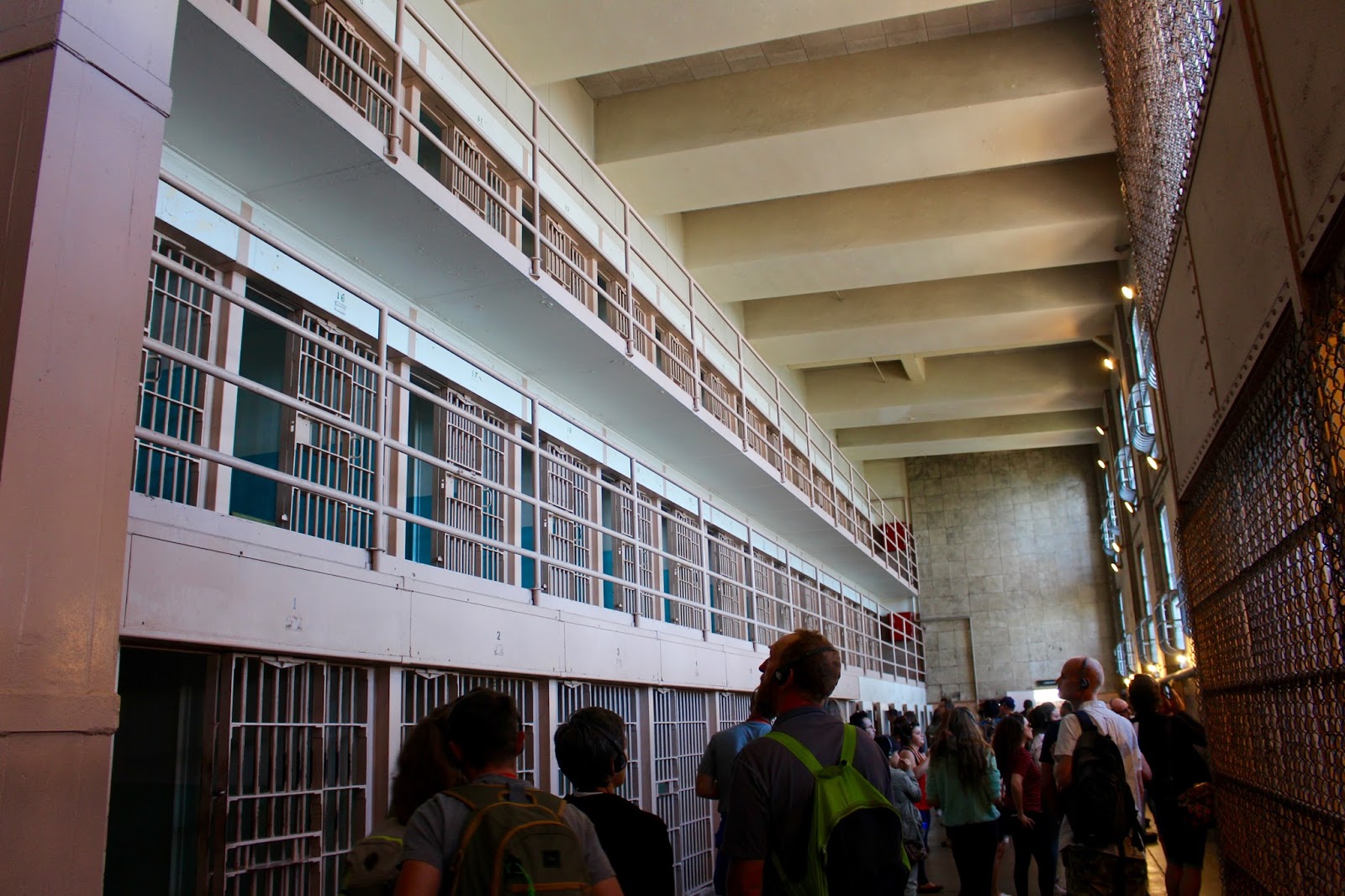 The place I was most excited to go to was D Block or Solitary and this is the block where 99% of all paranormal activity is reported! Here is a brief clip from when Ghost Adventures investigated the island in D Block… 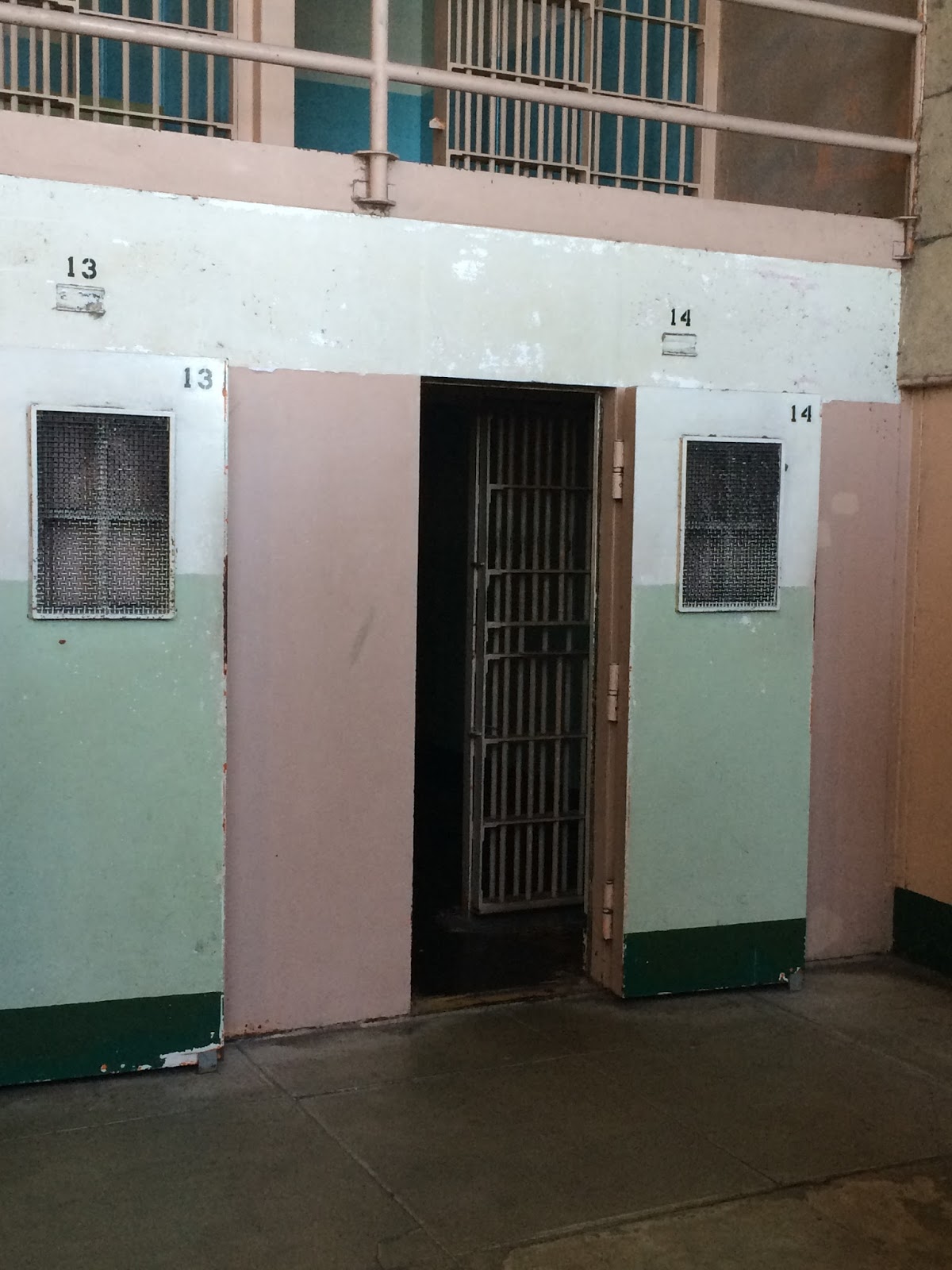 Here I am in Cell 14….. I so badly wanted something to happen but with a line of people waiting for their chance to step inside that was a no-go! BOO! But none the less, I was inside the cell. Very very cool…… 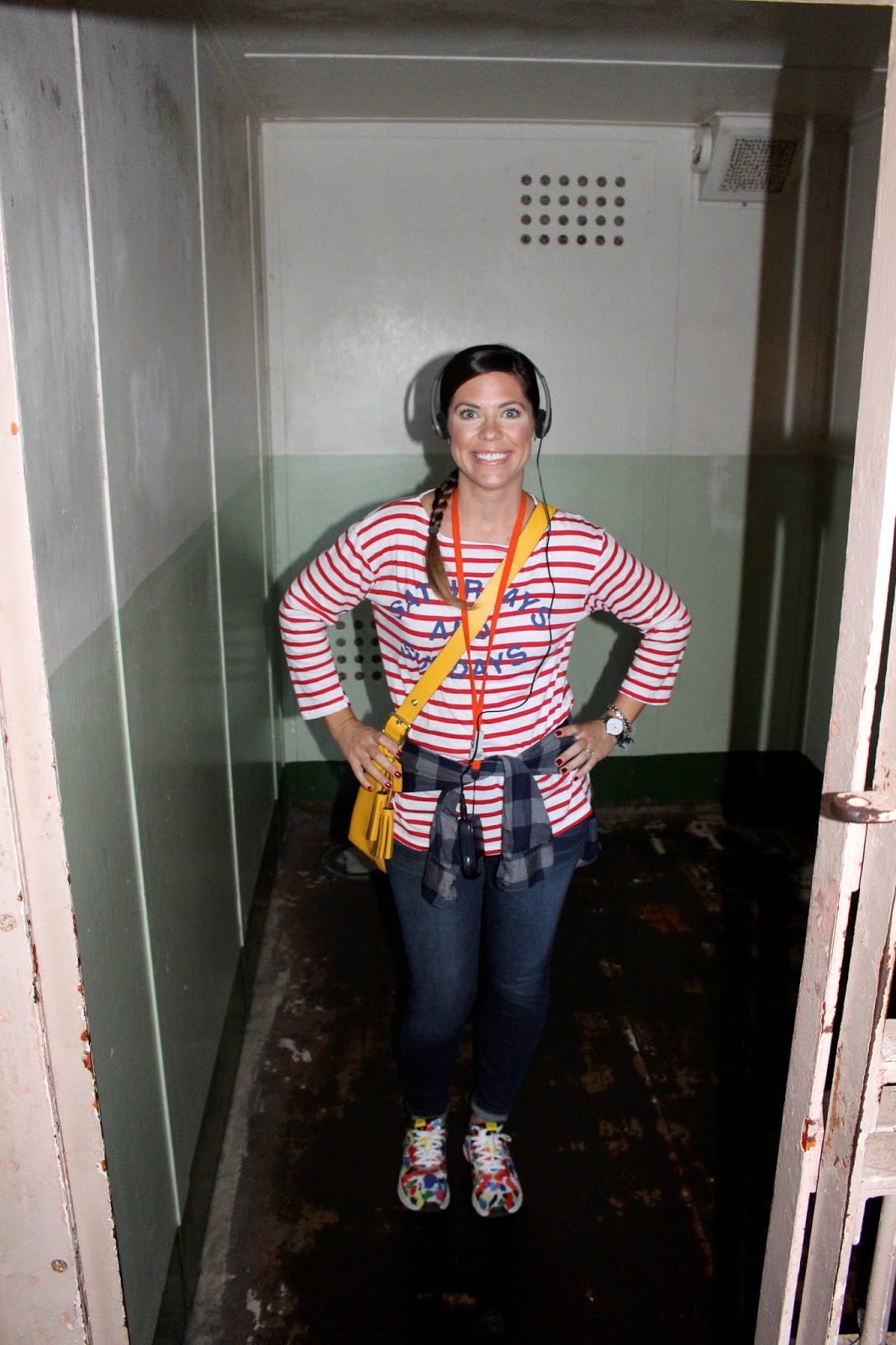 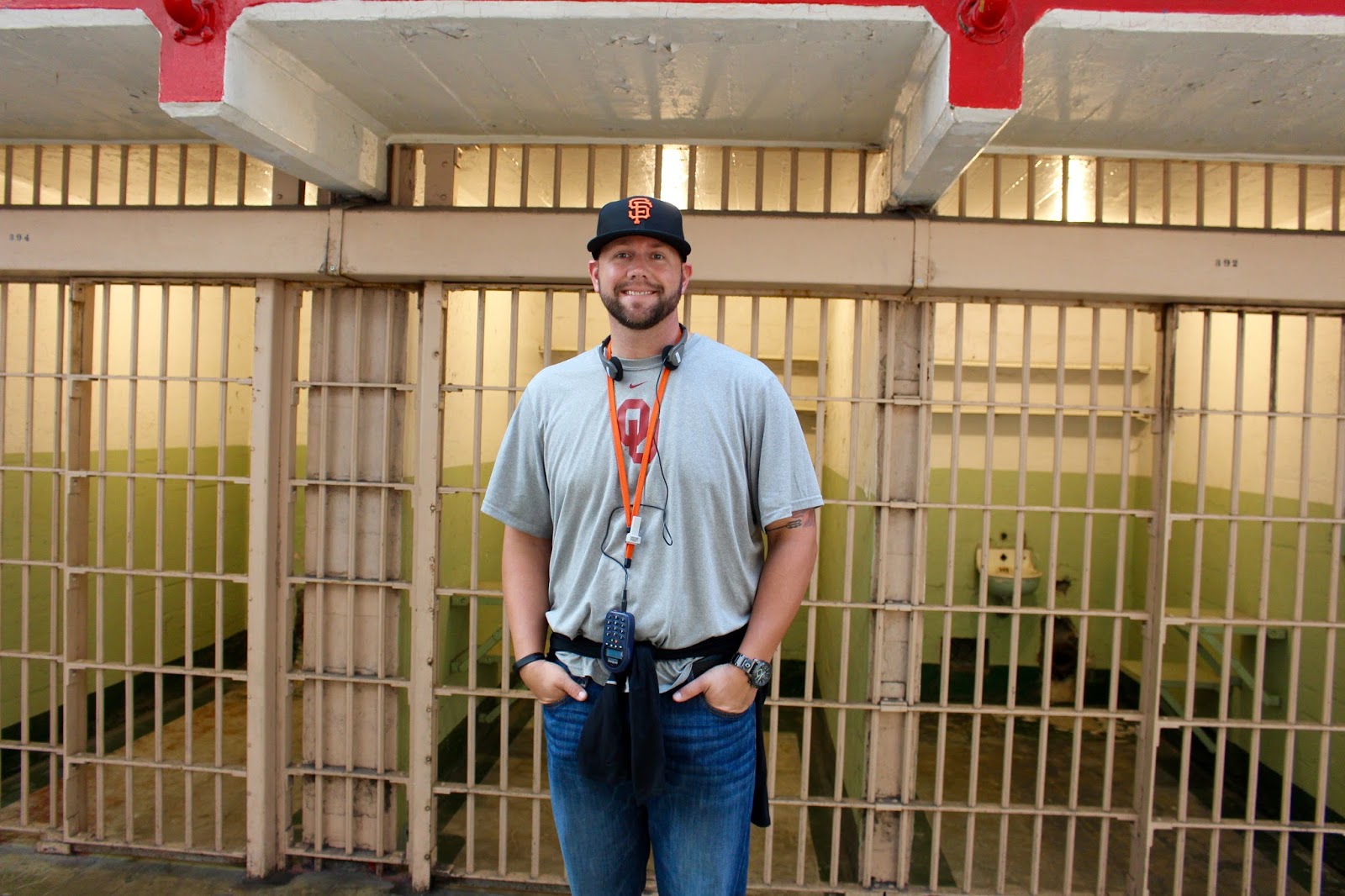 Look at the old Wardens house, I mean look what time has done to it…… it was incredible. 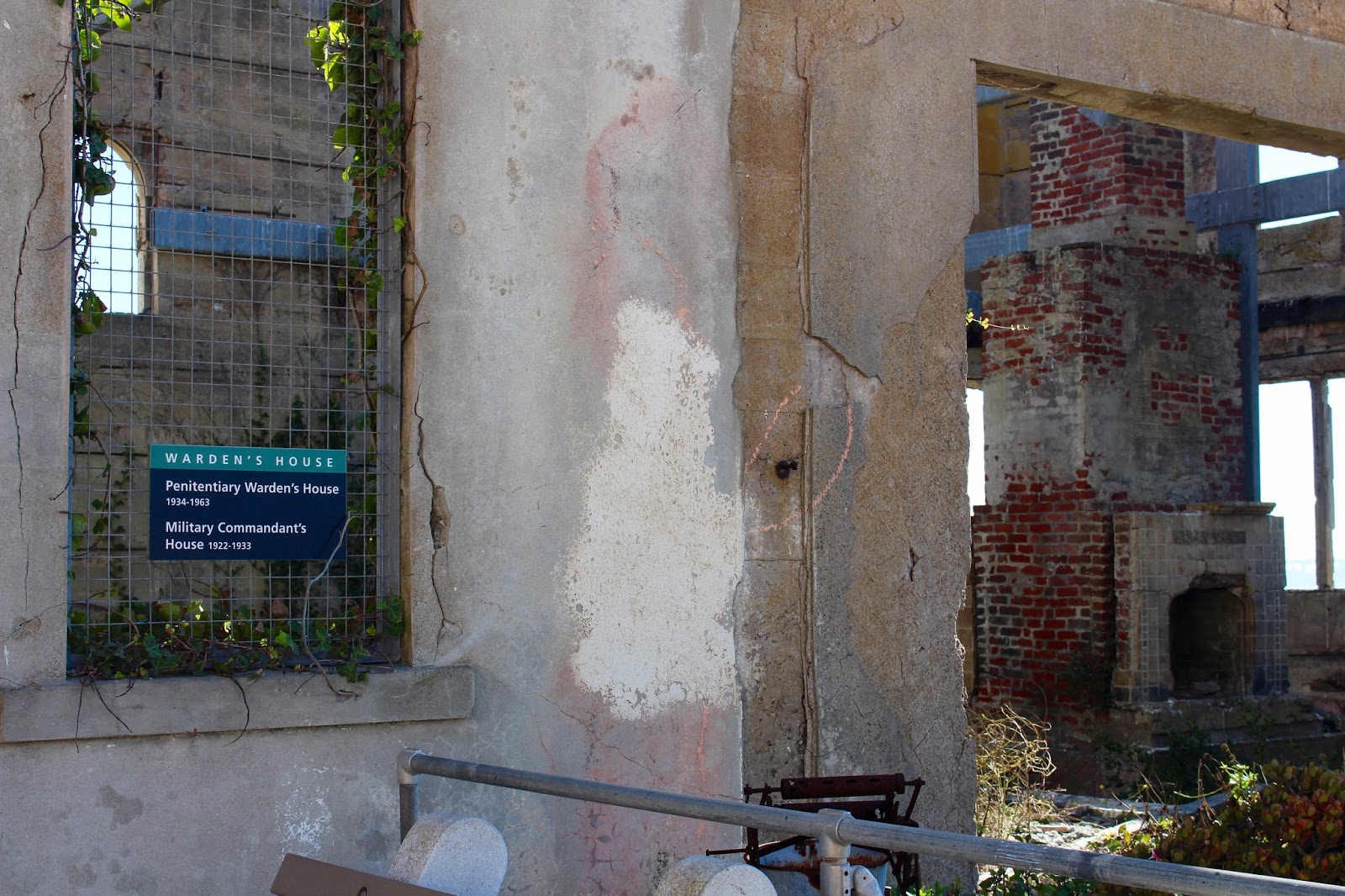 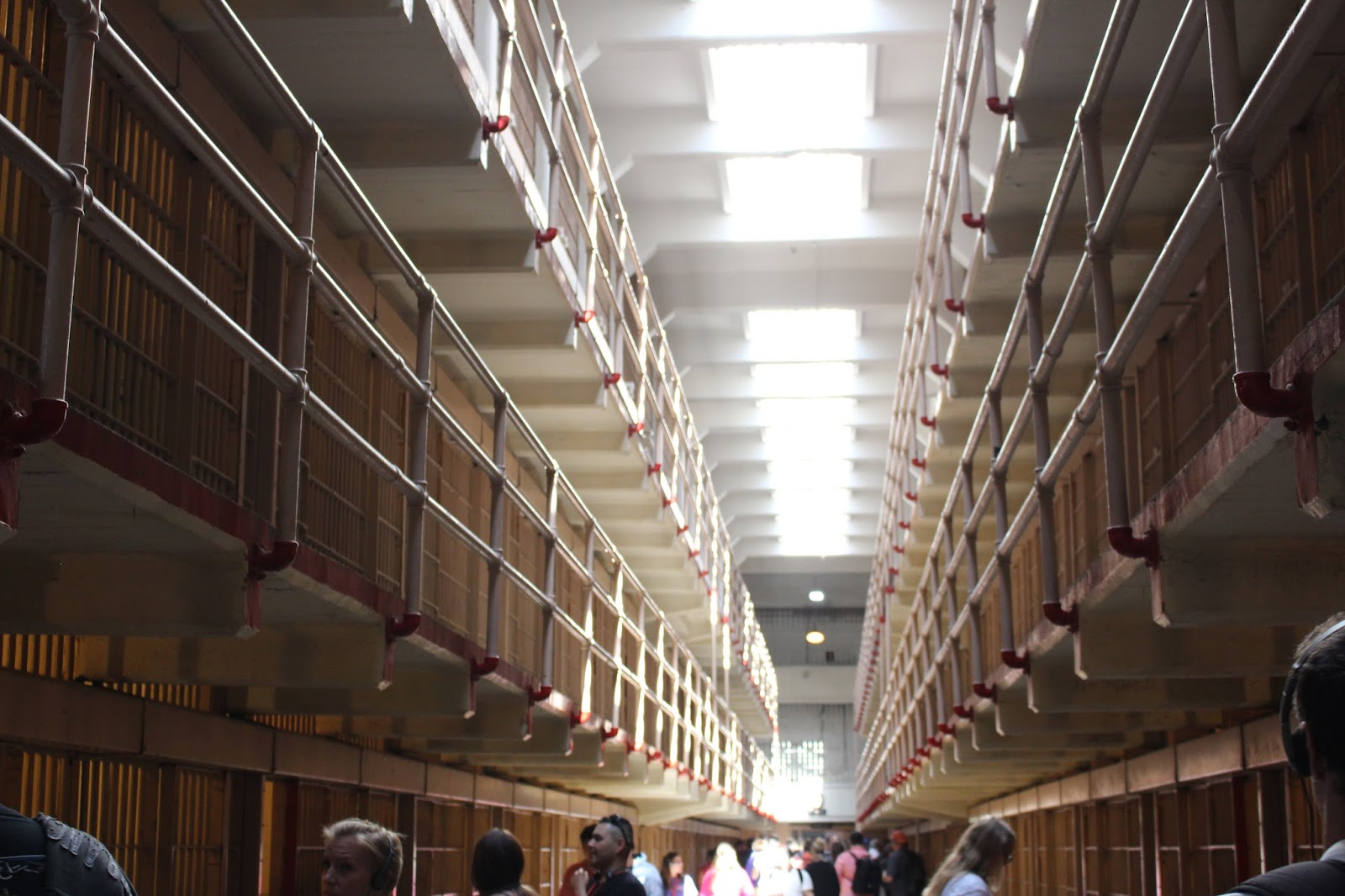 Another place that saw a lot of violence was the cafeteria, and I get it… all the men eating at once getting to interact with one another. 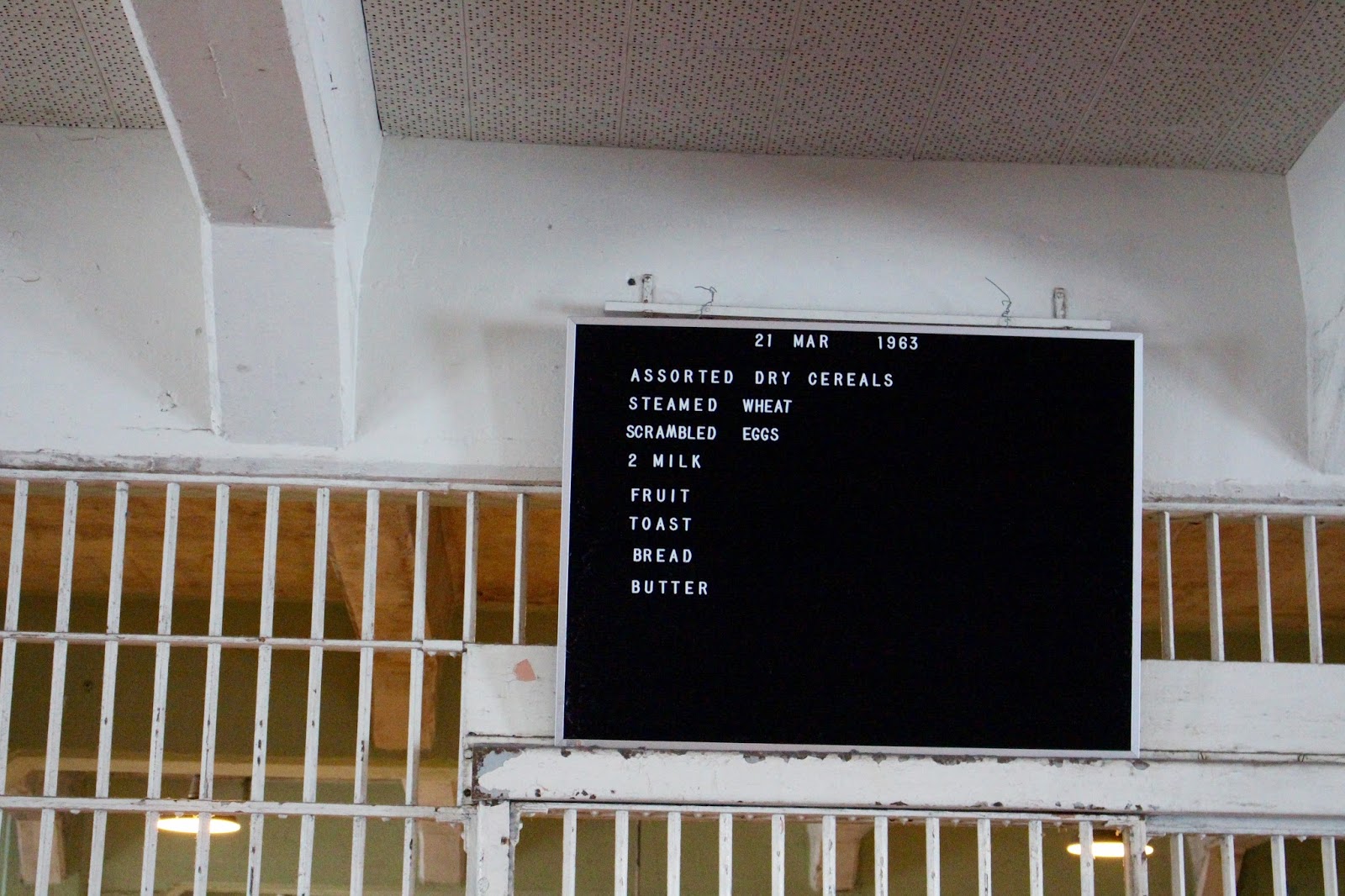 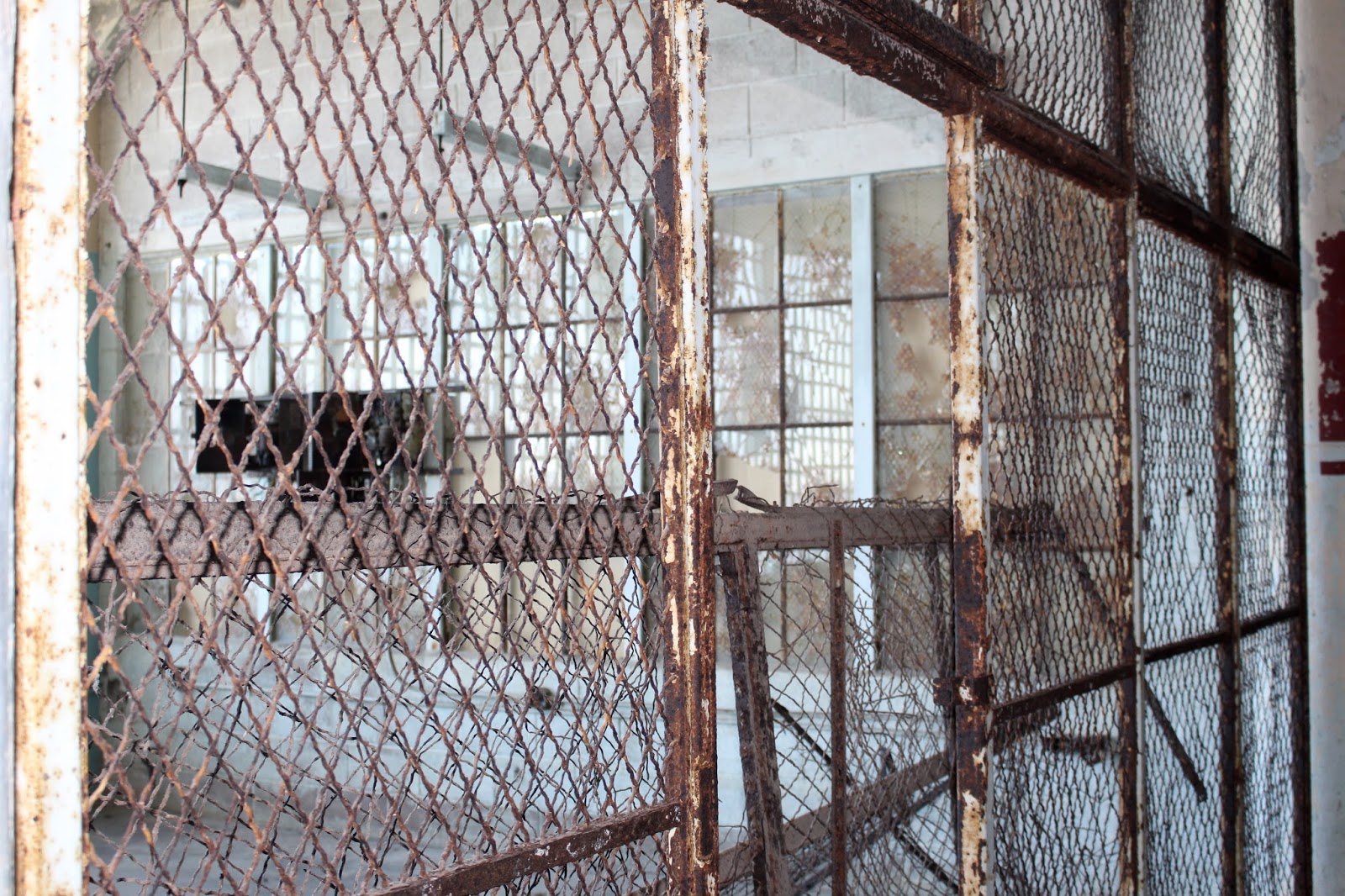 The California Parks and rec runs the island and is actually a State Park so the grounds are kept up beautifully. 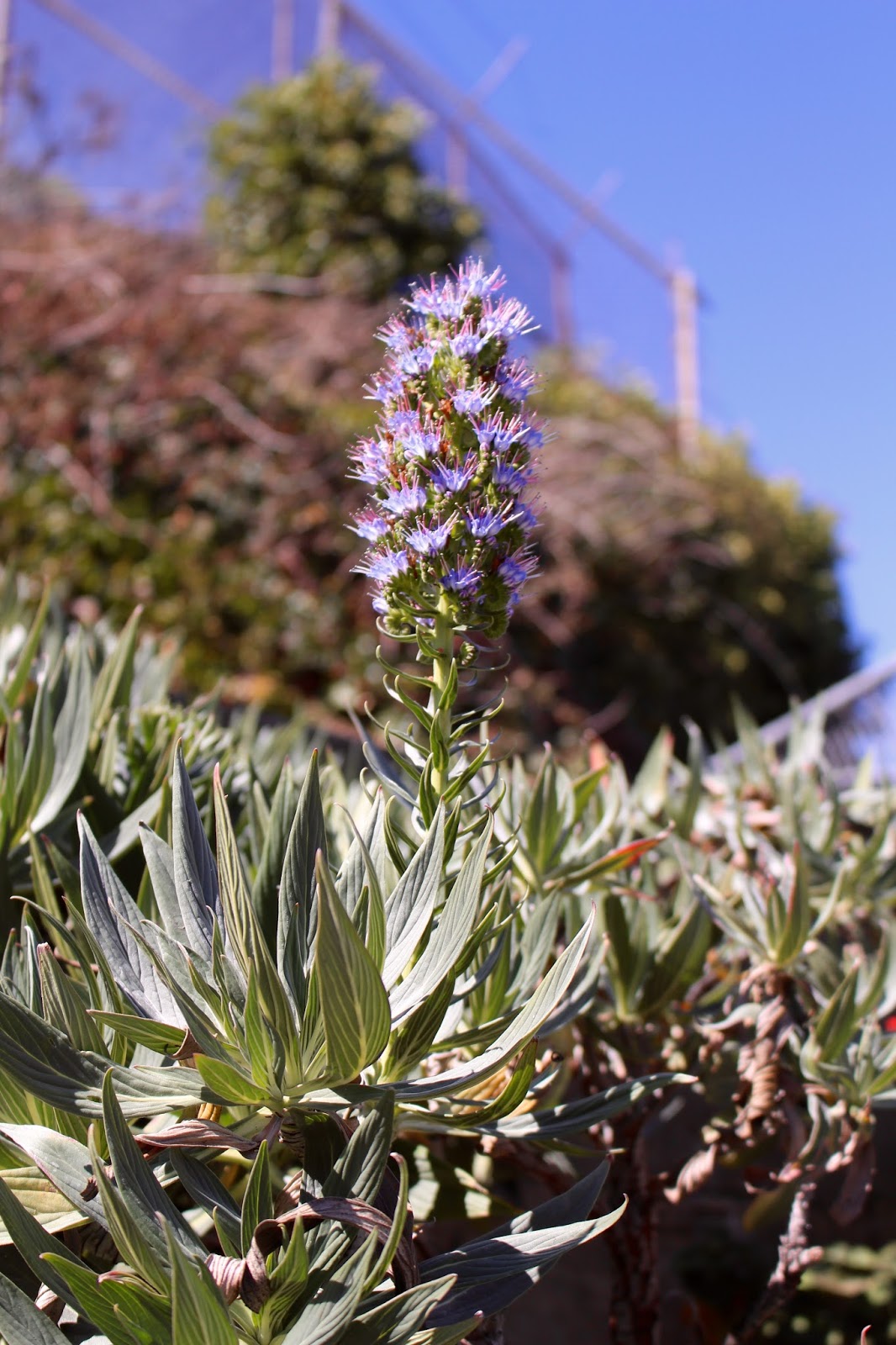 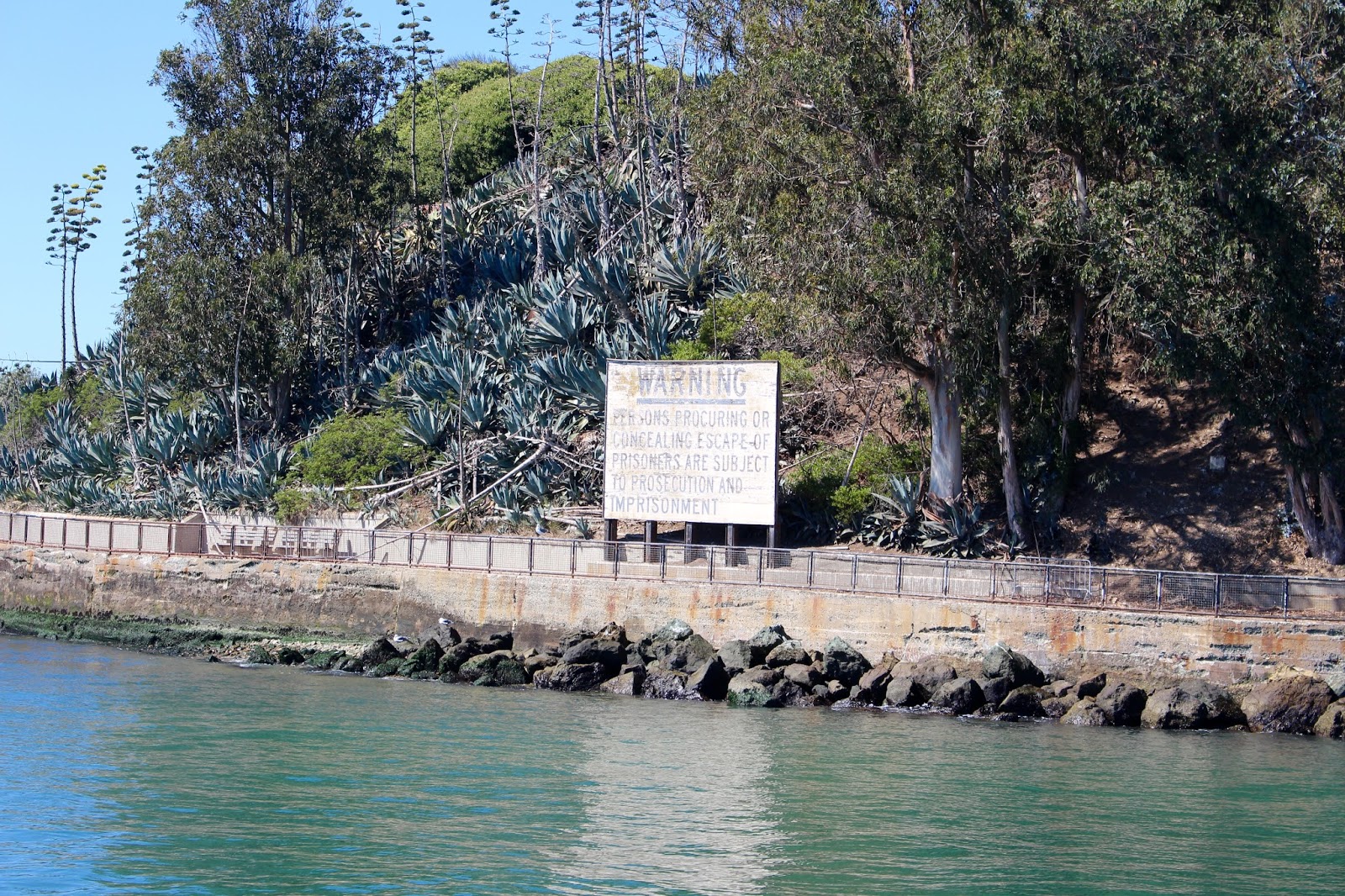 And with views of the Golden Gate Bridge from the Island it really is an incredible place to visit. 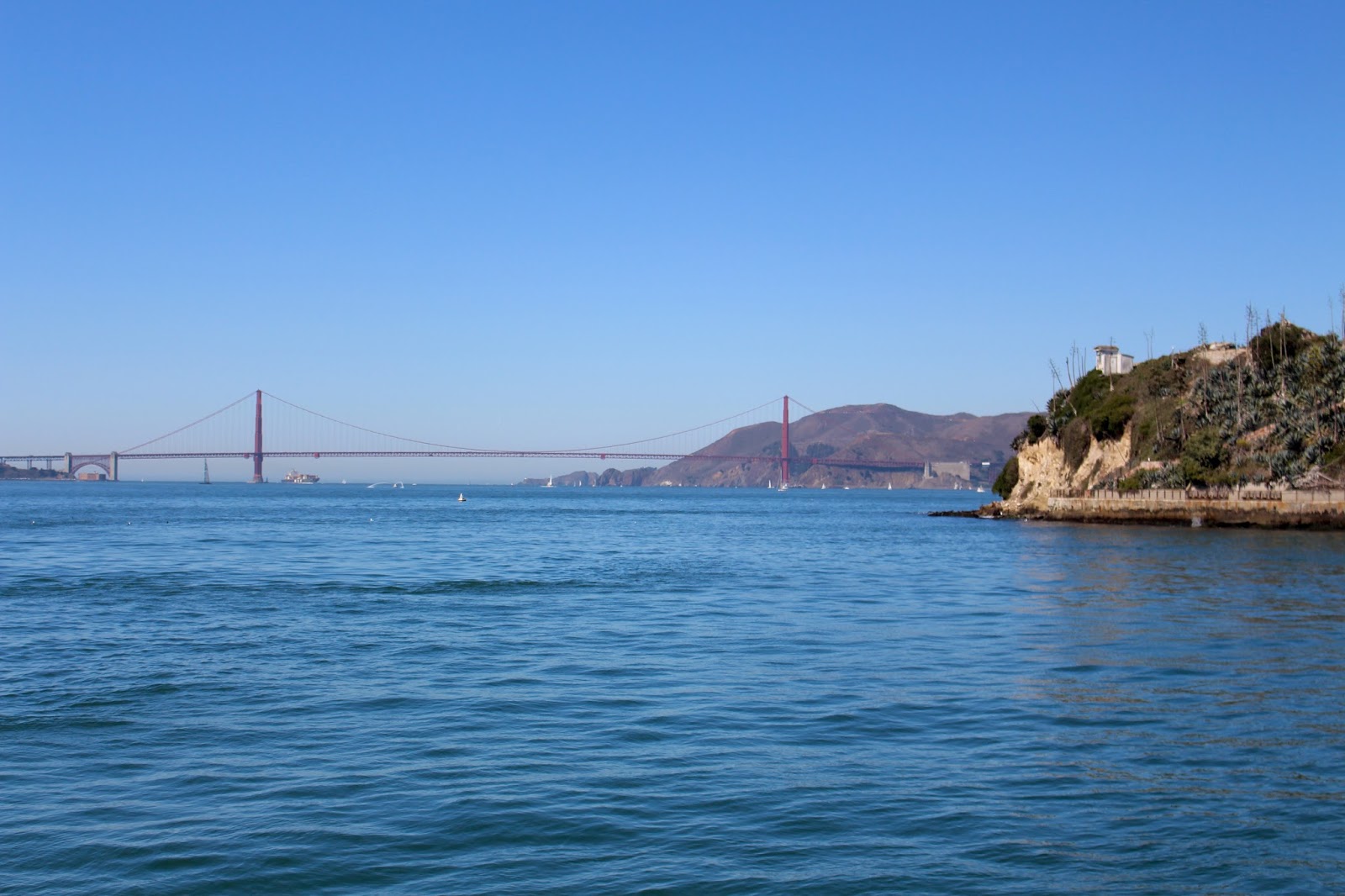 How did my visit live up to expectations? It did…. but the amount of people on the island at one time really … sucks! haha! It was incredible and I can say I was THERE but I would kill (no pun intended) to go back at night with less than 20 people.