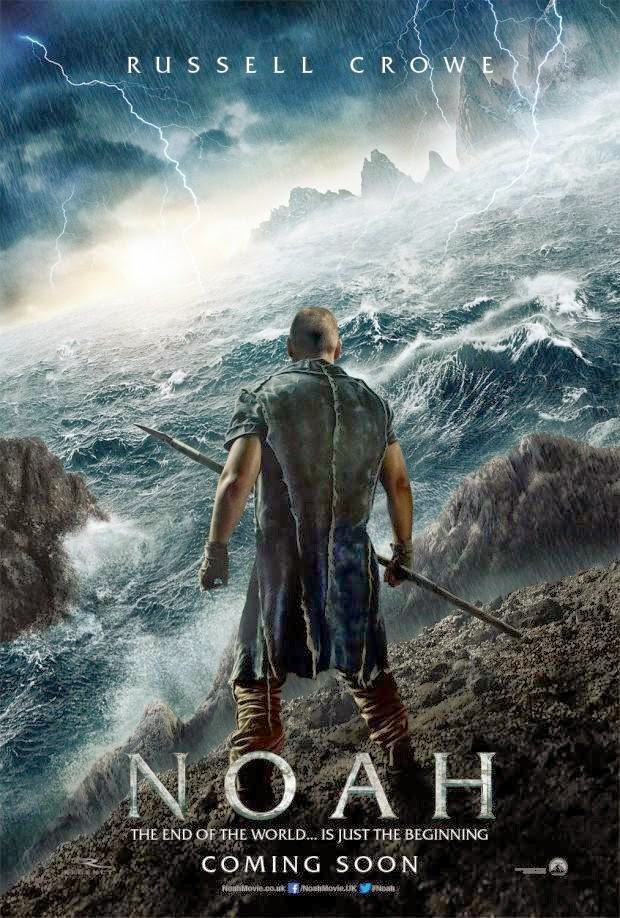 You know it isn’t very often that I go see a movie and feel guilty about it…… but with this insane uproar from Christians over Noah that is exactly how I felt. I want to poke some holes into this hoopla….

There is article after article on why Christians should or should not see this movie and I found one that hit the nail on the head for me from Fox News of all places, here is a portion of the story that might put this into perspective….

I recently saw “The Book of Mormon,” the Broadway musical. It is outrageous, irreverent and flat-out hysterical. There is a reason it’s setting records all over the country. I didn’t know much about the Mormon faith, but I’ll tell you this: I have a better understanding and more interest in it after watching this play.

The thing Christians of all denominations could learn from the Mormons is this: the playbill for “The Book of Mormon” contained three full-page advertisements for the Mormon church! This play pokes fun at the Mormons for two solid hours, and yet the Mormon church chose to spend their money and advertise themselves.

I think it was the smartest response they could have.

You can read the full article HERE!

I am going to cover some of the concerns that I have read and heard about….

* Some articles have said there is NO mention of God in the movie at all and that is just not true….Noah is constantly talking to our “Creator” and getting visions from “Him”. In fact the story of Creation is in this movie and it is told per the Bible and thru what our Creator made each day until on the last day he created Adam and Eve. And during this montage of our world being formed it is in no way pushing evolution…… people will see what they want to see…. I just saw 7 days of our world being formed in fast forward.

* Some people have said this movie is pushing “environmentalism” or “being Vegan” but if you read the Bible God did not allow Men to eat the animals on the Earth until AFTER the flood. So for the men that did so before hand that was evil and wicked. So of course Noah was saddened by the way animals were treated before the flood. And referring to the animals as the “innocences” seems completely accurate to me.

* The Watchers, I do believe that the Book of Enoch (read it HERE) was originally in the Bible and in the book of Enoch you will find the story of The Watchers. So for the Watchers to be in this movie is not crazy or off base. In this movie they are portrayed as “rock creatures” which was strange because I believe they were Men. In Enoch there were 200 Angels who wanted to come to Earth, they betrayed God and came to the Earth as The Watchers. In the Book of Enoch these were “Giant Men” who actually mated with Earth’s women against God’s wishes to create Nephilim. (Side note, there have been many archeological digs that have uncovered 8-12 foot men in the Earth, correlation?)
Now, in this case the director had the vision that The Watchers were rock creatures but that is what makes this a movie. But The Watcher are based on real historical Biblical texts via the Book of Enoch.

* This movie also portrayed Noah at a point as a drunk, only caring about his homemade wine and I was confused. But when I got home and did research this part of the movie is also TRUE!
Genesis 9:18-27 ESV
The sons of Noah who went forth from the ark were Shem, Ham, and Japheth. (Ham was the father of Canaan.) These three were the sons of Noah, and from these the people of the whole earth were dispersed. Noah began to be a man of the soil, and he planted a vineyard. He drank of the wine and became drunk and lay uncovered in his tent. And Ham, the father of Canaan, saw the nakedness of his father and told his two brothers outside.

The problem I had? The problem I had was that once on the Ark Noah went a little crazy. Clearly this is when the story becomes JUST a movie. I thought it was a little silly that a man of God would become so……..insane… and I think this was added for some “Drama” in the movie which wasn’t needed. But I don’t think the director was trying to bash Noah’s legacy but instead he tried to think of what would happen if you went thru all of this…..you might knock a screw loose. It’s just a movie people. So the last 45minutes were not my favorite.

I LOVED how the animals came to the Ark, to see it come to life on the screen was amazing and I think the movie did a great job at interpreting how this might have happened. This was entertaining and this could open a huge dialog of what parts of this story are in fact in the bible and what parts are not. I don’t think in anyway should Christians be opposed to seeing this movie, I saw nothing “Anti-Christian or Anti-God” in this movie what-so-ever. I enjoyed this movie and for some it might be a renter but I am glad I went to see it in the theater!