On January 17th a pod of approximately 250 bottlenose dolphins were driven into the Cove.  Amongst them was a beautiful, extremely rare albino calf.  My dear friend and fellow volunteer Cove Monitor Karla Sanjur was in Taiji, documenting the drive hunt, and immediately noticed this little white dolphin.  She said it “looked like an angel with fins”, and so Ric O’Barry and Karla aptly named this baby ‘Angel’.

After spending a terrified night in the Cove, Angel was forcefully ripped from her mother’s side and, as predicted, was taken to the infamous Taiji Whale Museum. 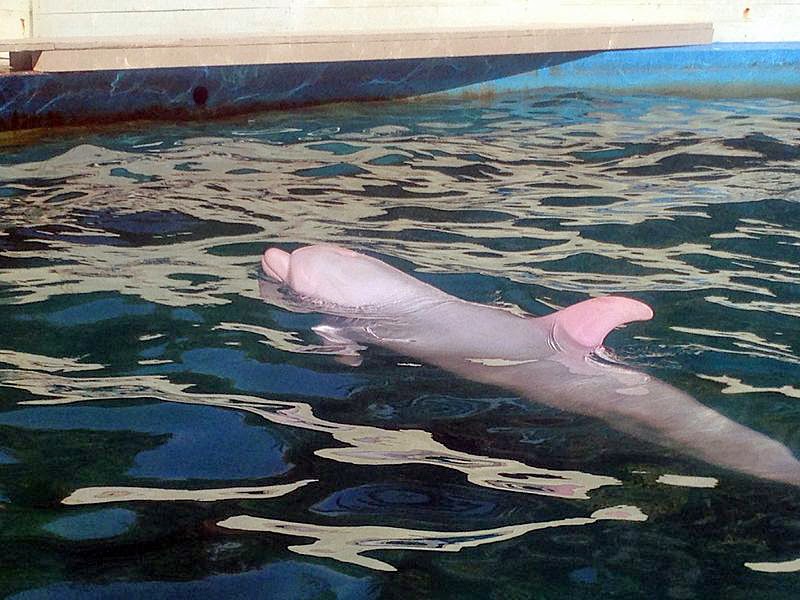 Angel was born a wild dolphin, belonging only to her mother, her family pod, and the sea.  That’s the life that she and every other dolphin were meant to live. Angel shares her small tank with one larger bottlenose dolphin.  During my the time of my observations, Angel swam in a very small circle in the center of the tank, surfacing for a breath every 20 seconds or so, in the same spot during each lap she made.  After a few breaths, it became obvious how predictable and repetitive her actions were.  She did not interact with the other dolphin, although the other dolphin just floated lifelessly on the surface.  Despite their forced close proximity to one another, they acted as though they were unaware of each other’s existence.  Her eyes remain closed or partially closed. 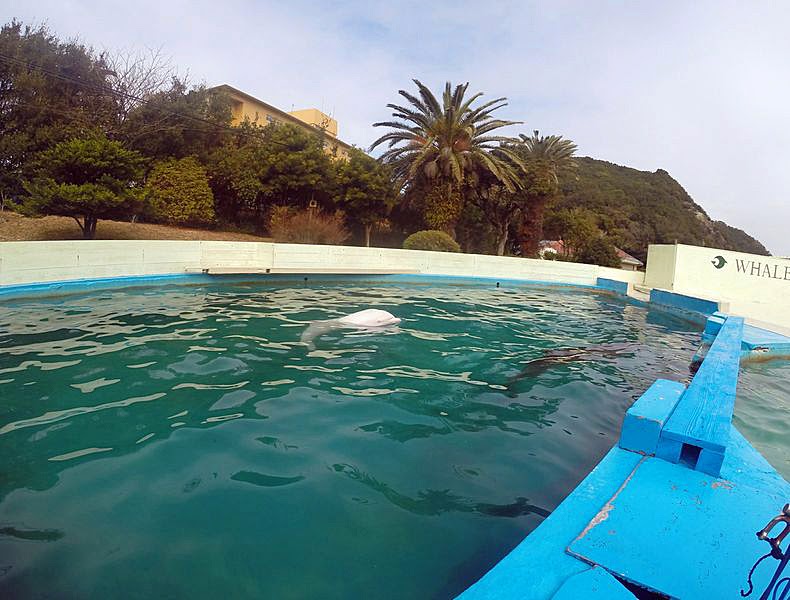 To watch the videos of Angel in captivity you can click HERE!

What can we do to help?
1. You can click HERE to sign a online petition on change.org
2. You can share this with all your friends via blog, email or FB
3. You can keep up with all the efforts to stop the Dolphin slaughter on www.dolphinproject.org
4. You can show your support by wearing a T-Shirt to spark a conversation while 50% of the proceeds will go to this cause! Buy one HERE!

Why do I care so much? I could go on and on and list all the reasons why but one of the main ones is that my heart literally aches for this cause. Dolphins are smarter than you could ever imagine and they know 100% what is happening to them. I encourage you to do your own research, watch The Cove, search my blog for past ‘Dophin’ posts and educate yourself on how we are letting such amazing creatures being treated with such disgrace.