Last Saturday night Matt and traveled about 1 hour 20minutes NE of Columbus to Mansfield to tour the Ohio State Reformatory also known as the Mansfield Reformatory. 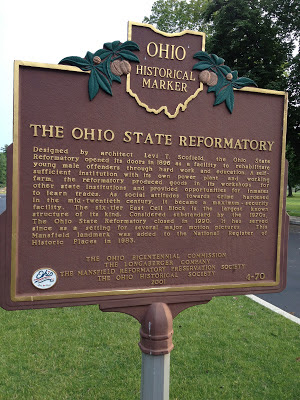 It is beyond amazing to know that this building which was built in 1886 is so full of history. Just that fact alone without the hauntings is incredible. (if you like this sort of thing) OSR does over night ghost hunts and they sell out for the year in March usually, its very popular. So when I won 2 tickets on FB I was ecstatic! Matt went with me and even he had a great time. But I will definitely take friends and family back to experience what we did. 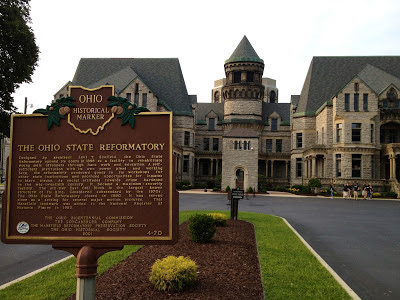 There is a museum set up inside which houses incredible artifacts including this……the actual electric chair. 315 prisoners were electrocuted in this chair. I know that sounds so morbid to say and show it all to you but it is what it is. It’s my “freak flag” if you will. 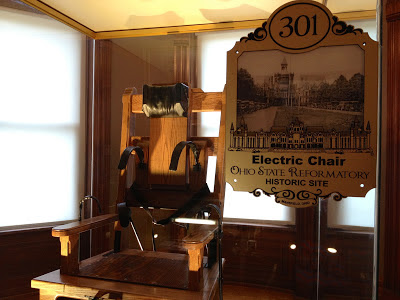 In the museum they also had records on display ……. 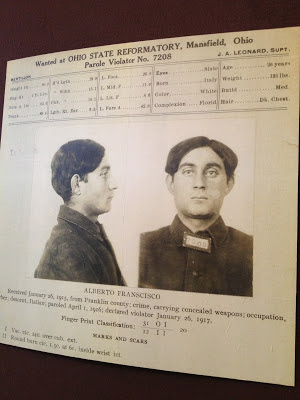 As well as the original log book that housed all the inmates records! It is just something so neat to be in that I can’t explain about how it feels to be surrounded by all this history and energy. 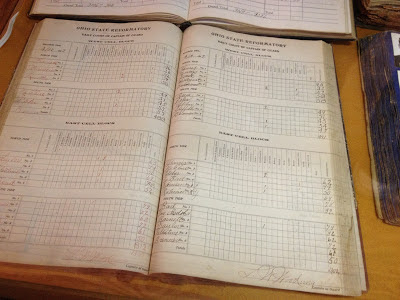 Finally Matt and I got someone to take a picture of us…..you see Rod Stewart in the back? HA! There were about 70 people in the prison with us but with over 1,000 cells and 4 wings it was very easy to imagine you were the only one here. (Did I mention it was hot? yes, too hot) 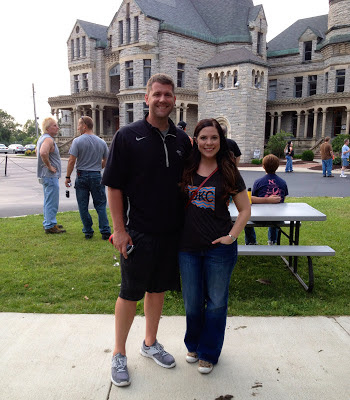 This is the door to solitary with no windows and completely pitch black cells that would at times house more than one inmate per cell for as long as a year. This is the place people report the most activity and this is also where Ghost Adventures had the majority of their evidence captures. While Matt and I were alone, I went into a cell by myself….this was the only place I felt “watched” This was the only place I felt very creeped out and would not have stayed alone. 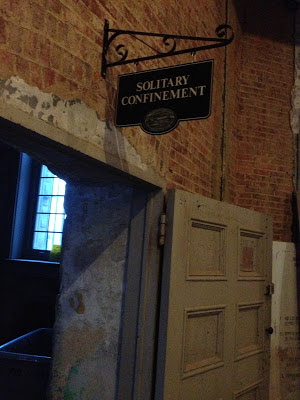 I mean look at this place…..the 3 story cell blocks were literally left as i…s. Dilapidated cells, old books, mattresses and even old letters can be found in the cells. And when you do the ghost hunt you can go ANYWHERE! It was amazing! 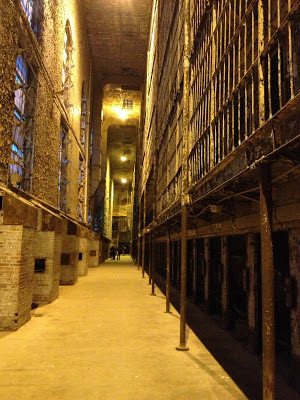 These are 2 pictures I took during the tour before lights went out! I mean there isn’t very many words to describe this place and it is so hard to picture it in your head filled with inmates. 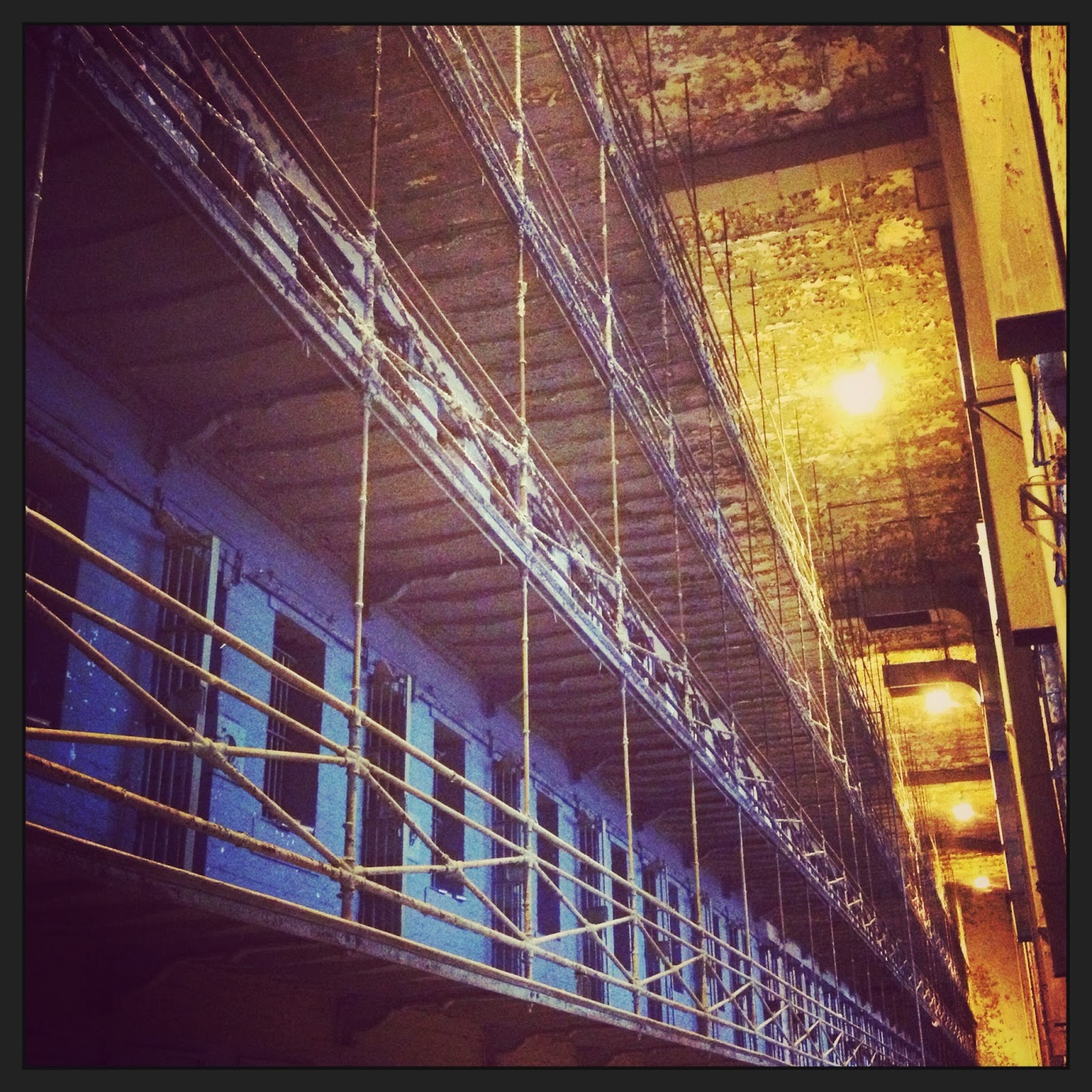 If you have seen Shawshank Redemption then you will recognize this below. The movie filled in this prison and this was the room they used as the “Half way house” in the movie. It was so cool walking around this place and seeing the movie play out in your head. 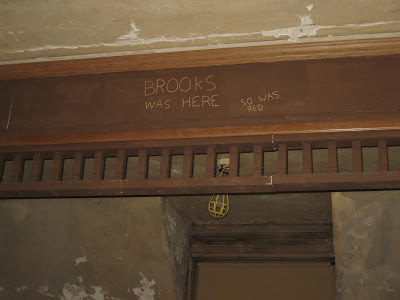 This was part of the original Wardens apartment also located on the property. At night around 1am when Matt and I were in here I actually felt more creeped out in this part of the building than I did on the cell blocks 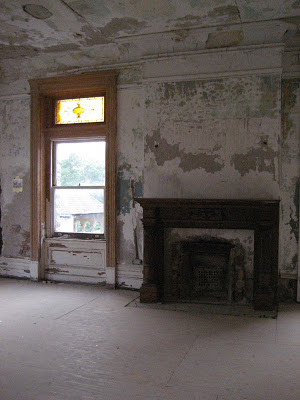 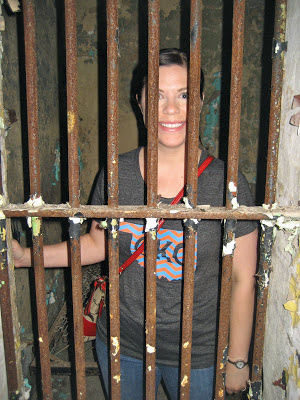 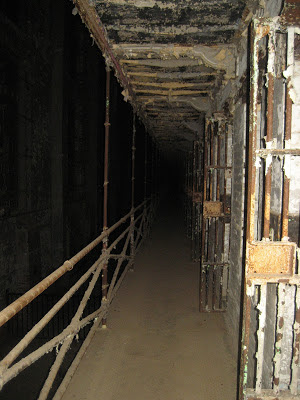 Matt and I accidentally found this around 11pm….the safe in the Wardens office where Andy locked up the ledger every night in Shawshank. 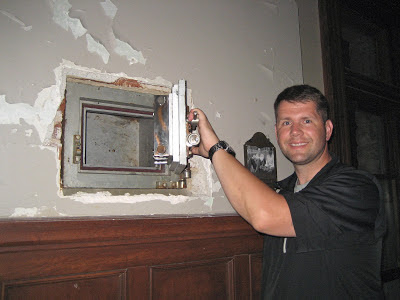 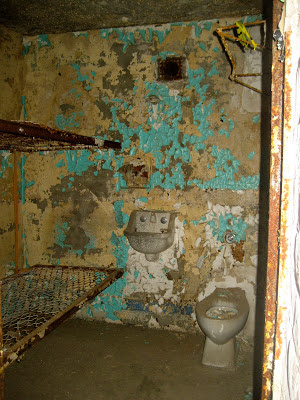 I mean look at this place…..these pictures were taken with my flash on the camera because without that or our flashlight it was pitch black. 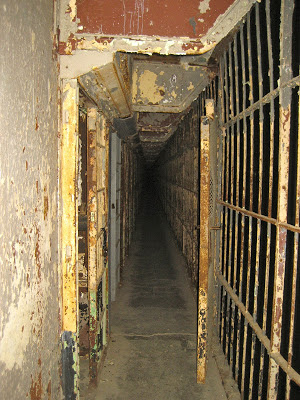 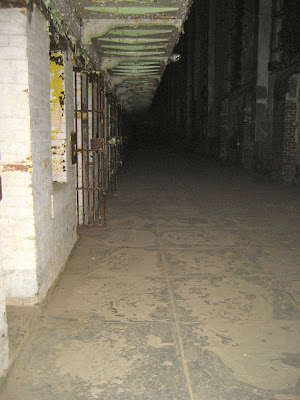 We sadly did not have any paranormal experiences to share with you but that didn’t mean that this wasn’t worth it. I can’t wait to go back. To learn more about this place click HERE!