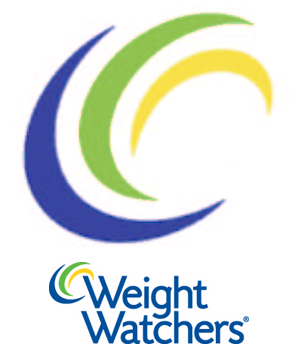 It’s Friday which means weigh in time and considering the week I have had I was glad to see anything and by anything I mean 1/2 a pound this week! But I didn’t gain so that is good and hey, 1/2 a pound is 1/2 a pound lost. This week with Oscar and Matt being away I just didn’t watch my portions like I should but I plan on trying to get back on track starting NOW!
Did you loose anything this week? Share it with me if you did!!!!
REMINDER!!! Be sure to enter my give away on the last post and spread the word!!!

Now the update for my baby Oscar! I went to meet with his doctors yesterday and we spend a very overwhelming hour discussing his care before they sent him home with me. You see it’s hard with animals, they can’t tell you when and where they hurt so I am just a wreck. Poor guy, when they brought him to me I could barely hold back this whole weeks full of emotions. It was hard. 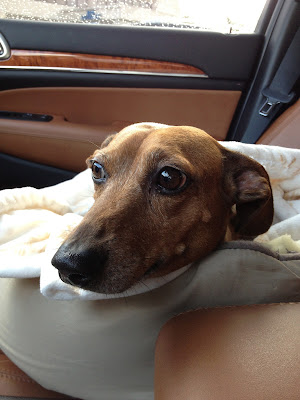 While he was away since he and has to be crated to limited his movement for a month I got him this whole new set up! Here is Bella checking out her new roommates digs! (this is in the master) Currently he can’t use his back legs we have to hold him up in a sling to go potty and get some movement in a few times each day. 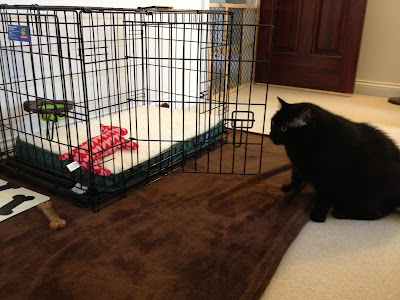 Here is this bad boy……he looks very tough doesn’t he?? And I am in a constant state of worry that something bad will happen. Yes, I am a HUGE nervous nelly! 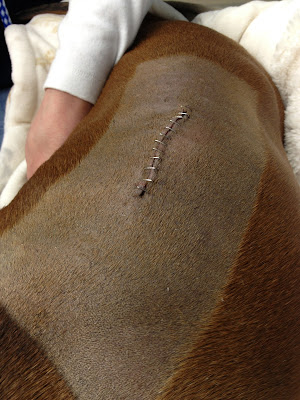 I brought him home and realized his crate was TOO small, so I then had to move him and realized the poor baby had peed on himself (he can’t help it) so I didn’t know what to do so I put him in the tub while I cleaned up his mess and on the advice of his doctors I went get him a “pack-n-play”. In the kiddo aisle at Walmart trying for the life of me to pick one out I had a wee-bit of a meltdown. I then rushed home put this together and finally got him comfy inside! We then iced his back, which has to be done 4xs a day. He looks thrilled doesn’t he? 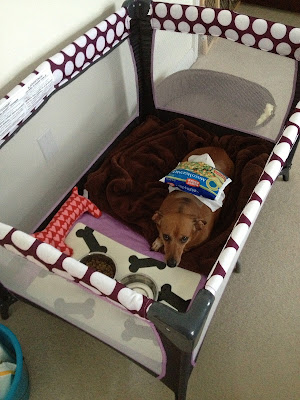 Matt actually surprised me last night by catching a flight home 1 day early to help me with his care, that was much needed! And the good news is….he ate a little bit of food today! I just can’t relax, I am worried he is hurt, why is he not sleeping, does he need me…and poor baby cries because he wants to be out with us but we can’t. So it will be a long road folks and my hair might add more grey to the mix!