On Sunday we headed to Cincinnati for Matt’s last Birthday present……Broncos vs Bengals!! This is our 2nd NFL game and they are really a neat experience, We had a blast! 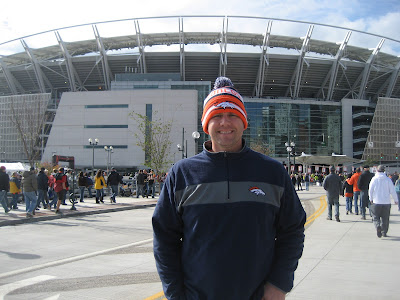 Our seats were amazing, we were only 19 rows up…it was perfect we could see everything! I will say that the Bengals fans were not great. It was sad, they were rude, they yelled out non-stop curse words, drunk and just awful. I am not sure why people have to get that way, it’s just a game? Get this……when we got there the Bengals fans behind us went and got security who then questioned us about how we are not the people who usually sit in those seats?! No crap, we got them on StubHub….they had to “inspect” our tickets to verify we were not seat stealers! SOO rude! 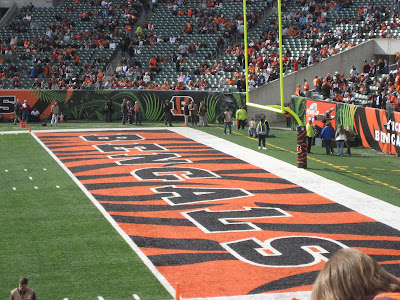 The weather was perfect….upper 40s with sun, we couldn’t have asked for a better day! And Cincinnati is only a little over 1 1/2 from our house so the drive isn’t too much to do roundtrip in one day! 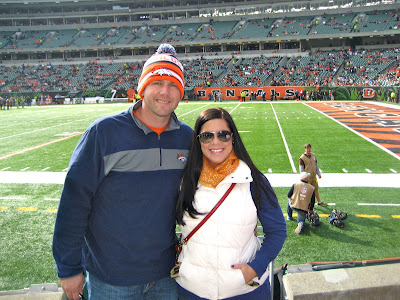 Ok, you know how much I LOVE pro dance teams………they were awful. So bad that the guys behind me were talking about how the girls don’t even seem to be doing the same dance. They were so pretty but sadly nothing to write home about. 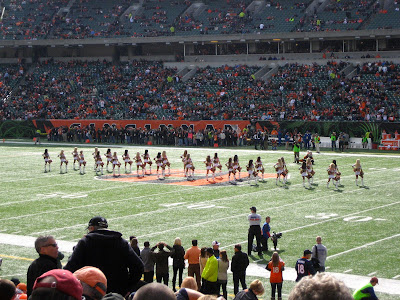 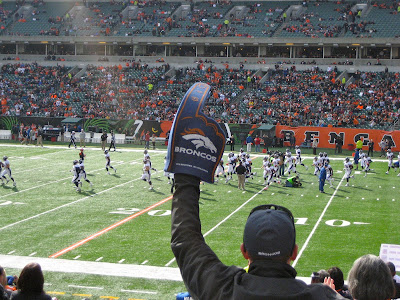 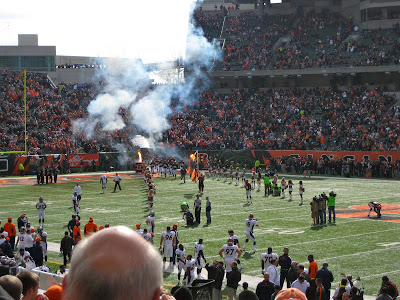 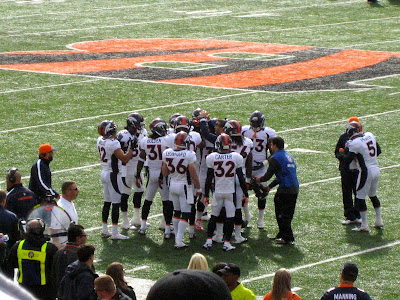 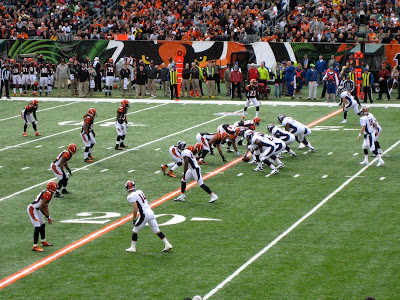 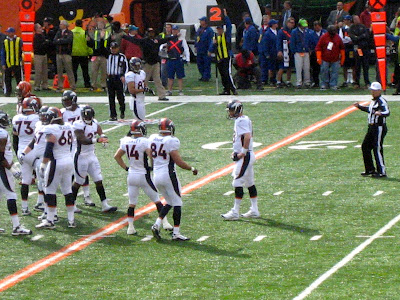 It was so neat that we were watching one of the best NFL quarterbacks….Peyton! It is just awesome to say we got to watch him play! 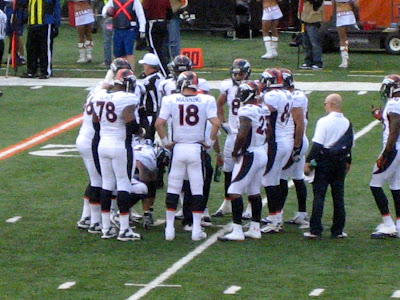 And our Broncos WON!!! I would like to think that they won because we were cheering extra loud for them! Matt had a wonderful time and when we got home we both went to bed early to recoup from the past week of going non-stop!