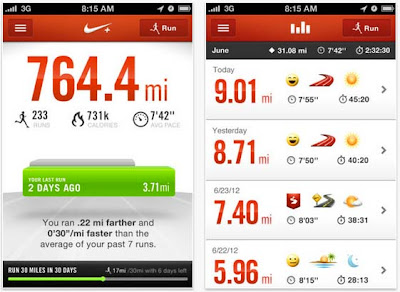 So…..I have been having some bad migraines over the last week but when I have woken up feeling good I have walked the neighborhood!! I downloaded the Nike running app above and when I hit a mile it tells me and it tracks how far I go which I like!! Now, I am not walking crazy amounts of miles or anything but you have to start somewhere! So far so good but I know things happen and I don’t want to put so much pressure on myself!! BUT….I did buy a scale yesterday and that was enough to push me a little but harder each day!
I even downloaded the PERFECT exercise playlist…..you all should check it out, you will like it!!! I call it Rockin and Walkin….plus it’s exactly 1 hour long!