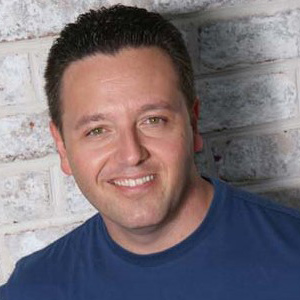 TGIF!!!!! Last night Matt and I went downtown to the Columbus Palace Theater (which is stunning) and we got to go to a “lecture/group reading” with the Physic Medium John Edward. How? Why? Well, months ago when my good friend Nicole who is a flight attendant knew I was moving to Columbus one of the first things she told me was about this event and how she would fly in to go with me! Well her work schedule didn’t pan out but I still wanted to go and since Matt is the only person I know he reluctantly went with me.

We didn’t know what to expect but I was so excited I mean John Edward is a world renown medium who even had a show called Crossing Over for many years. There were about 1,000+ people in the audience so your chance at a reading was slim but I didn’t care I just wanted to experience it. John told us how it works for him, he talked about what happens when our loved ones cross over and he then took questions. We were there about 2 1/2 hours and he read (read meaning made a connection with the other side and then shared that with the loved ones in the auditorium) about 6 sets of people. It is so hard to explain everything in this post but it was very memorable……enough so that Matt was really blown away and he was able to experience how special and emotional readings could be.

Each family he read he was not only able to connect with their loved ones but he was able to share exact names, places, situations and experiences living family have had. There is NO way anyone could of known anything he said.  Ok, hmm…..for instance he pointed to the exact section he was being pulled too while saying he was seeing football gear and a feeling like he wanted to tackle someone….he also said that was connected with September. A woman stood up and said her son died in September while playing football, he tackled someone and broke his neck. John then went on to say that he sees her laundry room, which is downstairs with a hug silver sink….and on the sink her son is saying is a trophy of his. Well get this…..the women then said that was exactly her laundry room and on the sink is the plaque she was given was they donated her sons heart to save someone else’s life. It was pretty incredible to see this…..and the women wasn’t sad but happy and at peace. The reading was more in depth than what I can convey. That is just one example but it was a once in a lifetime  experience!

John is touring the US and you can see if he is coming to your next of the woods………click HERE to visit his website. Now I don’t think I have to give my disclaimer but if you follow me then you know I have been to things like this before and that I am a believer. And if your not, great I can believe one thing and you can believe another. As a Christian I believe strongly that this all fits into faith and heaven…..and oddly after reading a book called Ghosts Among Us by James Van Praugh I felt even more connected to my faith and what is awaiting us in heaven. We all have different journeys in life and mine may take a different route than yours.

Have a good day friends!