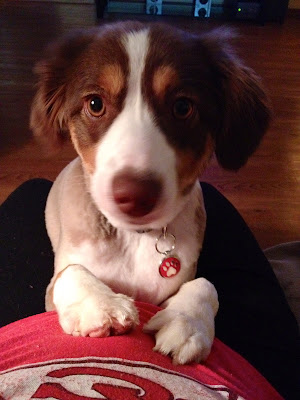 After I moved out of my house I had a 2 week “lapse” where we didn’t have a closing date and nowhere to go!!!! So I boarded my animals and moved back in with my parents! I stayed in the spare room/ TV room on a pull out couch but lucky me I got to cuddle Betsy Ross (above) everyday. We bonded and in 2 weeks she became my new best friend and the fill in for my babies who I was missing! In the afternoon one day when Marissa got home from Summer School and I was free we laid in my pull out and watched shows together….it was nice! 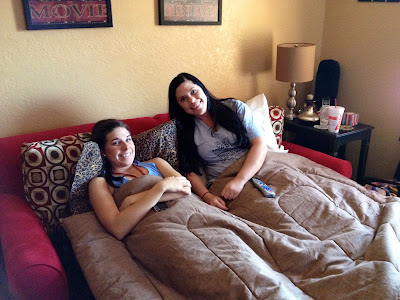 On the day before we loaded up I drove by our old/first home one more time…………….*tear* Goodbye….. 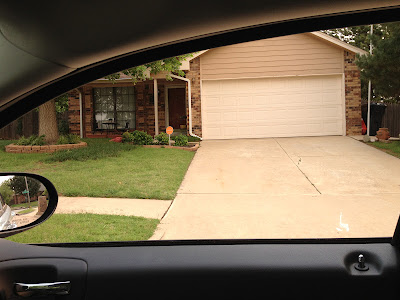 Here I am getting in some last minute snuggles with Betsy Ross……It was hard saying Goodbye to everyone and in fact I didn’t…….It isn’t goodbye it is just “until I see you next time”. I have never had to say goodbye so the whole thing was new to me. 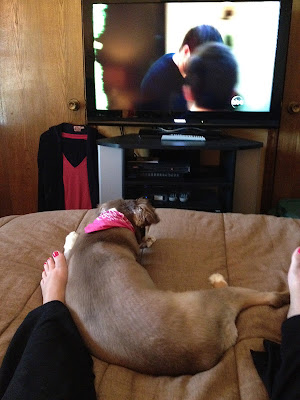 I know I know………..just one more cute picture of Miss Ross………with her new summer do! Lets all say it together……AWE! 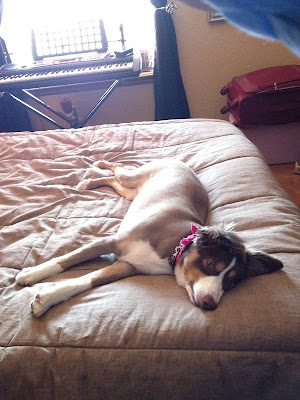 Thursday May 24th I picked up Abner and Ralph from the vet and took them to my In-Laws to stay the night. I hated that I picked them up only to drop them off again but it was the best scenario for everyone! My Father-in-law Jeff was heading out with our U-Haul truck early early Friday morning to start his drive with my 2 boys! 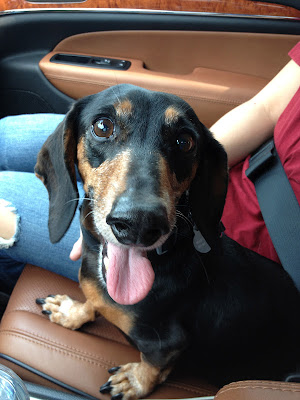 Jeff had his own crazy journey….keep in mind Memorial weekend the highs were in the 90s across the country and about 1/4 of the way into his 2 day drive the AC went out in the Truck!!!!!!! I felt awful, he said not only did the dogs have their tongues out but he did too!!! What a trooper! We were so thankful for his help!!!!! 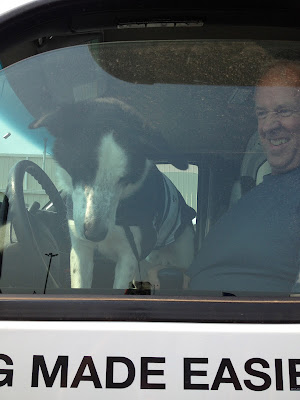 Friday morning Mom and I went to get the last 2 of my babies Oscar and Bella from the vet and head out on our own journey………Friday we made the 8 1/2 hour drive to St. Louis. 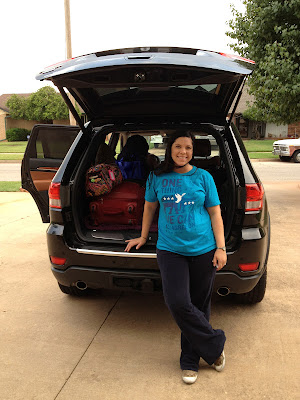 We had given the animals a mild sedative from the vet to relax them on the drive but go figure…..it did JUST the opposite for my Bella….she was wired! She moved from the front of the car to the back and was a crazy little lady all day. (you can see her stitches on her back from her surgery) 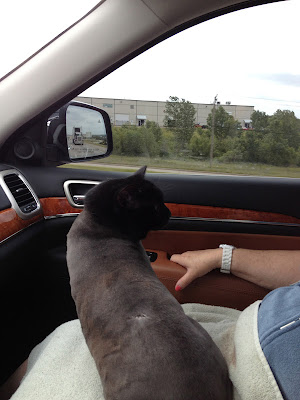 Look at these two……..Poor babies had no idea what was going on and I will say the drive was…..challenging. Stopping for bathroom breaks, making sure Bella stayed in the car, coaxing Oscar to go potty…..this cycle went on and on. 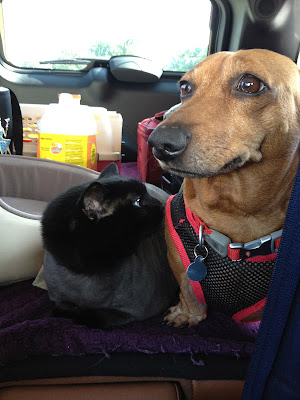 Friday night was an ABSOLUTE nightmare……….I booked us in the animal friendly Hilton across from Busch stadium and it was a crowded DUMP. Finding a hotel that takes dogs AND a cat was awful………They charged me double then what I was told for my animals. To take Oscar potty I had to go down 9 flights, out the hotel and walk 1 block in downtown St. Louis to a park to take him potty. The streets were crowded with Cardinal fans we were like fish fighting to get upstream. And while we were in the park one time people pointed and called him fat…….I cried the whole way back to the room. I didn’t do my research it was my fault that I picked this stoopid hotel!!! I was stressed, upset and it wasn’t what I expected and so I had a breakdown….or 2 that night, BAD!
Look at him…….he was so depressed. 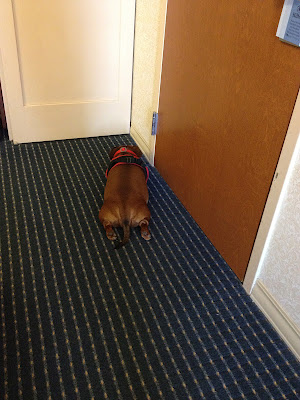 This was the ONLY good thing about our stay…….our view (below)!
I now have to tell you a funny story…..I swear on everything this is true just ask my mom. Gosh, I need a reality crew following me around because the things that happen to me are UNREAL!!!!!!!!!
So……we had to order GROSS room service and I only opened the door a smidge and out of nowhere Bella takes off………IN THE HALLWAY! Have you ever tried to catch a cat?????? I am literally freaking the heck out running up and down the 9th floor after my scared black cat. I mean WHO DOES THIS? SO then she ends up hiding behind the ice machine outside someones hotel door. I run to get my Mom who is actually the calmer of the two of us….I am hyperventilating at this point. (you try convincing a cat to do ANYTHING) I am praying, crying, begging her to come out….I swear I can only imagine what the security people who probably saw all this on surveillance thought.?! After the LONGEST 20 minutes of my life she moved enough for me to grab her and we ran back to the room. Once inside with the door LOCKED Mom and I were so beyond emotional that we did the “crazy person” laugh while crying at the same time. It’s a talent, try it.  Can you picture this happening?????????? It was the worst night of my life. NO JOKE 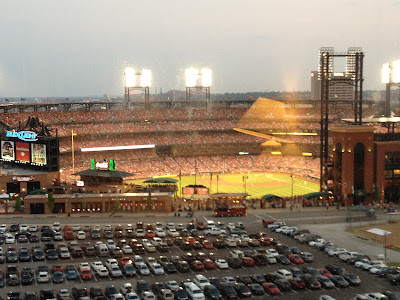 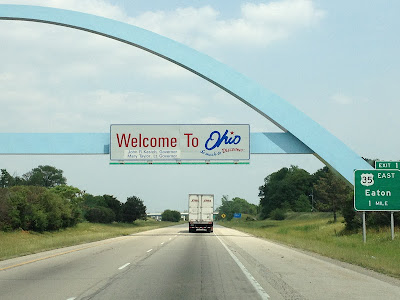 The boys, my Father-in-Law and the U-Haul arrived around noon as they started their journey before dawn to beat the heat. We rolled in around 4pm exhausted!!!!!!!!!!!! Here she is……our suburb is called  Pickerington it is about 15 miles South of downtown Columbus. 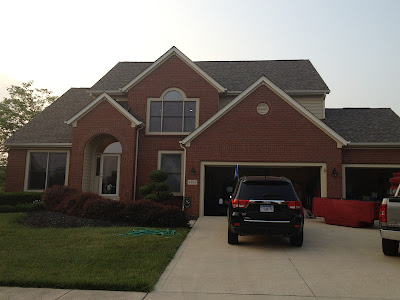