So on Sunday we switched gears and back tracked to Matt’s Birthday! The WS was his Christmas and this NBA Charity game was part of his Birthday! Before we went to the game we met up with my family for dinner…….. 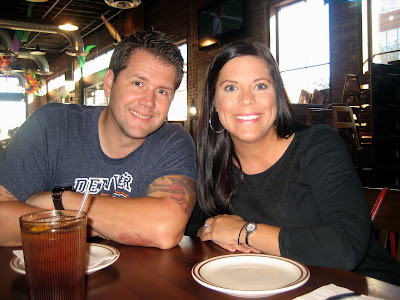 The guys were warming up when we got to the game, our seats were much better than I thought which was a nice surprise! We were just 12 rows up on the side! 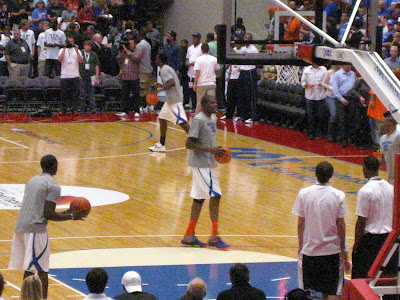 Matt and I at the game……..this is our old arena where the Yard Dawgz use to play and our hockey team plays. Right now no NBA player can be inside any of the NBA arena’s due to the lock out so this was the perfect spot for the guys to get together! 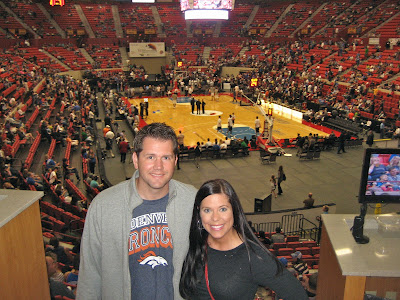 Here is our beloved Kevin Durant who organized this whole game, he really is a great guy and OKC loves him! Sadly, Blake Griffin aka Mr. Slam Dunk had a “hurt” foot and had to back out of the game…..which I can understand BUT what I don’t understand is why he couldn’t even show up and sit on the bench. I mean this was HIS event…..the shirts all say Griffin vs Durant?! So I personally think that even thought he cut his foot in ocean (true story) he should of came to support the guys. So rude. Ok, I am off my soap box. 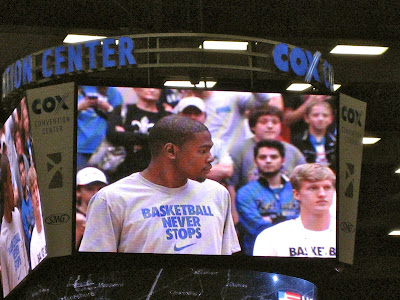 I will say that this game made me like Lebron a smidgen more than I did before the game. I mean he showed up, played for charity and he looked like he was having a great time! I will say he was not the leading scorer by a long shot……Beasly from the Timberwolves was followed by Durant and Carmelo Anthony. 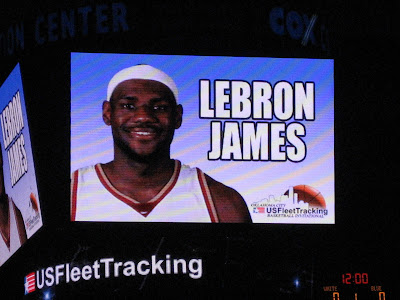 It was SOOO nice to see Chris Paul, Okc still loves him since the Hornets were the Okc Hornets for 2 years he is still in the family you could say! I had to cheer extra loud for him and his mad dribbling skills! 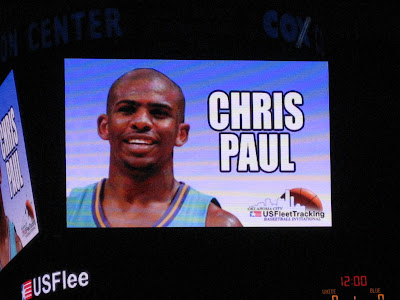 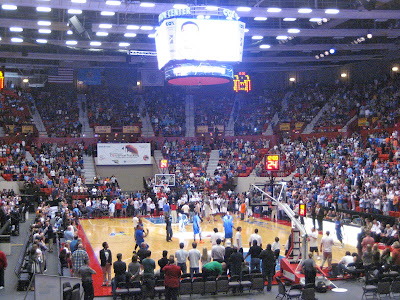 Carmelo Anthony and Durant ready for the jump ball………… This game also made me like Carmelo a lot….I don’t think he stood out during the season but here he was on fire and he just seems nice. 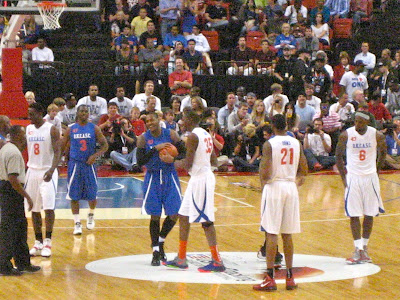 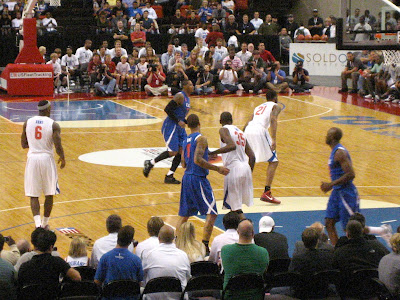 One of my FAVS……….James Harden, looks like someone has been working out this summer! HA! 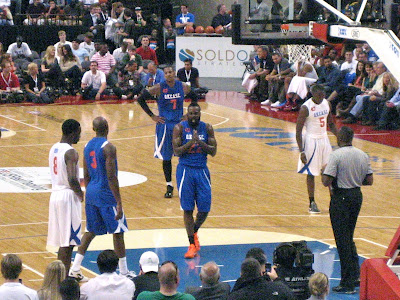 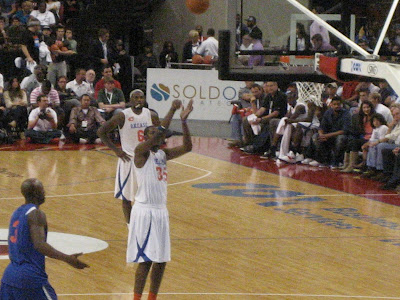 And this was the final score! This was just such a fun laid back game! Loved every minute and it makes me miss the Thunder even more! Come on and “Let the Boys Play”!!!!!!!!!!! 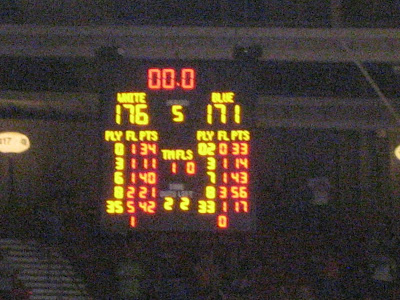 Matt had a great time which I am glad about, such a fun way to kick off the start of his Birthday week!