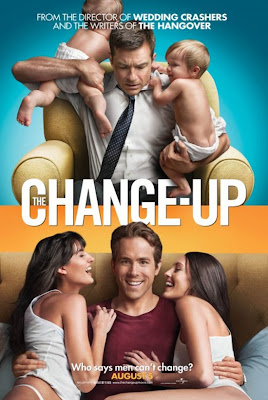 I have been looking forward to this movie for some time now so Matt and I went to see it on Saturday! I just love Ryan Reynolds and Jason Bateman, I mean what a dream team?!! Last week I began hearing how this is not just R but extremely “Raunchy”! I didn’t get that from the trailer below, do you…..would of never guessed? Matt Lauer even said he thought it just squeaked in for an R and not a NC-17 rating! SO, we had to see what the fuss was about. LOL!!! I will say I felt sorry for the families who brought their kids to this…I would have died (who takes kids around 10 to an R anyways?). What did I think??

I felt that they tried TOO hard to make it raunchy……like maybe they sat around a table and a bunch of guys came up with ideas like……tons of boobs, old gross boobs, 200 F-bombs, bad sex scene, taking dumps and inappropriate conversations. I mean we laughed and I enjoy going to any movie but overall I felt like this was a renter….I was let down. Maybe if they actually tried to get laughs instead of trying to “shock” the audience with gross out stuff I would of enjoyed it more!

I still say Horrible Bosses was the funniest movie I have seen all year!