**Warning** Picture Overload!
So….last night I went with my mom to the Thunder Season Ticket holder reception…..my sister was too busy and my dad didn’t really want to go and man OH man are they kicking themselves! HA….I love it! So the invite was vague….all we knew was to be at the Ford Center at 6pm! We got there and the doors were closed so you have about 1,000 people standing outside waiting and wondering what we are going to be doing! When we first went in we got a free Thunder bag filled with goodies including an autographed picture of a player and the “schedule” and then we realize that ALL concessions were FREE! So fun! Well, mom and I decided to walk around the concourse to see what all was going on and to our surprise………………….. 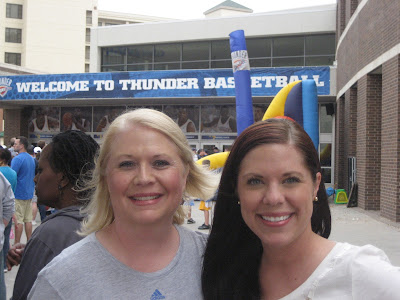 Was ALL the players!!!!!!!! I almost died!! The entire team walked the concourse, interacted with fans…you name it!!! Here is my FAVORITE player…..James Harden aka “Fear the Beard” and he was taking on fans in the basketball arcade game! 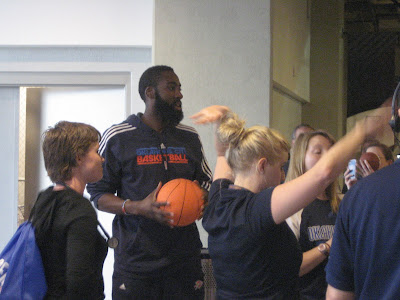 Then on the way to the bathroom was Royal Ivey so I pretty much bum rushed him while throwing the camera to my mom!!! Cheese…………. 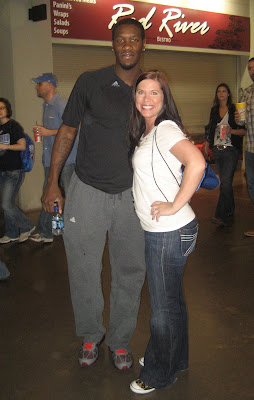 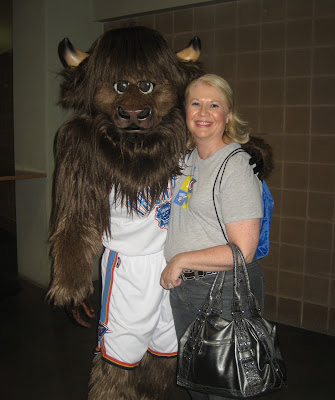 And back to my love…..James Harden! 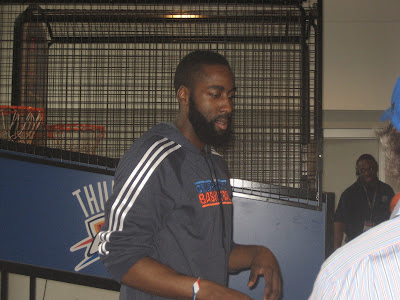 Well lookie who we have here………KEVIN DURANT!!!!!! He is so so tall in person and he had a body guard with him as well as the Thunder Handler! Later in the night he was walking the steps in the arena and I grabbed mom and ran over to ask him for a picture and he TALKED TO ME……he said “no, I am sorry I can’t right now” well, at least I tried! 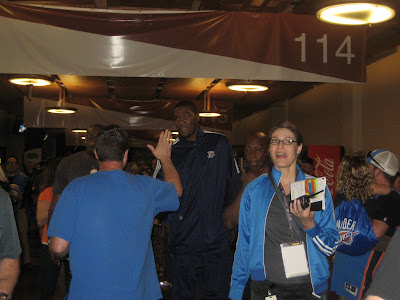 Ok, so I was DYING to get a picture with Serg but people were CRAZY! I mean I had my hand on his arm (aka built bicep) and right when I was going to ask for a picture some crazy person cut me off! I wish I had more balls! And yes, he is HUGE…reminds me of the new Little Wayne song “6 foot 7 foot 8….” 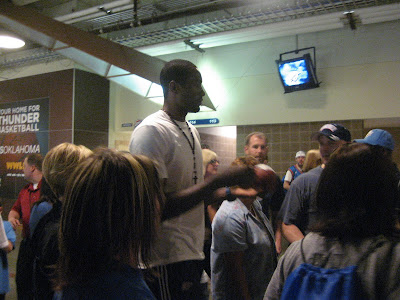 So………here we have Russell Westbrook who was most recently in the NBA All Star Game and I was FRONT row to watch him at the bball game! He was so nice and fun! The Thunder has the most down to earth players….we are so lucky! 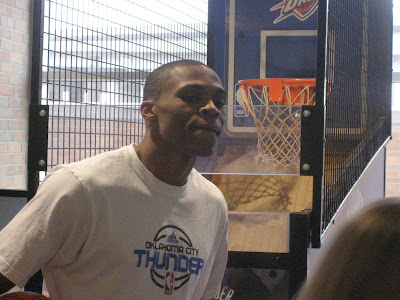 Here we have Cole Aldrich, Russell Westbrook and Kendrick Perkins!  It is fun to see them in more of a “real life” aspect and off the court! 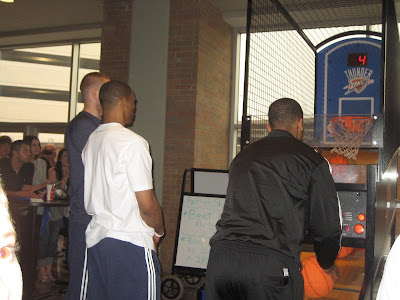 The guys also did a question and answer time……..it was fun to see their personalities shine! KD said he wants Okc to be his forever home and no, James does not plan to shave the beard anytime soon! Thank goodness! 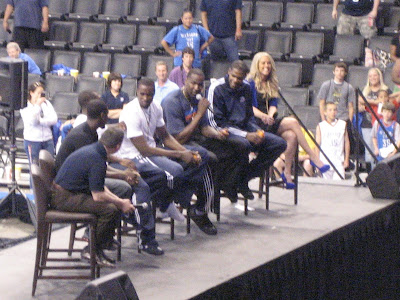 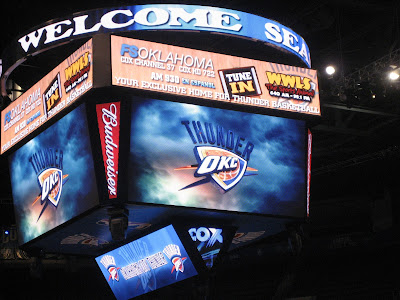 Mom and me grinning from ear to ear……….I will more then likely not be going next year after my dad realizes what he missed out on! 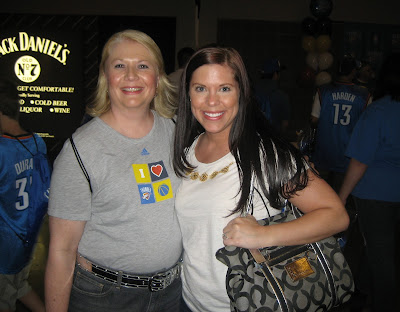 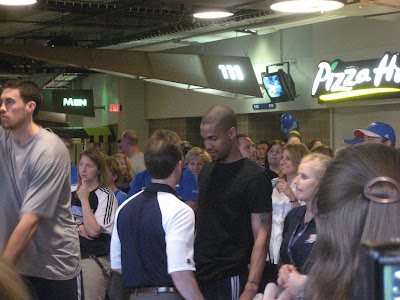 Look! I am mini Rumble! HAHA 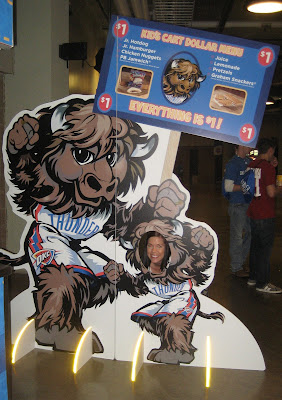 Oh yes, look what I have for you…….James Harden and Eric Maynor singing Karaoke! No joke!

So needless to say last night was SOOOO much fun!!!!!!!!!!! I have more video but after trying to upload for 2 hours I give up!! HA