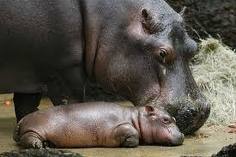 So we all know the “I want a Hippopotamus for Christmas Sing” Right? Well, did you know that the song was written in and for Oklahoma City? The song was written as part of a fundraiser for the Oklahoma City Zoo to raise funds to bring in a hippo for the new exhibit!! It is so neat that such a classic song of Christmas was written in my city and for my city AND for an actual HIPPO!
And of course I want a hippo for Christmas, who doesn’t?