Mockingjay by Suzanne Collins
Against all odds, Katniss Everdeen has survived the Hunger Games twice. But now that she’s made it out of the bloody arena alive, she’s still not safe. The Capitol is angry. The Capitol wants revenge. Who do they think should pay for the unrest? Katniss. And what’s worse, President Snow has made it clear that no one else is safe either. Not Katniss’s family, not her friends, not the people of District 12. Powerful and haunting, this thrilling final installment of Suzanne Collins’s groundbreaking The Hunger Games trilogy promises to be one of the most talked about books of the year. 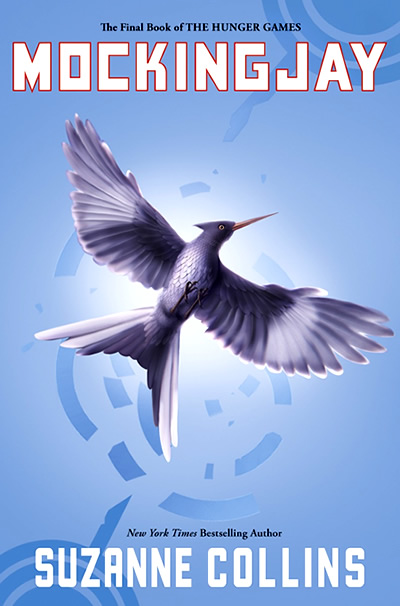 So I read the first 2 books in this series and LOVED them….just LOVED them! I have waited months for this book to come out and well….wah wah. First of all it took me a week to read this and that has to say something because the first two I read in like 2 days. I was very disappointed …..I felt no connection to the characters or to this storyline. I will say that the “Epilogue” at the end wrapped up the characters in a nice bow and I appreciated that but everything else left me wanting so much more.