LONDON – Dozens of headless skeletons excavated from a northern English construction site appear to be the remains of Roman gladiators, one of whom had bites from a lion, tiger, bear or other large animal, archaeologists said Monday.


Experts said new forensic evidence suggests the bones belong to the professional fighters, who were often killed while entertaining spectators.


Most of the skeletons were male and appeared stronger and taller than the average Roman, with signs of arm-muscle stress that suggest weapons training that began in the men’s teenage years.
To continue reading this story click HERE!!!! 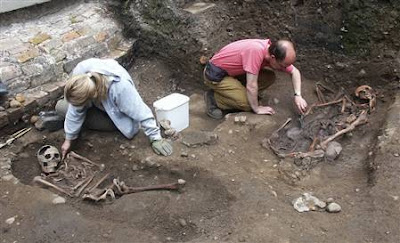 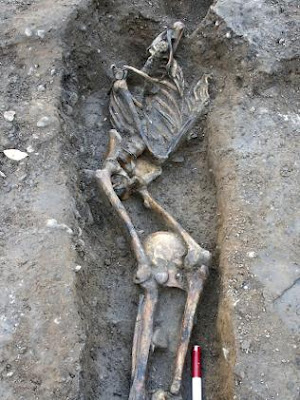 And YOU ARE WELCOME!!! This was another edition of Nicole’s News of the weird!