So, I love the Next Food network Star and this season’s winner Melissa has a great new show and her first episode she made a meal that she had won the judges over with during the competition…. Potato and Bacon Torte with a Cafe Greens Salad. Melissa lived in Paris for awhile with her husband (lucky them) and this recipe looked too good to pass up! But…… since it was my first time to make it, that always adds on time and it calls for homemade crust… my prep time was a whopping 1 1/2 hours!!!! NO JOKE! Was it worth it? Every bite! I will include the homemade crust recipe but next time I think I will do a switcheroo with frozen pie crust!
Pie Crust:

1 cup butter (2 sticks), cubed and chilled
2 1/4 cups all-purpose flour
1 teaspoon salt
8 to 10 tablespoons ice water
Put the butter, flour, and salt in the food processor, and pulse lightly just until the mixture resembles wet sand.
Add the water, 1 tablespoon at a time, pulsing briefly after each spoonful of water. Keep adding water until the dough just begins to gather into larger clumps.
Transfer equal amounts of the dough into 2 resealable plastic bags and pat each into a disk. Let rest in the refrigerator for at least 30 minutes.
Remove 1 of the disks from the bag to a flour coated surface. Using a rolling pin, roll the dough out to a 10-inch round. Gently fit the rolled dough into a 9-inch pie pan, and refrigerate while you prepare the torte ingredients. 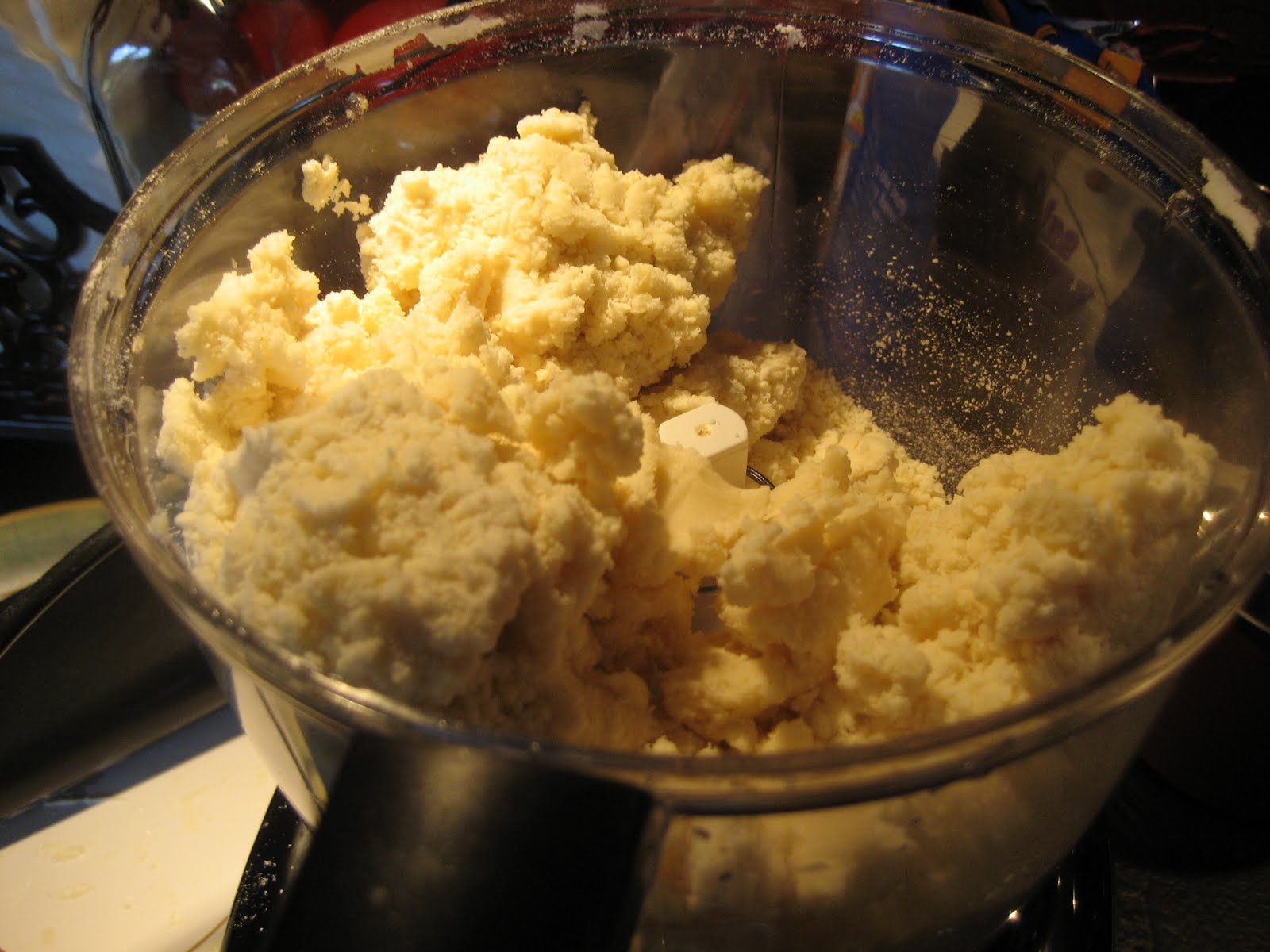 In a skillet over medium heat, cook the bacon until just crispy. Drain on paper towel lined plate and set aside. Crumble the bacon when cool to the touch.

Meanwhile, in a small saucepan, heat the thyme and cream over low heat to a bare simmer. Turn off the heat and let steep for about 5 minutes. Remove the thyme sprigs.

Remove the pie pan from the refrigerator. Slice the potatoes in half lengthwise and then finely slice the potatoes. Working in circles, arrange the potato slices in the pie crust, stopping to season each layer with salt, pepper, and about 1/4 of the crumbled bacon. Continue layering until the pie pan is nearly full. Top with an even layer of the cheese and gently pour cream around and over the entire pie, allowing it to seep down between the potato slices. (You may not use all the cream.)

Roll out the remaining disk of refrigerated dough. Cover the pie with the dough and crimp the edges closed. Brush the top and edges of the crust with egg wash. Make a few slits in the center of the top crust, for the steam to escape, and put the pie pan on a baking sheet. Bake the torte until the crust is browned and crispy and the potatoes are cooked through, about 50 to 60 minutes. If the crust edges get too brown, cover them with some strips of aluminum foil. Remove the pie from the oven and let rest at least 15 minutes before cutting into wedges and serving. 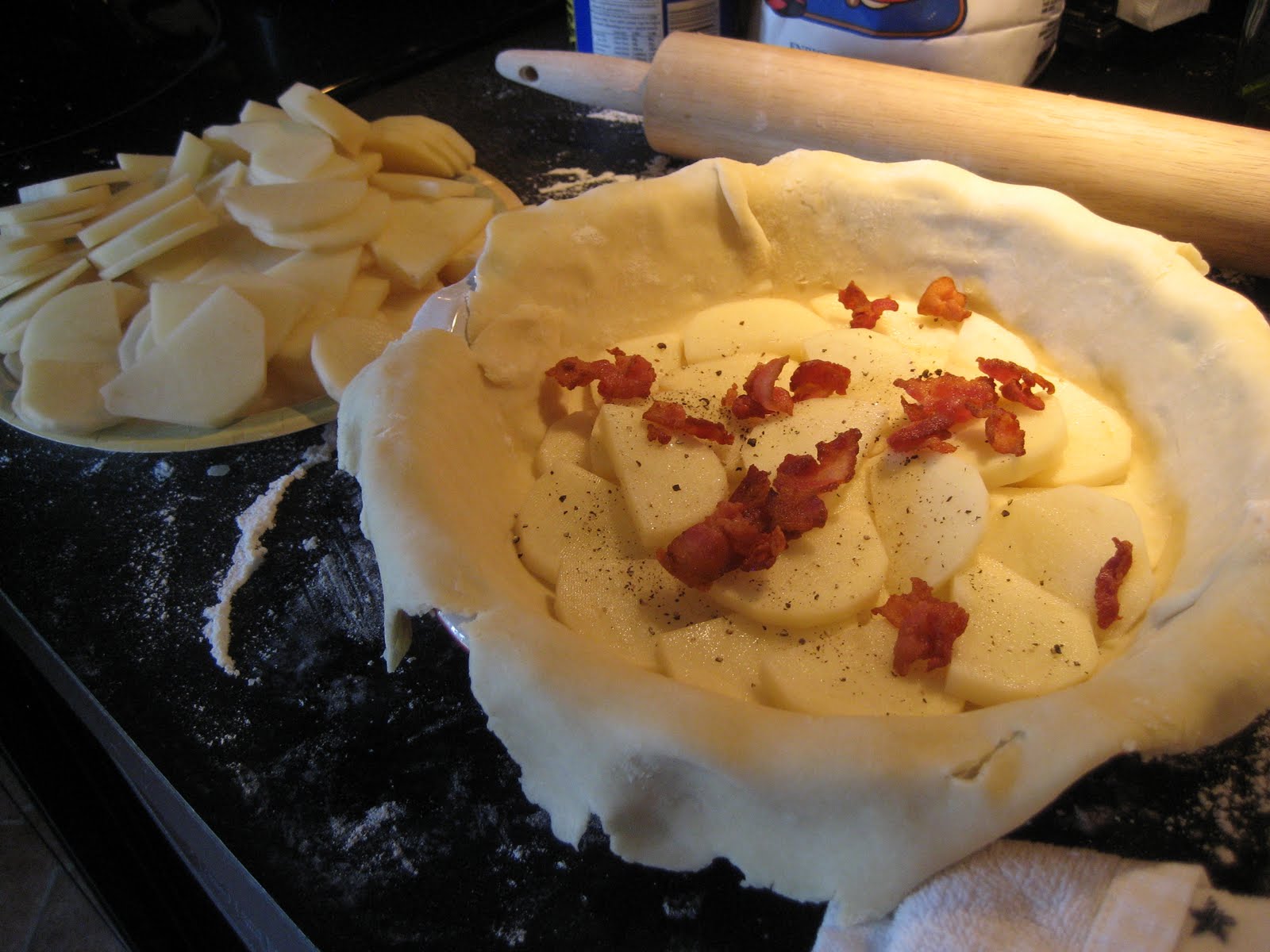 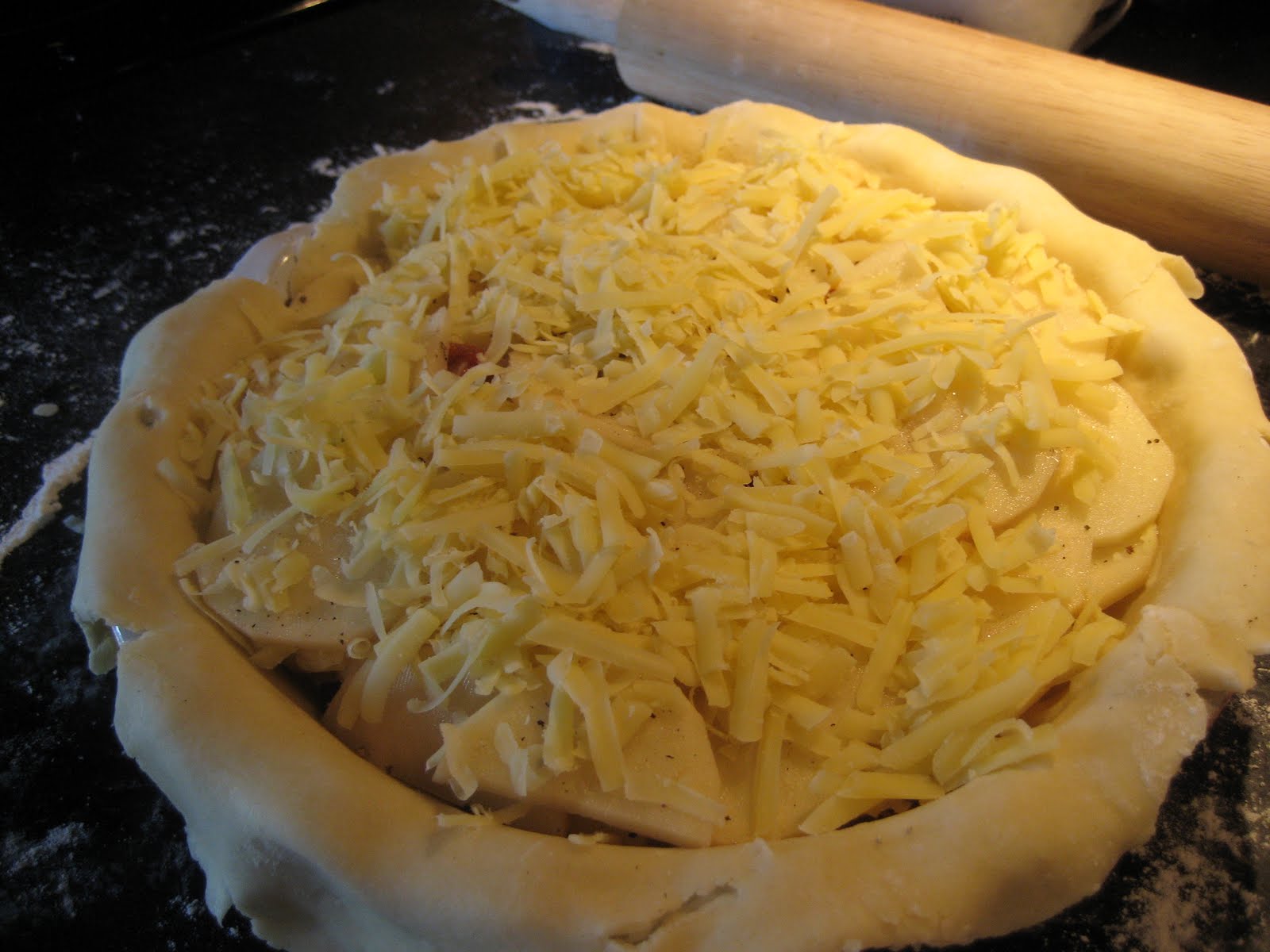 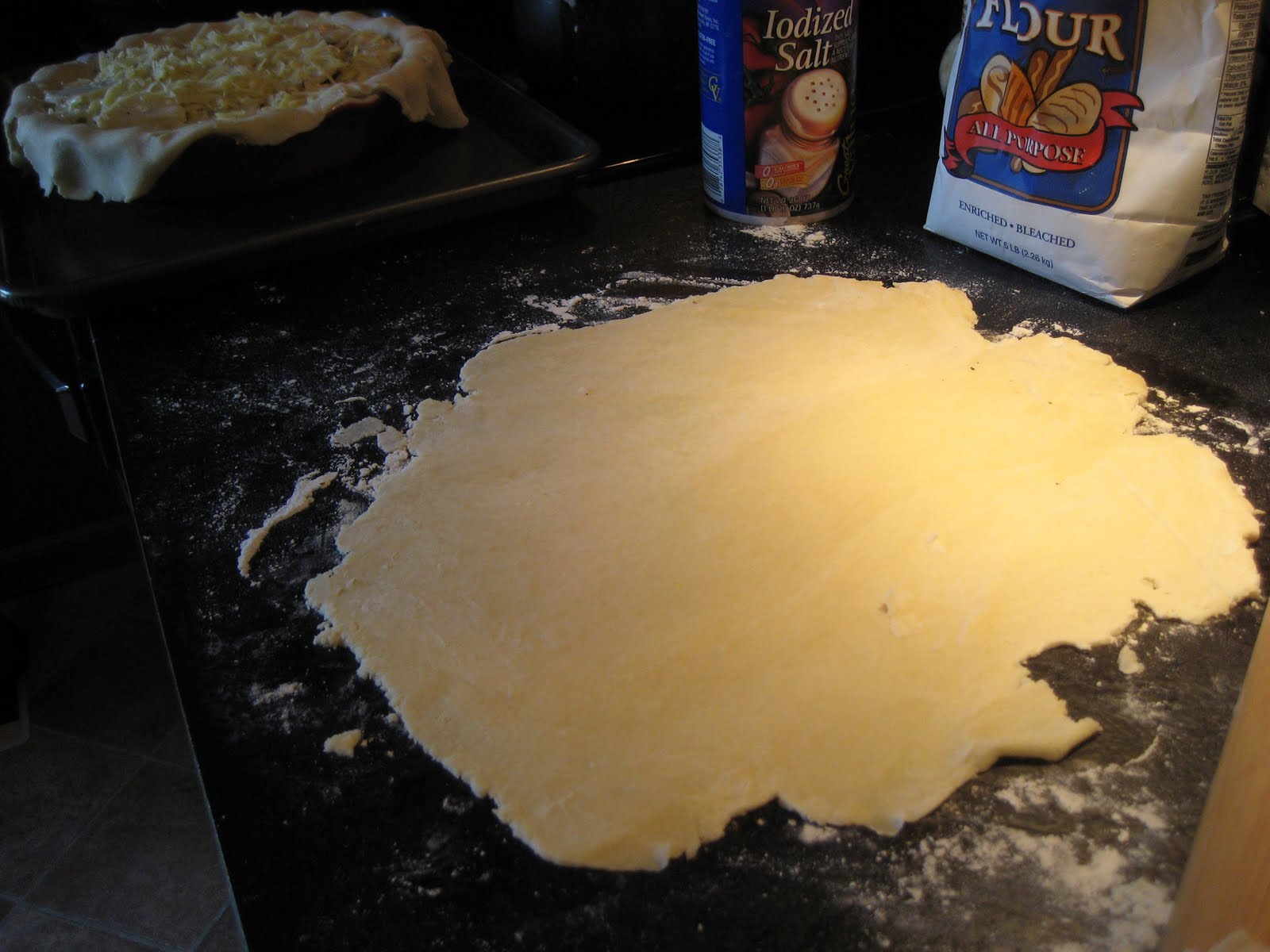 TIP!!! Place your pie pan on top of a baking sheet, this way it is easier to get in and out of the oven and because mine overflowed and you don’t want that on the bottom of your oven!! I was very excited because this was the first time I had used my red Emile Henry pie pan that my Aunt gave me! Thanks Heidi! 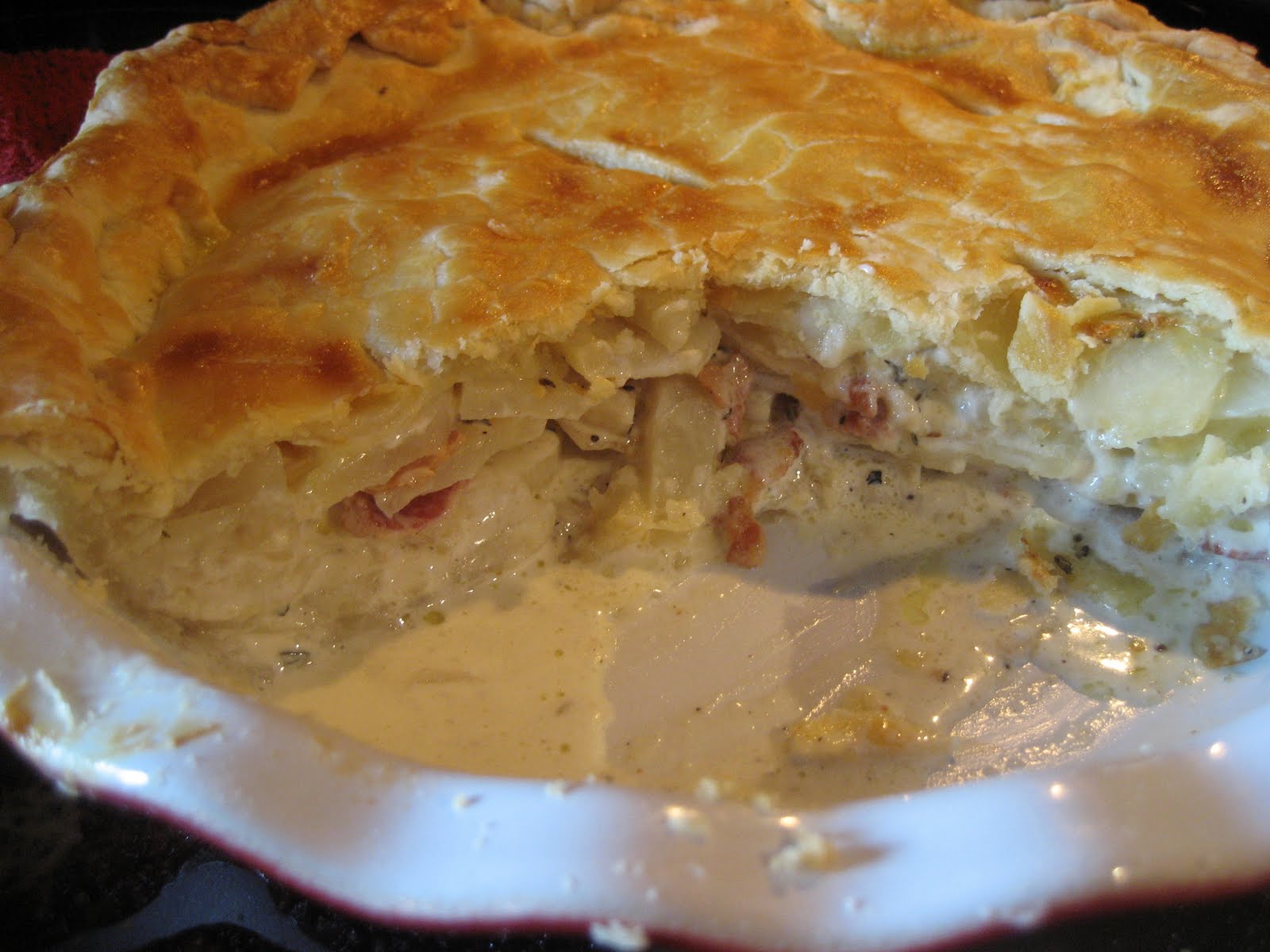 Rub the inside of a large wooden bowl with the garlic clove and then either discard it or save it for another use. Put the mustard in the bowl and whisk in the balsamic vinegar and soy sauce (a French secret!) vigorously for about 10 seconds to get a creamy consistency. Season with salt and pepper, to taste. Drizzle in the olive oil as slowly as possible with 1 hand while whisking as quickly as possible with the other hand to emulsify. Lay the salad greens on top of the dressing and toss just before serving. 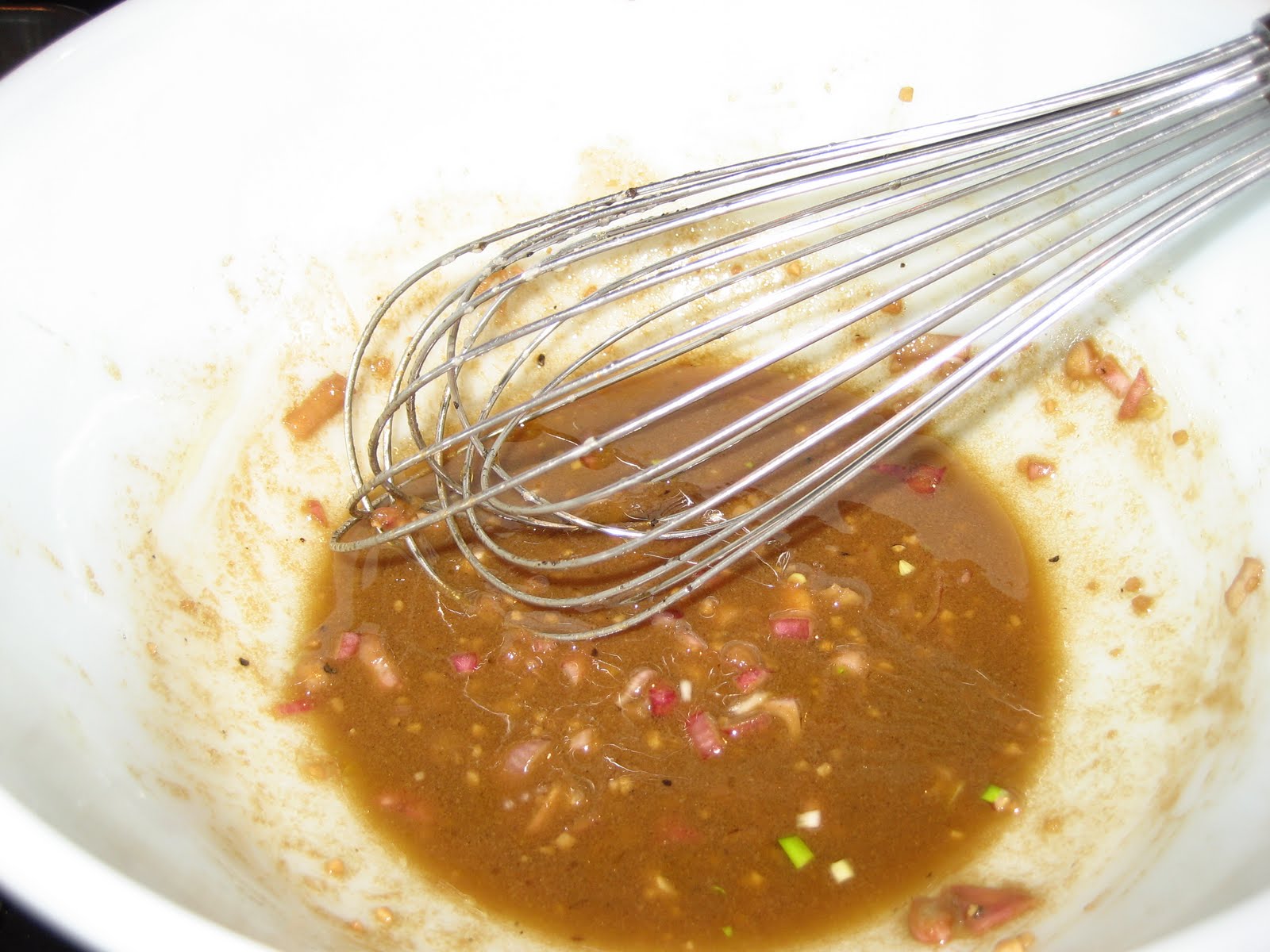 TIP!! I do not have a wooden bowl so what I did instead of rubbing the bowl with a clove of garlic was, I added 1 teaspoon of minced garlic to the dressing and it tasted wonderfully! 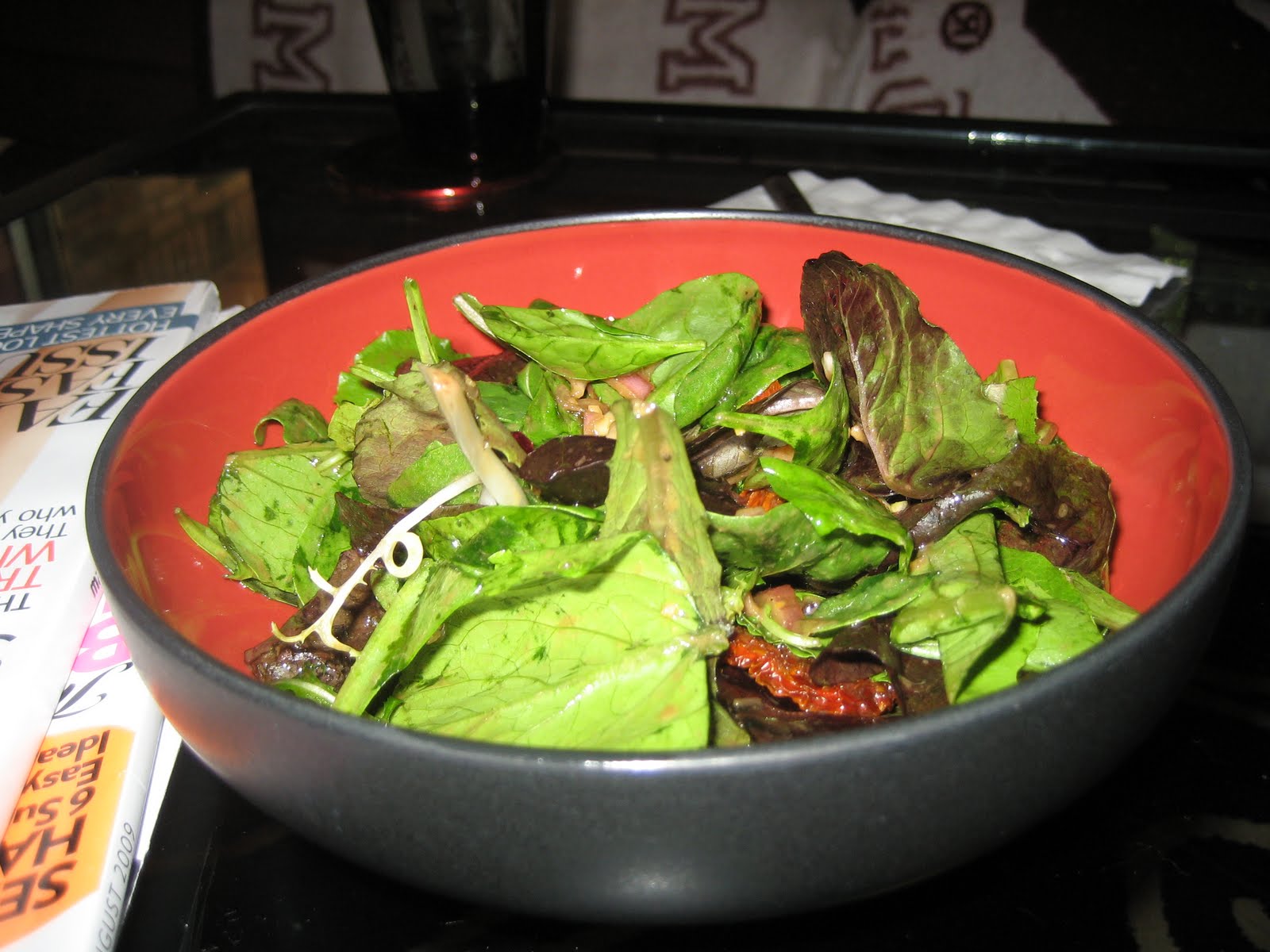 Now since my prep time plus cooking time was about 3 crazy hours I did a semi-homemade desert… I just bought Phillsbury Apple Turnovers and served with them ice cream and drizzled Carmel sauce over everything for a perfect finishing touch!! 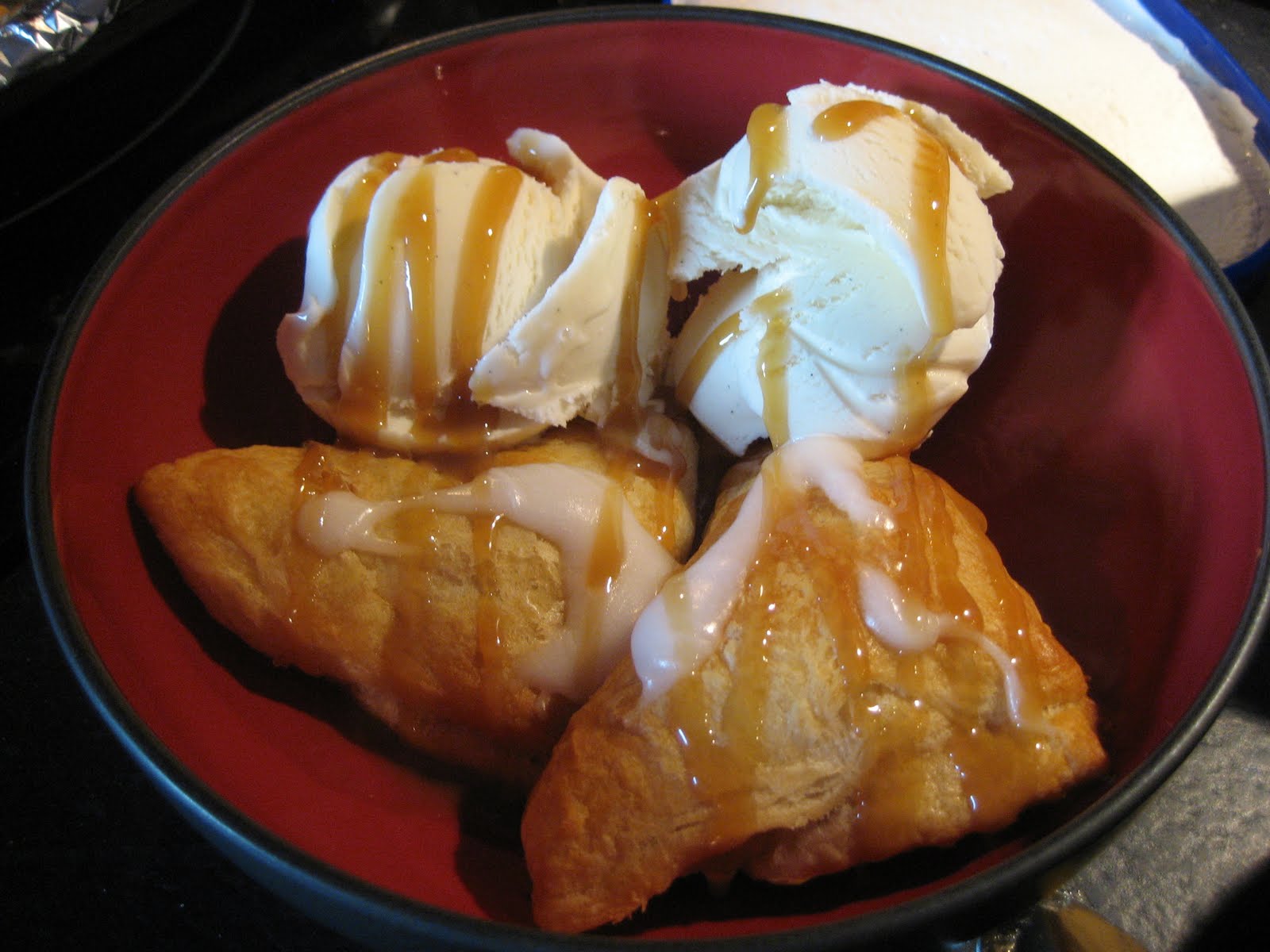 I realize this is not an everyday recipe but it was wonderful, very much a comfort food meal and I am considering making this meal for my night to supply food at our JH Board of Directors meeting. We shall see!!! I give this meal 2 thumbs up and now that I know what I am doing and will use frozen crust I think that will cut my prep time in more than half!