So I was thinking… I mean you all know my husband Matt, see his picture and read about him but I decided to share some interesting facts about my love Matt with all of you…..
1. He is pretty stinkin cute!!! It is pretty hard to image but this ladies man once had long hair during college and earrings?? I know! ha! I told him I would not of dated him like that so I am glad that was just a phase! 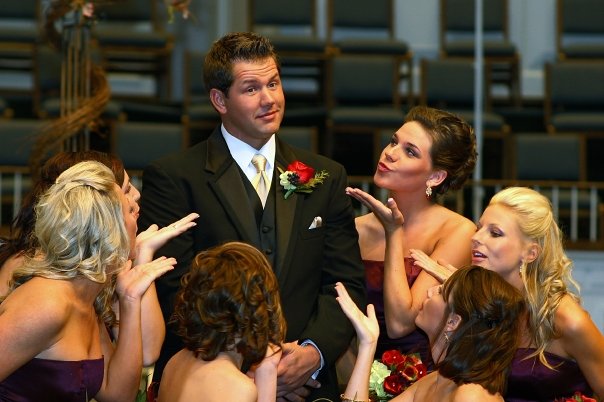 2. This is very special… this picture was taken while we were dancing at our wedding, I had made a huge 20min video montage that played on the screen at our reception and without knowing anything our photographer Sara (Sara’s Photo creations) captured us dancing with Matt’s late mother’s picture behind us. Each photo was only on the screen for 5 seconds so it is more much more than good timing that this picture turned out the way it did! 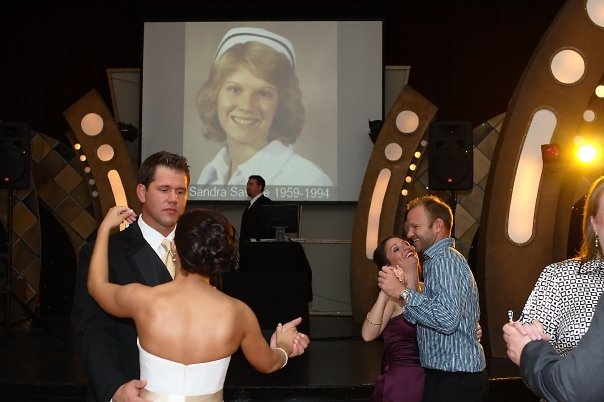 3. Matt was a High School & College baseball player! Nowadays he gives kids in junior high private pitching lessons (contact me if your interested..wink wink) and he also plays in a softball league! 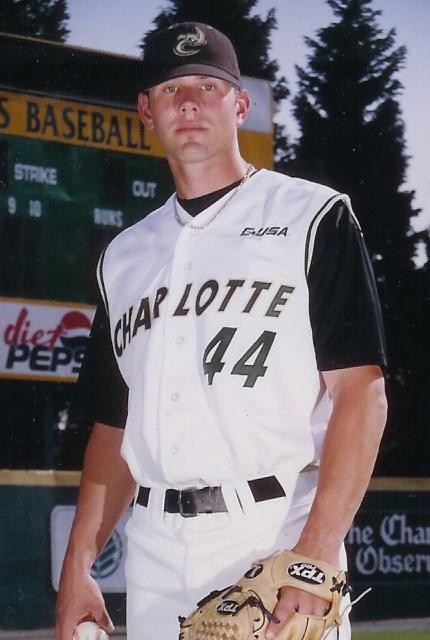 4. This past year Matt has taken up a new hobby …. Dirt Bike riding! I don’t get it but he loves it, this is Matt ready to roll all done up and on his bike!! 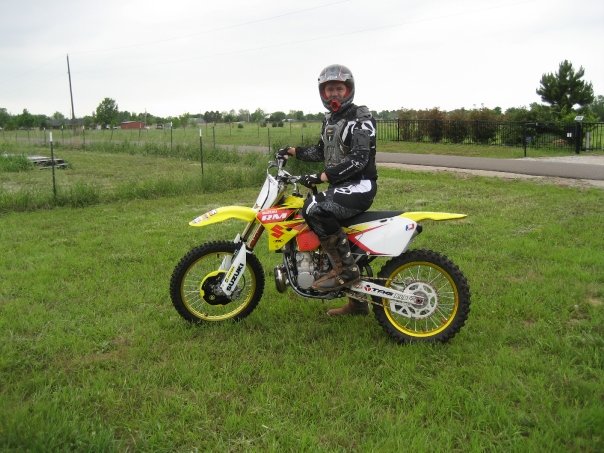 5. Matt is silly, just like me he is not afraid to laugh at himself or even occasionally join in when I am singing to the animals a silly made up song!(Don’t tell him I told you) 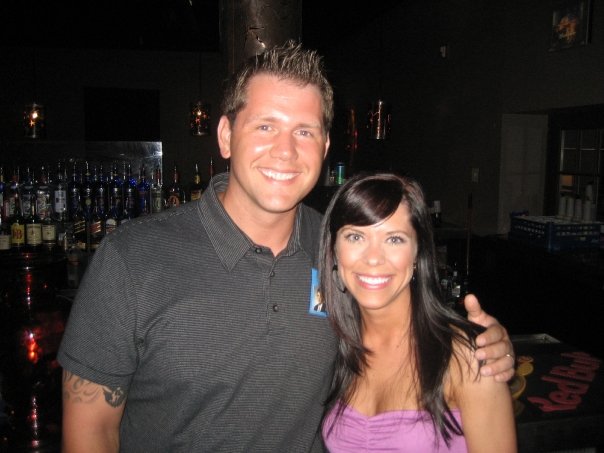 6. GOLF, Golf, golf!! Matt is a avid golfer he plays about once a week as well as in a golf league. (who knew they had those?) From what I hear he is pretty gosh darn good!! But I hold my own at Mini Golf! This is Matt is Branson and he says he Birdied this hole! 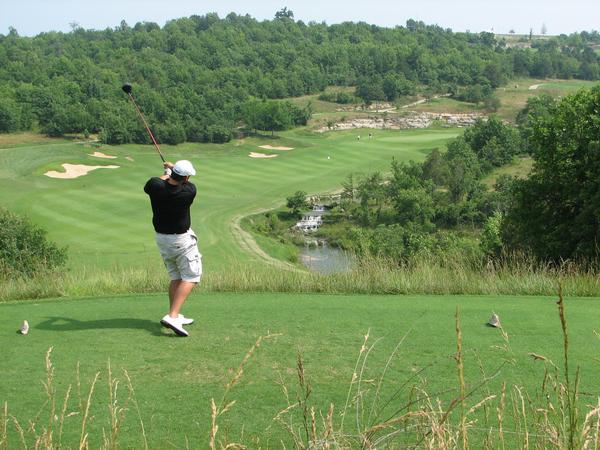 7. Tattoos…. I know when you see Matt in a suit you would NEVER guess in a million years that he has both arms done in 1/2 sleeves and then 2 other tattoos! I never use to figured myself for a tattoo girl but when I met Matt he already had 4 so what is more I say? I actually gave him the work below for Valentines Day 2 years ago I think! He already had the arm band with his initials and I thought it could use a little something something! And on his other arm he has a 1/2 sleeve with portion devoted to his mother. 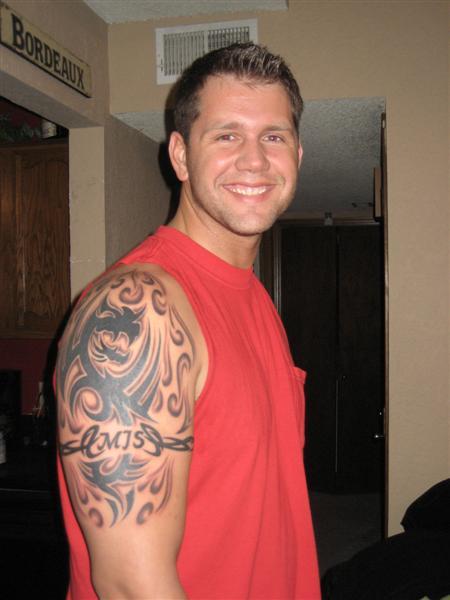 8. Matt is sooo good to our animals! I am lucky enough to have found someone who loves them as much as I do and they love him more than you know! I love love this picture below it is soo cute and makes me smile! It is Matt with Ralphie last summer! 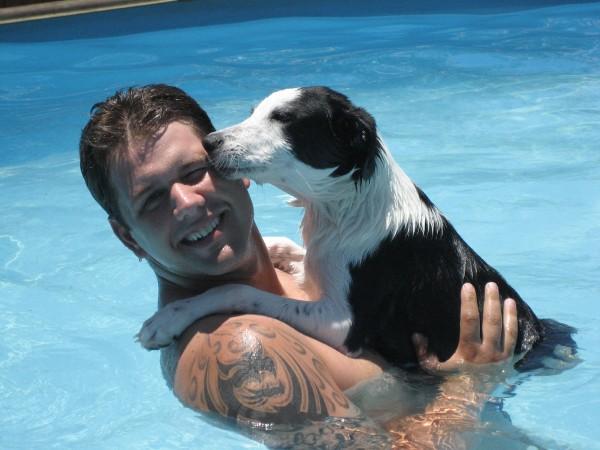 Those are just a few tidbits on my hubby so know you all know him a little bit better! Heck he does not even read my blog … this would embarrass him!! **Toodles**