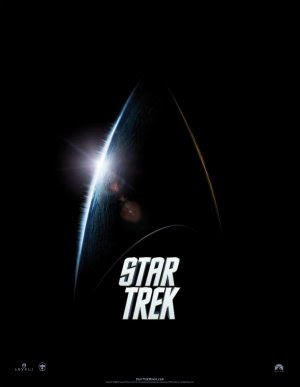 Matt & I luckily pre-bought our tickets to the 4pm Saturday show but we decided it would be best to get there early also…Good thing we did, we arrived 45min before showtime and we were directed to the end of a line that sent us to stand outside the very last theatre in a long hallway! WOW, I hope this lives up to the hype I am thinking and it sure did!! I give this movie TWO very entertaining thumbs up!!!
Let me preface by saying neither Matt nor I are “Trekkie’s” I never liked the old movies and never once watched the show but with JJ Abrams being the directors chair I got what I expected action, humor, and pure entertainment. This movie is set at the beginning a prequel if you will and shows how Captain Kirk became Captain Kirk!! And with no big names I loved seeing faces I knew from small movies and TV and don’t get me started on Kirk aka Chris Pine!!! (below) I was also shocked and barely recognized Erik Bana who played the “bad guy/alien” Nero, he was great at his role!! Yes, the movie theatre had people who came in character and yes their were people sporting “Spock Ears” but this movie is for everyone and no prior Star Trek knowledge needed! This movie lived up to every bit of the hype and more!!!!!! 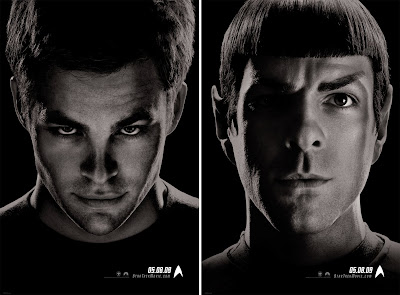