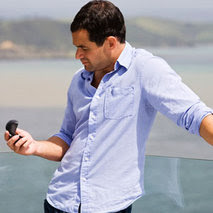 OK, unless you live under a rock then you have certainly heard about the ole’ Bachelor “Switcheroo”….

Last night single dad Jason picked his final 2 ladies Molly & Melissa and he was set to propose to one lucky gal in New Zealand. We all love a romantic ending so myself and countless others tuned in to see the happy ending and to hope that what we heard was false but sadly enough it was true………… Here is the Cliff Notes version…..

~ Jason chooses Melissa, he proposes and she is over the moon and the celebrate the night away with his young son Ty

~ Jason says he picked the wrong girl and he really loves Molly so of course in front of millions of viewers if the best place to break up with your fiance’ right?

~ Jason brings Melissa out and tells her it is over and he is in love with Molly, she is pissed of course and they exchange verbal banter while Jason cries ( go figure) Melissa storms off stage after telling him to never contact her again. Good for her!

~ Then 10min later they bring out Molly where he proclaims his love for her, they kiss and are set to be happily ever after!

This back story broke a couple of weeks ago on www.realitysteve.com you can go there to read the whole saga……….

WHAT? I mean how hurtful and rude is this show going to get? Melissa was discarded like an old shoe while Molly prances in to save the Bachelors torn heart. It makes me sick, he talks about how he couldn’t live a lie …yadda yadda but really? You needed cameras to do this?

The word is, he picked Molly early early on in the show so the producers came to him with this ratings scheme to have him pick Melissa and then dump her on TV, we would all think that someone with a heart would say no but good ole single dad was in hook, line & sinker. It was really painful to watch last night and I feel bad that I did watch it and that I contributed to ratings TV gold!